Canadians will get COVID-19 vaccines later than people in other countries because of a lack of domestic vaccine manufacturing capacity, Prime Minister Justin Trudeau said on Tuesday.

Canada is at a “disadvantage” because unlike countries such as Germany, Britain and the United States, Canada can’t manufacture vaccines at home, Mr. Trudeau said at a news conference in Ottawa. His concession comes as pressure on the federal government mounts to explain when and how Canada will be able to roll out vaccines for Canadians and after the federal government in August said Canada would be able to make 250,000 doses of vaccines by November.

Britain, the United States and Germany have all said their citizens could start getting COVID-19 jabs as early as next month and Spain has said it plans to start its vaccination campaign in January. Mr. Trudeau wouldn’t say when Canadians can look forward to the return to normal that would come with a vaccine roll-out.

The countries that have domestic pharmaceutical facilities are “obviously going to prioritize helping their citizens first,” Mr. Trudeau said. “But shortly afterwards, they will start honoring and delivering on the contracts that they signed with other countries, including with Canada.”

Among the people pushing for more information is Quebec Premier François Legault, who said he is “very anxious to know the date when we will be able to start vaccinating.”

The federal government has struck deals to purchase seven vaccines, which are still in development. They include ones from Moderna Inc., Pfizer Inc. and AstraZeneca PLC, all of which have shown successful preliminary test results. Last week at a House of Commons health committee meeting, senior officials told members of Parliament that unlike other countries, Canada has not struck licensing deals to manufacture the vaccines domestically.

Amir Attaran, a professor at the University of Ottawa with the School of Public Health and Faculty of Law, said the Prime Minister’s comments are “beyond preposterous” and that while Canada doesn’t have the ability to mass-produce a vaccine, it could make enough for vulnerable populations and health care workers.

“We’re going to end up being months later getting the vaccine to Canada in large part because the federal government failed to do the obvious thing, to license it as other countries have,” said Prof. Attaran, an immunologist by training. He pointed out that even though the AstraZeneca vaccine hasn’t yet been approved, India and Australia are already producing it in order to have stockpiles in place for when it is approved.

The different vaccines under development require different technology to produce, and while Canada doesn’t have the equipment needed for all of the possible vaccines, it does have the technology to manufacture the vaccine proposed by AstraZeneca, Prof. Attaran said. That vaccine, developed in partnership with Oxford University, is also among the least complicated to roll-out, because unlike the other vaccines, this one can be stored and transported at normal fridge temperatures.

In the summer, the Prime Minister went to Montreal to announce $126-million for a new biomanufacturing facility at the Human Health Therapeutics Research Centre. While that facility is under construction, the government said at the time that its $44-million spending on upgrades to the current facility there would allow it to manufacture 250,000 vaccine doses a month by November.

Mr. Trudeau told reporters his government tried to offset Canada’s manufacturing shortfall by striking deals with a “record” number of vaccine producers so that the country now has “one of the very best vaccine portfolios of any country around the world.”

“We’re expecting to start receiving those doses in the first few months of 2021,” he said, adding he’s “confident” that countries wont prevent the export of vaccines.

The Prime Minister’s admission that Canadians will get the vaccine after people in other countries was slammed by opposition parties, who have been pressing the federal government for answers about its vaccine program for months.

Conservative MP Michelle Rempel Garner said the Liberals need to “come clean” and give Canadians a timeline. And given that other countries have secured deals to manufacture vaccines and that Canada said it would have manufacturing capacity by November, NDP MP Don Davies said “the Prime Minister can’t stand back and act like this is just an unfortunate circumstance that has nothing to do with him.”

In a statement, John Power, a spokesperson for Innovation Minister Navdeep Bains, said the National Research Council is “actively engaging with partners” to strike a vaccine manufacturing deal for both the new facility that will be operational next year, and the current one.

While the federal government plans for the next phase of the pandemic, the provinces are trying to ramp up testing capacity, critical to controlling the spread of COVID-19 in the meantime. On Tuesday, Ontario Premier Doug Ford said his government is rolling out 1.3 million long-awaited rapid COVID-19 tests in remote areas and virus hotspots, as it faced opposition accusations it had dragged its feet.

The tests can produce a result in as little as 20 minutes but are considered less reliable than standard testing. The provincial NDP said the federal government had shipped nearly 100,000 tests to Ontario more than a month ago. Ontario Health Minister Christine Elliott said the tests had to be evaluated and allocated but were now being deployed as quickly as possible in select hospitals, long-term care homes and workplaces.

It was also not clear how many tests Ontario actually has. Federal Procurement Minister Anita Anand said Tuesday that Ottawa has sent two million tests to Ontario. But the province disputed this, saying it had so far received only 1.3 million tests.

With reports from Campbell Clark and Laura Stone 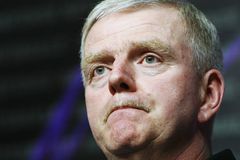 Explainer
Which COVID-19 vaccines are in development or approved for use in Canada? Here’s everything you need to know
December 29, 2020