Canada’s ambassador to China has agreed to provide a sworn deposition to a Texas judge, who is trying to determine whether McKinsey and Co. violated U.S. bankruptcy laws while he was running the giant global consulting firm.

Dominic Barton, who was named envoy to Beijing in September, and McKinsey have been locked in continuing legal battles with Jay Alix, the billionaire founder of the restructuring firm AlixPartners.

Mr. Alix has said in court documents that Mr. Barton failed to take corrective action after he brought the matter to his attention in 2014.

Mr. Barton turned over notebooks of conversations he had with Mr. Alix at the request of Chief U.S. Bankruptcy Judge David R. Jones on Dec. 3, who is presiding over the bankruptcy case of Westmoreland Coal Co.

The ambassador’s New York lawyer, Catherine Redlich, told The Globe and Mail that Mr. Barton will provide a deposition under oath on Jan. 22.

“Mr. Barton will travel to Houston and make himself available for a deposition in the Westmoreland case to refute the false allegations made against him by Jay Alix, the founder and largest shareholder of AlixPartners,” Ms. Redlich said in a statement.

The deposition will take place behind closed doors and it’s unlikely that the transcript of Mr. Barton’s testimony will be made public. However, portions of the transcript could be used at the trial when the case of Westmoreland Coal is heard before the U.S. Bankruptcy Court for the Southern District of Texas in February, 2020.

Mr. Alix has pursued McKinsey, including Mr. Barton, in courts throughout the United States for the past three years. He acquired a financial stake in several companies, including Westmoreland Coal, in which McKinsey has acted as bankruptcy adviser, and has sought standing as a creditor, arguing in court that the consulting firm has not properly disclosed potential conflicts.

The court wants to hear Mr. Barton’s side of the legal dispute, including allegations Mr. Alix made under oath that he brought his concerns about McKinsey’s disclosure practices to Mr. Barton in 2014 and that the then-global managing partner dismissed them.

Mr. Barton was in charge of McKinsey from 2009 to 2018 and stayed on as global managing partner emeritus until Sept. 4 of this year, when Prime Minister Justin Trudeau named him ambassador to China.

Gary Pinkus, chairman for McKinsey in North America, said Mr. Barton and Bob Sternfels, a member of McKinsey’s board of directors, will provide sworn statements about conversations they had with Mr. Alix.

“Jay Alix has recklessly and repeatedly made unsupported allegations of fraud and other misconduct against several individual McKinsey professionals. We look forward to Bob Sternfels and Dominic Barton setting the record straight in their depositions,” Mr. Pinkus told The Globe.

Mr. Alix also alleged in his deposition that Mr. Barton promised that the company’s restructuring unit, McKinsey RTS, would get out of the bankruptcy business, and later reneged and offered to steer consulting business to AlixPartners.

Mr. Pinkus provided statements to The Globe that Mr. Barton had made before he left the company in which he stated that he never said that McKinsey was acting “improperly,” he never told Mr. Alix that bankruptcy laws are not serious and he never promised to get out of the bankruptcy business.

Mr. Pinkus said Mr. Alix is waging “a relentless legal and media campaign based on false allegations to drive McKinsey out of the bankruptcy advisory space in order to advantage his firm.

Mr. Sternfels has previously stated that Mr. Alix’s allegation that “we would purposely not comply with bankruptcy laws is ludicrous.”

Court battles over bankruptcy cases have cost McKinsey millions of dollars in penalties imposed by the U.S. bankruptcy watchdog.

The New York Times and Wall Street Journal have reported that McKinsey is under criminal investigation for violating Chapter 11 bankruptcy laws by concealing conflicts of interest while advising bankrupt companies.

The newspapers say the investigation by U.S. federal prosecutors and a separate one by the U.S. Trustee Program cover the period when Mr. Barton was in charge of McKinsey. There is no indication Mr. Barton is under investigation. 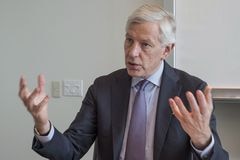 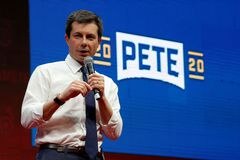