Canada’s acting top soldier says China’s investments in defence capabilities means the Western military alliance faces the prospect of being technologically outgunned for the first time since the early years of the Second World War.

Acting chief of the defence staff Lieutenant-General Wayne Eyre was speaking to the Senate committee on national security and defence Monday and was asked about China’s expanding military capabilities in the Pacific and whether he was concerned the West was not keeping pace.

He cited Beijing’s spending on cutting-edge technology such as hypersonic weapons, which allow missiles to travel extremely fast and dodge defences.

“This is something of grave concern to me. China is making massive investments into its military capabilities, including new technologies such as hypersonics, such as artificial intelligence, such as quantum computing,” he said in reply to a question from Senator Yonah Martin.

“And I would say for the first time since the early 1940s, we, the Western alliance, face a military capability overmatch both in terms of quality and quantity of the type of military capabilities that China is investing in.”

In military terms, an “overmatch” is when the capability of an adversary exceeds its rival’s.

The Canadian government’s latest budget, however, was tabled Monday and contained no new funds earmarked for such concerns. It announced nearly $850-million, over five years, for contributions to the North Atlantic Treaty Organization alliance, as well as $252-million over five years for continental defence through the North American Aerospace Defense Command. This amounted to a little more than 1 per cent of the $101-billion 2021 budget.

Beijing has been rapidly modernizing its armed forces and increasing its military presence in the disputed waters of the South China Sea and the East China Sea. It has long geared its military toward defending itself against the United States. China’s reported defence budget in 2021 – the equivalent of US$208.5 billion – is about a quarter of U.S. defence spending, which amounted to US$714-billion in the fiscal year 2020 and is expected to increase to US$733-billion in 2021. Many diplomats and foreign experts believe Beijing underreports the real number.

China claims “indisputable sovereignty” over almost all the energy-rich waters of the South China Sea, where it has established military outposts on artificial islands. It maintains this even though the United Nations-appointed arbitration court has ruled China has no historic title to the area.

“China is imposing its will on neighbours. We see that constantly,” Lt.-Gen. Eyre told the Senate committee, adding he believes the “threat to the rules-based international order is significant.”

David Perry, vice-president of the Canadian Global Affairs Institute, said he does not believe the U.S. military is broadly outgunned by China’s. He said, however, technological spending by Beijing means China is developing capability that outmatches the U.S. in certain areas.

He said Lt.-Gen. Eyre is essentially saying that “in certain specific and potentially very important areas, the Chinese are leading.

“The Chinese are not on par with everything, but they are investing very, very heavily and very adroitly in some areas, and they are very good – probably better than the West – in a lot of these,” he said.

Mr. Perry offered the example of hypersonic missiles, which travel extremely fast and can dodge and weave during flight to avoid interceptors.

“The type of self-protection missile defence systems that our frigates – or even our new warships being built – have aren’t really designed to defend themselves against the flight pattern of a hypersonic missile,” he said.

Lt-Gen. Eyre’s previous assignments include deputy commander at the United Nations Command in South Korea, the multinational force created in response to North Korean aggression more than half a century ago, which defended South Korea during the Korean War.

He said this South Korea post gave him insight into the region’s challenges and the risks of how “developing a sense of superiority, of overconfidence, coupled with a lack of communication, could lead to miscalculation and unintended escalation.”

The acting defence chief said Russia’s stepped-up military activities in the Arctic – and increased interest from China – are reasons why Canada needs to “put more focus on continental defence.”

He said with the “opening of the North” due to climate change, many are interested in the region – including the Chinese, who do not own territory in the Arctic.

Federally funded Canadian museum to shine a light on ‘genocide in China’ this week
April 19, 2021 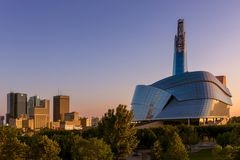 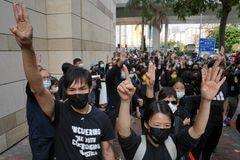 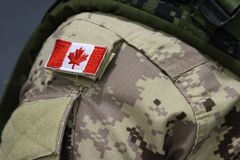