The federal government is turning to Canadian companies to make as many as 30,000 hospital ventilators as the country’s industrial base retools to focus on building critically needed medical supplies, Prime Minister Justin Trudeau announced Tuesday.

This effort will give this country, at least temporarily, a made-in-Canada capacity to produce many of the goods needed as infection rates and deaths rise.

Mr. Trudeau said 20 companies are also mobilizing to produce medical gowns, in some cases from the same material normally used to produce airbags for vehicles. Companies include clothing makers Canada Goose and Arc’teryx.

“As countries around the world grapple with this pandemic, the demand for critical supplies like test kits, ventilators and personal protective equipment is going up,” Mr. Trudeau said at his Tuesday morning briefing.

“To keep our front-line workers safe and care for Canadians with COVID-19, we need a sustainable, stable supply of these products and that means making them at home.”

Mr. Trudeau could not provide a precise delivery schedule for these new ventilators, but he said he expected them to be available “in the coming weeks and months.”

One of the companies – CAE Inc., a Montreal-based manufacturer that specializes in flight simulators – said its goal is to produce the first batch of devices in three weeks.

Asked whether he believed Canada would need another 30,000 ventilators, the Prime Minister said he hopes not, but Ottawa is required to prepare for the worst-case scenario. Those patients stricken worst by COVID-19 require ventilators to take over breathing for them.

“We certainly hope we won’t be needing all those ventilators," he said. "If we end up making more ventilators than Canada needs … that will be great news and we will have ventilators to share with other countries.”

He said Ottawa is working to build ventilators with CAE, Thornhill Medical and a group led by Starfish Medical, which includes auto parts giant Linamar Corp. Ventilators for Canadians, a consortium of Canadian entrepreneurs, is also on board.

CAE alone is planning to build 10,000 of these 30,000 ventilators announced by Mr. Trudeau within three months.

“There are still several steps yet before the first ventilators are delivered, but we are working very quickly with an objective to have the first batch of ventilators ready by the end of the month, should we be able to obtain the required regulatory approvals,” said Pascal Grenier, CAE’s vice-president of global operations, technologies and innovation.

The biggest challenge that CAE faces in meeting its target, which amounts to about 1,000 ventilators a week, is locating suppliers for all of the intricate parts that make up the company’s prototype, Mr. Grenier said.

The company’s manufacturing facility in Montreal can handle the production, and the company has called 150 employees back to work to make the machines, he said. “We cannot do it alone. We need the Canadian supply chain to support us,” he said.

Domestic production is ramping up as it becomes increasingly difficult to purchase medical supplies outside Canada.

“Global demand is going up, logistics are becoming a challenge, global supply chains are more unpredictable than ever before," Innovation Minister Navdeep Bains said in an interview.

Nova Scotia-based garment maker Stanfield’s Ltd. will use a fabric developed by packaging products company Intertape Polymer Group to supply protective medical gowns. Stanfield’s has signed a six-month, $24-million contact with the federal government to manufacture 2.6 million disposable medical gowns. The contracted requirement is for 100,000 gowns a week until the last week of October.

Ottawa has also signed a letter of intent to support airbag maker Autoliv as it works to repurpose material traditionally used for airbags to provide additional fabric for medical gowns. The government said using these alternative materials will “significantly increase the number of medical gowns” that can be made in Canada.

“The material for gowns has traditionally not been produced domestically,” Mr. Bains said. “It turns out that some materials used for construction – for house wrap – and car airbags can be repurposed for medical-grade gowns.”

Meanwhile in Ontario, auto parts maker Woodbridge Group, known for manufacturing car seats and trunk liners, has shifted focus to produce high-grade masks. All of the output is going to the health-care sector, said Flavio Volpe, president of the Automotive Parts Manufacturers’ Association.

In the past few weeks, nearly 5,000 companies have contacted the federal government to offer their assistance in fighting COVID-19, Mr. Trudeau said.

The government has contracted with Amazon Canada, which will use its Canadian distribution network as well as partners Canada Post and Purolator to deliver supplies as fast as possible. Minister of Public Services and Procurement Anita Anand said Amazon is providing this service at cost. 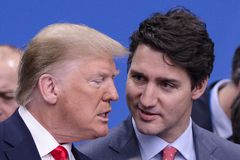 Ottawa and the provinces are navigating a ‘Wild West’ in the medical supply market
April 6, 2020 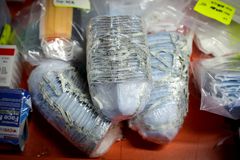 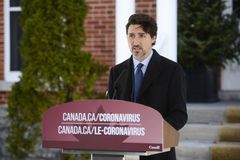 Follow Steven Chase and Greg McArthur on Twitter @stevenchase @McarthurGreg
Report an error Editorial code of conduct
Due to technical reasons, we have temporarily removed commenting from our articles. We hope to have this fixed soon. Thank you for your patience. If you are looking to give feedback on our new site, please send it along to feedback@globeandmail.com. If you want to write a letter to the editor, please forward to letters@globeandmail.com.
Comments