A Canadian-led effort endorsed by more than 140 scientists, former politicians and diplomats is asking the United Nations to take the lead on drafting an international treaty that would set uniform rules for mining in space.

There is widespread concern about a United States approach to mining in space that experts warn could result in a Wild West-style free-for-all where countries set their own rules for extraterrestrial resource extraction and friction develops among leading nations.

Advocates of a global treaty have written UN General Assembly president Tijjani Muhammad-Bande this month, asking him to seek a resolution that would initiate multilateral negotiations on the matter.

U.S. President Donald Trump has sparked unease with an executive order he signed in April that rejected the idea of outer space as a region that lies outside of national jurisdiction.

“Outer space is a legally and physically unique domain of human activity, and the United States does not view it as a global commons,” the Trump executive order said.

Signatories to the request for the UN to intervene believe space must be regulated internationally – similarly to Antarctica or the world’s seabeds – and all countries, including non-space-faring ones, get a say in decision-making. The alternative, they warn, could be a splintered approach where companies conduct flag-of-convenience resource extraction in space under whichever country has the least onerous rules.

The matter has become a pressing concern as the cost of accessing space has dropped dramatically because of advances in the miniaturization of technology and the advent of reusable rockets as pioneered by Elon Musk’s SpaceX.

One real attraction, experts say, is ice and water-bearing minerals that could be used to produce fuel in space, a potentially cheaper option than carrying terrestrial fuel that must escape Earth’s gravity. “The real interest is in using resources from space in space to support deep-space missions or develop an off-Earth economy,” says Michael Byers, one of the signatories and organizers who is Canada Research Chair in Global Politics and International Law at the University of British Columbia and co-director of The Outer Space Institute.

Prof. Byers said the matter is no longer a distant concern. ”We’re seeing more satellites launched in a year now than were launched in a decade during the late 20th century.”

A multilateral UN agreement would help minimize international conflicts over the coming race for space resources, the letter writers say.

The current international legal regime for outer space is based on five treaties that were adopted by the UN General Assembly more than 40 years ago.

The letter is also a response to the Trump administration’s efforts, in bilateral negotiations with Canada and other NASA partner states, to secure support for the U.S. position that commercial space mining can take place on the moon and asteroids under national regulation and even in the absence of broader agreement.

It’s expected that these negotiations – on what the U.S. has called the “Artemis Accords” – might demand Canadian government support for the U.S. position as a condition for sending a Canadian astronaut to the moon.

The Canadian government has already agreed to contribute a robotic Canadarm to the Lunar Gateway, a space station the United States plans to build in orbit around the moon.

Canada has also provided a laser altimeter, a scanning and measuring instrument, for a NASA probe, OSIRIS-REx, currently on a mission to secure a mineral sample from an asteroid.

Mr. Nye, best known as the host of the 1990s TV show Bill Nye the Science Guy, signed the letter on behalf of The Planetary Society, a Pasadena, Calif., non-profit that promotes space exploration.

Opinion
The United States is going back to space. But we have some things to figure out on Earth first
May 23, 2020 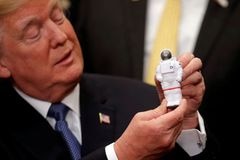 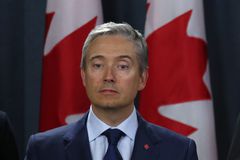 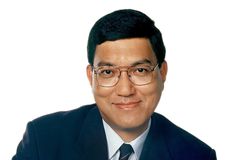