A Hong Kong-born Canadian who has worked behind the scenes to help dissidents flee the Chinese Communist Party’s crackdown in the former British colony says a threat has been made against his life.

Paul Cheng, who is in his 60s, is a retired computer programmer in Calgary and one of the founders of the New Hong Kong Cultural Club, a Canadian group dedicated to supporting pro-democracy efforts in the Asian territory.

In late June the group received three messages via Telegram, a software application for smartphones that enables encrypted communication. The first message was a recent photo of Mr. Cheng from a Calgary protest against the Chinese government. The second message addressed him directly: “Having lots of fun, eh, Paul? Don’t blame me for reminding you that if you keep stirring up so much stuff, no one will be able to protect you.”

The third message was an extremely graphic video of a beheading.

“They are telling me to stop doing what you are doing, and the video means they will kill me,” Mr. Cheng said.

The message was written in simplified Chinese characters, which are used in Mainland China, among other places, rather than traditional Chinese characters commonplace in Hong Kong and Taiwan. Mr. Cheng said the phrasing and sentence structure was in-keeping with how a Mainland Chinese writer would communicate. The threat was unsigned, although the sender’s account also used the name Paul.

Mr. Cheng has reported the threat to the RCMP and said officers told him to call the Calgary Police Service if he saw somebody following him. Mr. Cheng said he is now making the threat public in hopes of protecting himself and his family.

Mr. Cheng said he believes the threat is an effort to dissuade people from helping activists flee. The New Hong Kong Cultural Club has been identified in Chinese media as a supporter of asylum seekers, or what pro-Beijing journalists have derisively referred to as “asylum gangsters.”

“They want to show the world that it doesn’t matter where you are, if you are helping Hong Kong you will be in danger,” Mr. Cheng said.

Mr. Cheng said Hong Kong authorities would know him because of his logistics work in support of activists. Among other things, he has arranged airfare for their travel to Canada and is listed in a government registry as a director of the New Hong Kong Cultural Club.

A crackdown on civil rights in Hong Kong that accelerated in 2020 amid the global pandemic has steadily eroded the territory’s political and social freedoms that were unique in China, a legacy of the territory’s years under British control. China had signed a treaty promising that Hong Kong could retain autonomy over local affairs as well as civil rights for 50 years after the 1997 handover. But a sweeping new national-security law imposed on Hong Kong in June, 2020, has violated this pledge. Ostensibly to target secession, subversion and terrorism, the law contains vaguely defined offences that critics say effectively criminalize dissent and opposition.

More than 45 Hong Kong activists who arrived in Canada before the pandemic have already applied for refugee status while others have been forced to wait until COVID-19 travel restrictions end.

He said neither he nor his colleagues in the China pro-democracy movement have received such a violent threat before.

Jane Lee, co-founder of the New Hong Kong Cultural Club, called the threat against Mr. Cheng intolerable. “We are in a free and democratic country,” she said. She said it’s important for critics of the Chinese Communist Party to speak out and stop this “barbaric behaviour” from being repeated.

Cheuk Kwan of the Toronto Association for Democracy in China said the death threat is one of the “most severe cases of intimidation” he has heard of targeting critics of Beijing in Canada.

“This is the first one I have seen that uses a beheading video,” Mr. Kwan said. He said this is why critics of the Chinese Communist Party live in fear in Canada. “I have encountered several Hong Kong Canadians who would not even work with us [privately] on such mundane things like designing poster or editing a video for fear that their families in Hong Kong would get into trouble.”

Last November the Canadian Security Intelligence Service told The Globe and Mail Beijing routinely uses undercover state security officials and “trusted agents,” or proxies, to target members of Canada’s Chinese community in an effort to silence critics of President Xi Jinping, including threats of retribution against their families back in China. 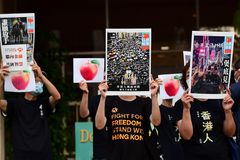 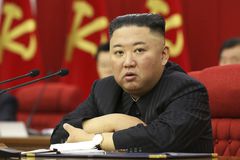 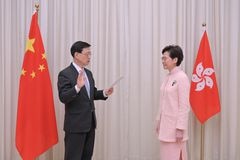