A network of safe houses for interpreters in Kabul is still operating to keep people out of the hands of the Taliban until they can be evacuated, but limited resources and the Canadian government’s response continue to make the situation uncertain.

The volunteer humanitarian effort was established to help those who worked as interpreters for the Canadian military, along with their families. Since their work with foreign forces made them a target for the Taliban, the Canadian government created a special immigration program to bring people to Canada. This volunteer network was set up to get people to Kabul, where they could board evacuation flights, and keep people in safe houses until they could leave the country.

Since so many people didn’t make it out of the country before the Taliban took control of the Kabul airport last month, there are still 2,000 people in the Afghan capital being supported by this humanitarian effort to keep them safe. Volunteers are working to provide supports for another three months, by which time they hope they can get people out of Afghanistan. However, a lack of clarity on government process, as well as a lack of funds, are making these efforts uncertain.

It all depends on Immigration, Refugees and Citizenship Canada, said Tim Laidler, the president of the board of directors for the Veterans Transition Network, the charity that’s fundraising for this initiative. “If IRCC starts approving people, we can get them out of our safe houses,” he said.

Though there’s still the issue of leaving a country that the Taliban controls, most people waiting in the safe houses haven’t had their application to come to Canada either approved or denied by the government, Mr. Laidler said, which means they’re waiting in Kabul to hear back. He said VTN needs “clarity” from the government on the issue.

“Getting an application approval would be a huge thing for their well-being,” added retired major-general David Fraser, who is also part of this effort to help Afghan interpreters. He added that they want to use this time wisely to get the paperwork done, so that when they can get people out of the country, they’re ready to go.

“Not hearing back is brutal,” he said. “If you went to a doctor and were getting tested for some sort of disease, what goes through your mind when you’re waiting for the test results?”

Maryn Lynn, a spokesperson for IRCC, said in a statement that the department is “working to process applications as quickly as possible. This work is not affected by the closing of the embassy in Kabul or the end of the air bridge. Our network of visa officers throughout the Middle East and in Ottawa are processing applications remotely and digitally, and are working around the clock.”

The statement goes on to say the department understands that Afghans are very anxious about the situation in Afghanistan and concerned for their families. “We are doing everything that we can to answer applicants as quickly as possible,” it said.

The safe house network was at risk when the Taliban first took Kabul, and is still a fragile operation that could be disrupted by the Taliban. They’ve been funded entirely by private donations.

It takes about $20,000 a day to provide shelter, security, food and other essentials to the 2,000 people they’re supporting in safe houses, Mr. Laidler said, which works out to about $1.8-million for the 90-day period. Mr. Laidler confirmed that VTN has received almost $700,000 in donations so far. That’s in addition to VTN’s initial fundraising goal of $500,000, which was met by the end of August, their first goal for having people out.

The United States finished withdrawing its military from Afghanistan at the end of August. The Taliban regained control of the country in the lead-up to that date, and on Aug. 15 the group took the capital, prompting a chaotic rush to evacuate people from the Kabul airport. This includes those who had formally supported Canadian military and diplomatic efforts within the country in roles such as interpreters or drivers, and who are now at risk of violent reprisals from the Taliban.

A former interpreter, who came to Canada in 2011 and has since became a Canadian citizen, travelled back to Afghanistan in the spring and ended up working as a volunteer with VTN’s safe house network. While his own extended family waited in a safe house for word they could get a flight out, he said he spent his days helping other families safely make the dangerous trip to the airport.

When it was finally time for him to leave, he said they were told that only his siblings and parents were permitted to get on the flight with him. He said his siblings had to make the choice to either leave their families and board the airplane, or stay behind with their spouses and children. The family had to split up: Some of them flew to Qatar and the rest stayed in Kabul. The interpreter, whom The Globe and Mail is not identifying because of the risk to his relatives, said having members of his family still in Kabul is the scariest situation he’s ever faced.

First flight of Afghans to Canada a ‘relief’ but advocates say more needs to be done faster
August 5, 2021 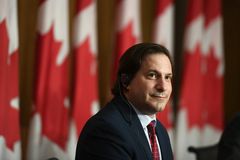