A Canadian senator is calling on Ottawa to speak out more forcefully about the erosion of basic rights in Hong Kong as well as Beijing's encroachment on the autonomy it previously guaranteed the former British colony.

“Each and every day it seems basic freedoms are being snuffed out,” Senator Jim Munson said.

Mr. Munson has been meeting with representatives of Hong Kong Watch, an advocacy group concerned about developments in the former member of the Commonwealth. The NGO was founded in 2017 by British human-rights activist Benedict Rogers after he was barred from entering Hong Hong.

Hong Kong Watch has been pressing Canadian lawmakers to use Parliamentary committee time to investigate the abuses of citizens’ rights and freedoms in the region, from the abduction of booksellers who were marketing political books banned in Mainland China to the imprisonment of political activists to what critics call efforts to intimidate critics and silence Beijing’s opponents.

“We want to be trading partners and neighbours [with China] but ... we still have the moral obligation to speak out on behalf of Hong Kongers who have become part of the fabric of our country.”

Canada has invested a lot in Hong Kong, he says.

The Canadian government rejects the notion that it has not sufficiently spoken out.

“The promotion and protection of human rights are core to our engagement with China. We firmly believe in the freedom of expression and peaceful demonstration,” Global Affairs spokeswoman Amy Mills said in a statement.

The Canadian government does not issue top-level statements from the Global Affairs minister in response to developments in Hong Kong. Ottawa appears more comfortable with low-key posts on Canada’s Hong Kong consulate Facebook page, such as one posted January 30 after Hongkonger Agnes Chow was denied the right to run for office because she advocates self-determination for the region.

Mr. Munson said Canada does not have to be preachy. “We can use our own country as an example of what free speech is about, [what] respect for the rule of law is about.”

Last year, Mr. Munson met with Hong Kong independence activist Edward Leung, who earlier this month was sentenced to six years in prison for his role in 2016 demonstrations that turned violent.

Under the terms of the handover of Hong Kong to China in 1997, Beijing committed to a “one country, two systems” approach to Hong Kong where it could maintain its capitalist way of life as well as the same political and social freedoms for 50 years.

In the past half decade, however, international critics have grown increasingly concerned about threats to basic freedoms and rule of law in Hong Kong that Beijing had guaranteed to uphold in the the Sino-British Joint Declaration. A recent report by former British diplomat Paddy Ashdown for Hong Kong Watch recounted how the “freedoms guaranteed to the people of Hong Kong in its mini-constitution, the Basic Law, have been increasingly eroded.”

Human Rights Watch, another advocacy group, accused the Mainland Chinese government of interfering in Hong Kong’s judiciary by handing down an “interpretation” of the Basic Law, compelling the High Court to remove six democratically elected legislators from office. Hong Kong authorities have also brought politically motivated charges against dozens of pro-democracy activists and barred some from running for the Legislative Council. 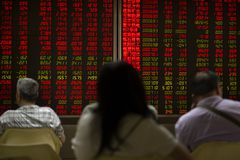