Canadians should be prepared for the possibility this country’s soldiers might be injured or killed as they head to Mali to join a particularly dangerous United Nations peacekeeping operation there, a senior federal government official said Thursday.

But the same official emphasized that Canada has taken extensive precautions to safeguard Canadian soldiers and the government is confident those deploying to the fragile African country have the right training and equipment.

“I think Canadians should understand the risk involved,” the official told a briefing on the Mali mission Thursday when asked if Canadians should prepare for “bad news” from the deployment.

“We fully understand those risks and have studied this extensively. Canadians should be prepared for those risks but they should be aware … we have done everything we can to mitigate those risks.”

The Canadian government would not allow those individuals conducting the briefing to be identified by name.

Up to 250 Canadian Armed Forces members are being deployed to Mali, along with eight helicopters, for a year-long commitment, where Canada will primarily fly medical evacuation missions for other peacekeeping soldiers operating there. Two of the helicopters are being sent as spares.

This represents a contribution to the UN peacekeeping force, known as MINUSMA, which co-operates with the Malian military on the ground. The Malian forces have been battling Islamists and other rebel groups.

It will be one of Canada’s first major peacekeeping efforts in Africa since the troubled missions in Somalia and Rwanda in the early 1990s.

Mali is considered the most dangerous UN mission in the world, with 170 peacekeepers killed since 2013. By some estimates, two-thirds of Mali’s territory is under constant threat from armed groups, including Islamist extremists.

Canada’s top soldier, General Jonathan Vance, the Chief of the Defence Staff, has pointed out however that only a few Western soldiers – generally better trained and equipped – have been killed. Even in the small number of cases involving helicopters, he has noted, all were connected to mechanical failure of the aircraft rather than enemy fire.

The government says the Canadian Chinook transport helicopters, escorted by armed Griffon helicopters, will also be used to move UN troops and equipment.

Canada is expected to begin flying medevac missions on Aug. 1.

The first Canadian soldiers arrived in Mali on June 24, and on Thursday the Canadian command team for the military operation – called Operation PRESENCE – departed from CFB Trenton. The remainder of the Canadian deployment should be in place by midsummer.

Up to 20 civilian police officers from Canada will also be sent to assist the UN mission and European Union mission to help Mali’s government re-assert authority throughout the country. Ottawa is still hammering out what their job will include.

One of the greatest risks for Canadian soldiers will be when they are landing the Chinooks to evacuate injured peacekeepers and could come under attack. Their main protection will be the armed escort helicopters, equipped with 50-calibre heavy machine guns, among other weapons.

Asked what the rules of engagement would be when facing attack, a government official said “for self defence, we will do whatever is required to protect our UN partners and Canadians.”

As for what Ottawa considers the likelihood that Canadian troops will die in Mali, an official conceded that “there is a risk, there absolutely is a risk,” but said the military has studied various scenarios in great detail as it strives to eliminate or reduce the chances of Canadian soldiers being harmed.

Federal government looks to deepen involvement in Mali by sending up to 20 police officers
July 5, 2018 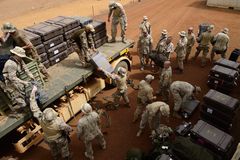 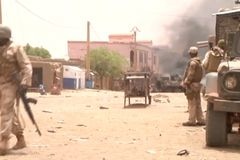 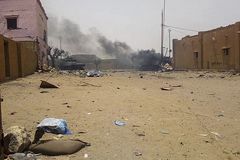 Opinion
Lessons from Somalia: Canada’s Mali mission must be about them, not us
June 28, 2018 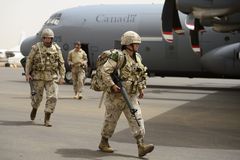