A Canadian delegation was among a group of high-profile targets that a man now convicted of terrorism planned to attack in Jerusalem last year, according to the Israel Security Agency.

Muhammad Jamal Rashdeh was sentenced to 11 years in prison in connection with the plot, The Times of Israel reported on Thursday.

Israel’s internal security service, known as Shin Bet, said in a statement issued in June, 2018, that Mr. Rashdeh had also been planning to assassinate Prime Minister Benjamin Netanyahu and Jerusalem Mayor Nir Barkat, and attack buildings belonging to the U.S. consulate in Jerusalem (which has now been converted into the new U.S. embassy). The statement said Mr. Rashdeh, a resident of a Palestinian refugee camp in eastern Jerusalem, received orders from a Syria-based terrorist group.

The Shin Bet said Mr. Rashdeh, 31, was planning to target senior Canadian officials who were in Jerusalem last year training Palestinian Authority forces in the West Bank. The statement was released to announce that Shin Bet had thwarted the attack. The information was not picked up by Canadian media at the time.

“It was learned that Rashdeh had planned to attack buildings that belong to the U.S. consulate and a senior Canadian delegation that was in Jerusalem in order to train Palestinian Authority forces in Judea and Samaria,” the Shin Bet said.

Judea and Samaria is the Israeli government term for the West Bank, a landlocked territory occupied by Israel since the 1967 Six-Day War. The area is at the core of the decades-long sovereignty dispute between Israel and the Palestinians.

The Times of Israel reported Mr. Rashdeh was arrested on April 24, 2018, and charged with terrorism-related offences on May 27, but Israeli security officials did not say when exactly when the attack was supposed to happen.

Canadian Armed Forces members and RCMP officers are based in the West Bank as a part of Canadian operations in the region.

Canadian soldiers and Mounties support Operation PROTEUS, Canada’s contribution to the Office of the U.S. Security Coordinator in Jerusalem, where they help train the Palestinian Authority Security Forces in the West Bank and promote peace. Three RCMP officers and 24 troops are currently deployed to the operation.

The RCMP represents Canada in the European Union Coordinating Office for Palestine Police Support, which assists the Palestinian Authority with policing and criminal justice. Deployed police officers also train and advise senior officials of the Palestinian Civil Police. The RCMP is authorized to deploy up to five members at a time but, according to its website, only one police officer is currently stationed with the operation.

Canada also has an office in Ramallah, a city in the West Bank, where its representative to the Palestinian Authority is based.

Global Affairs Canada and the RCMP did not respond to a request from The Globe and Mail to confirm that Canadians were targeted. National Defence said it cannot share information on continuing operations for security reasons.

According to the Times of Israel report, Mr. Rashdeh was taking orders from the Popular Front for the Liberation of Palestine – General Command (PFLP-GC), a Syria-based terrorist group that supports Syrian dictator Bashar al-Assad. The PFLP-GC, founded in 1968, was the first Palestinian terrorist group to use suicide squads, according to the Canadian government’s website, which lists the group as a terrorist entity.

The Shin Bet statement said Mr. Rashdeh, on instruction from the terrorist group, “carried out advance operations to gather intelligence on possible targets” in Jerusalem. He was living in the Shuafat refugee camp, where he held an Israeli ID card, and had been previously imprisoned for terrorist offences.

The security agency said the group also planned to bring a terrorist into Israel from Jordan to help with the attack.

Two other suspects were arrested around the same time, but the Shin Bet has not identified them. In a plea deal, Mr. Rashdeh was convicted of conspiracy to aid the enemy in wartime, preparing to carry out deadly terrorism attacks, spying and conspiracy to commit murder, according to The Times of Israel. 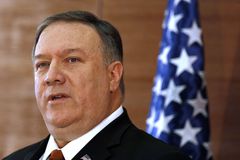 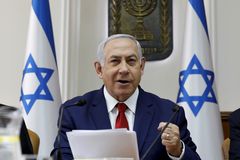 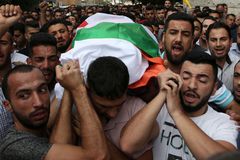