Ethics in government is shaping up as the biggest issue for voters in the approaching federal vote, outdistancing the economy, the environment and trade with the United States, according to a new poll conducted for The Globe and Mail.

A solid majority of 73 per cent of Canadians polled by Nanos Research say that ethics in government will influence their vote in the fall election, slated to take place on Oct. 21.

This comes after extensive coverage of the SNC-Lavalin controversy, in which the Liberal government of Prime Minister Justin Trudeau put pressure on then-attorney-general Jody Wilson-Raybould to stop the criminal prosecution of the Montreal-based engineering company.

There were also months of attention on charges against Vice-Admiral Mark Norman for allegedly leaking information on a naval supply vessel program. During the trial, which was ultimately aborted, the Liberals faced accusations in the House of Commons that the Prime Minister “interfered in the judicial process” by withholding documents from the defence and by denying Vice-Adm. Norman access to his own documents.

“What this speaks to is Canadians want to hear from politicians about ethics, transparency and how our government should run as a top issue,“ pollster Nik Nanos said in an interview.

“Many times people want politicians and elections to focus on problems that need to be solved. What happened in the SNC-Lavalin controversy, and issues related to Vice-Admiral Mark Norman, have added up to put a focus on ethics in government,” Mr. Nanos said.

“The Prime Minister put himself right in the middle of the controversy in terms of what he said and his intentions on SNC-Lavalin.”

On the SNC case, Mr. Trudeau has said he was acting to protect jobs. On the Vice-Adm. Norman case, the Liberals have said there was no political interference.

The polling company asked Canadians to rank the top issues that would influence their vote. The survey found that ethics in government ranked highest at 73 per cent; followed by the economy at 66 per cent; carbon tax at 53 per cent; and free trade with the United States and Mexico at 46 per cent.

Twenty-three per cent of Canadians said “ethics in government” would have a neutral influence on their vote and another 3 per cent said it would have no influence. Nanos Research randomly surveyed 1,000 Canadians; participants were recruited by live agents by phone (both land-line and mobile) and administered a survey online. The margin of error for the random survey is 3.1 per cent, 19 times out of 20.

Mr. Trudeau called the SNC-Lavalin story “false” when it was first reported by The Globe and Mail on Feb. 7 but later confirmed that high-level discussions took place in an attempt to convince Ms. Wilson-Raybould to grant a deferred prosecution agreement (DPA) to help the Montreal firm out of its legal difficulties. He still insisted the former justice minister and attorney-general was not subject to undue pressure.

SNC-Lavalin is facing charges of paying $4-million in bribes to influence contracts in Libya between 2001 and 2011. Federal prosecutors also allege the company defrauded a number of Libyan institutions out of $130-million over the same period.

A DPA would have allowed SNC-Lavalin to avoid prosecution by accepting responsibility for the wrongdoing, paying a financial penalty, relinquishing benefits gained from the wrongdoing and putting in place compliance measures.

In late May, a Quebec judge ruled there is enough evidence to proceed to trial.

Vice-Adm. Norman, the former vice-chief of the defence staff, was suspended as the military’s second-in-command in early 2017 and charged last year with breach of trust over an alleged leak of information involving a naval supply ship contract with Davie Shipyards in Quebec City.

In early May, the Public Prosecution Service said that new information provided by Vice-Adm. Norman’s defence team prompted the decision to stay the charge.

Opinion
For Trudeau, Trans Mountain. For Scheer, a climate plan. Why both leaders are making announcements this week
Subscriber content
June 16, 2019 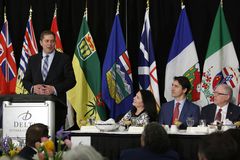 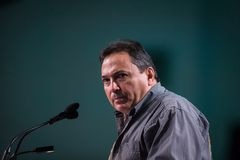