This is not about electoral politics, Prime Minister Justin Trudeau said as he unveiled federal carbon-tax rebates on Tuesday. But of course it is. And it should be.

Everything about climate-change policy in Canada right now is about electoral politics. There’s still a big, basic political decision to be made: Will Canadians take broad steps to reduce greenhouse gas emissions?

So of course Mr. Trudeau is trying to make his carbon-tax policy more palatable to voters. The Liberals are trying to divvy up the revenues (in the four provinces where the federal tax will apply) in ways that makes it more popular.

Most families will get rebates from new carbon tax, Trudeau says

The Conservatives – both Andrew Scheer’s federal party and its provincial cousins, notably Ontario Premier Doug Ford’s Progressive Conservatives – are dead set against a carbon tax and out to discredit it. That’s electoral politics, too.

Argument 1: Carbon taxes don’t do anything. This is often said, but flimsy. It flies in the face of the most reliable law of economics. If you make something more expensive – such as burning fuel or emitting carbon – people will try to do it less. It’s been true in British Columbia. One can question the extent of the reductions, but not whether there will be reductions. Oddly, critics sometimes combine this with:

Argument 2: You have to raise carbon taxes much higher/way too high to meet Paris Accord climate targets. This argument assumes carbon taxes work, but suggests there is no point in applying them unless the effect is large enough to meet targets. But reducing some emissions is better than none.

Argument 3: It’s a tax grab. It could be, but it doesn’t have to be. The point is to raise the price of emitting carbon, so the revenues can be redistributed to Canadians. Mr. Trudeau’s Liberal government will send 90 per cent of the revenues to households, and 10 per cent to municipalities, schools, hospitals, and so on.

Argument 4: It’s an attempt to buy votes with Canadians’ own money. It’s either a tax grab or it’s a vote bribe, but not both. Redistributing the money doesn’t affect the impact on emissions. But it certainly is politics – it’s being done in a way designed to win support for a controversial measure.

Argument 5: It’s a trick! How can you collect money and give it back? Mr. Scheer called it a “gimmick.” But it’s not complicated. The government can levy a tax on how much fuel is burned, and send back the money on a per-household basis. The figures can be audited to prove it.

Argument 7: There is a better way to reduce emissions. This is the most credible type of argument. But so far, it’s not the argument made by political opponents.

Many economists believe a carbon tax is the most cost-efficient way to effect broad-based reductions in emissions. But it’s not the only way. Phasing out coal-fired power plants has a big impact. Regulations like that have costs, usually bigger ones, but they’re hidden. Still, they might be more politically palatable, or faster.

But the political opponents to a carbon tax don’t really offer them.

Saskatchewan Premier Scott Moe has a climate plan that relies in large part on the hope that technology will fix things. That includes carbon capture and storage, which, so far, is so expensive that companies won’t spend the money. The only way Mr. Moe could get companies to pay for carbon capture would be to impose a massive carbon tax.

Mr. Scheer promises that his federal Conservatives will have a plan. His party hasn’t had a broad-based emissions-reduction policy since 2007, when Stephen Harper’s government proposed a plan that would put a “market price on carbon.” And Mr. Scheer isn’t going to find policies that have no cost.

So far, carbon-tax opponents are telling voters that having no emissions-reduction policy is better. 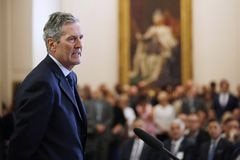 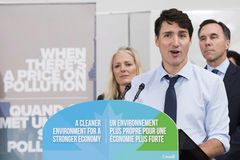 Globe editorial: For the Liberals, a spoonful of sugar helps the carbon tax go down
October 24, 2018 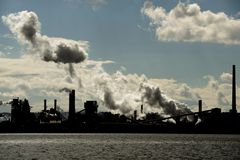