A Carleton University student’s group is warning members to avoid upsetting Chinese officials during a coming visit to the country’s embassy in Ottawa by making comments that are not “respectful of our hosts” on topics such as the Hong Kong protests, mistreatment of Uyghurs or the sovereignty of Taiwan.

The Carleton International Relations Society even provided a list of subjects where students should exercise caution when talking to Chinese diplomats.

“Bearing in mind we are guests at the Chinese embassy and given the current political climate, please be aware of the sensitivity of key issues such as Hong Kong, Uyghurs, South China Sea and Taiwan,” the student group told members in an application form for those who wished to visit the embassy Nov. 28.

“Please be respectful of our hosts."

A source familiar with operations at the Carleton University group said members were not handed a list of sensitive topics before similar meetings earlier this school year with Palestinian officials or the German embassy or the Japanese embassy. The Globe and Mail is keeping the source confidential because they were not authorized to speak publicly about this matter.

Natalie Hui, a member of the group Canadian Friends of Hong Kong, said she fears Canadian students are engaging in self-censorship when talking to the Chinese embassy. “Universities should be fortresses of freedom of speech and critical thinking,” Ms. Hui said.

David Mulroney, a former Canadian ambassador to China, said the Chinese government, in both major and minor conversations with Canadians and other foreigners, is very adept at “managing the conversation” and convincing others to mute criticism for fear of offending.

He said it’s unfortunate Canadians feel the need to temper their comments in speaking to Chinese diplomats. “This is the antithesis of diplomacy or effective international relations. It’s self-censorship and it’s succumbing to China’s strategy: to manage the conversation in such a way in that issues that China considers sensitive or difficult are not mentioned, even if they are issues of great importance.”

Alexander Waworuntu, president of the Carleton International Relations Society, said the student group is not trying to control its members. He said the cautionary note and the list of sensitive topics “was something we decided internally" and was not requested by the Chinese embassy.

"Given that not everyone is educated on the issues, we don’t want an instance where our relations with the Chinese embassy, or any embassy, is hurt.”

He said the cautionary note is merely “precautionary material” and doesn’t reflect what "we think or what students should think.”

Mr. Waworuntu said the Carleton group’s purpose is purely educational: to promote interactions between students and diplomats, and to instruct members on how diplomats operate. He said the society is mindful it must “respect our hosts" when students are invited to speak with foreign delegations. "If you were invited to someone’s house would you accuse them of something? Or would you rather explore the issue?”

The list of red-flag topics for Carleton students is among those on which the Chinese government has little tolerance for debate. These include the fate of the Uyghurs in China’s Xinjiang province, where an estimated one million are locked up in internment camps; Tibet, forcibly annexed by China in 1951; or Taiwan, the self-ruled island that China considers a wayward province.

China has also taken heavy criticism for how the Beijing-backed administration in Hong Kong is handling difficult protests – a region where an estimated 300,000 Canadians live. And there are continuing flareups in the South China Sea where Beijing has been accused of a military buildup to support disputed territorial claims.

Mr. Mulroney said Chinese diplomats “are exceptionally tough” and “can deal with hard questions without batting an eye. But they’re rather not have to do that. They want to put you on the defensive," he said.

“Hong Kong and Xinjiang are two of the most important human rights and democratic rights issues anywhere on the planet and for students not to challenge the Chinese makes you wonder why they are going to Chinese embassy in the first place.” 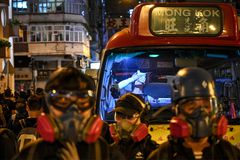 Opinion
Canada has lost its voice on human rights in China
November 19, 2019 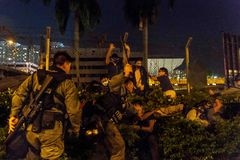 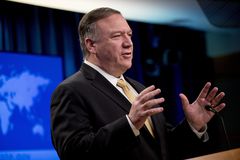