The 2021 federal census will obtain greater data on Canadians’ recent job experiences and their means of commuting in a bid to help all levels of government to prepare their work force for the post-pandemic economy.

For the first time, the census will ask respondents to list all of the means of transportation that they use to get to work, instead of only listing the single method on which they travel the longest distance.

Statistics Canada will also start asking Canadians who worked part-time in 2020 or only for a part of the year to explain why they did not work full-time or for the entire year. The options that will be offered to respondents will include the fact they cared for their children or relatives, had an illness or disability, were students or unable to find other work.

Canadians will be asked to fill out the census in May, 2021.

Parisa Mahboubi, a senior policy analyst at the C.D. Howe Institute, said the data will be useful in helping governments to decide which parts of the population need job training or new policies to help them return into the work force. However, she said the results of the 2021 census will need to be treated with caution.

“We need to be really careful about how we read the data,” Ms. Mahboubi said. “We will definitely see some changes from the previous census, but whether the changes are permanent or temporary because of COVID-19, that will be the tricky part.”

Innovation Minister Navdeep Bains, who is the lead cabinet minister on the census file, said the new questions on the Canadian work force are designed to get information on “vulnerable populations” and how they are coping with new economic realities. He said the questions will help all levels of government to offer better services to various communities and groups.

On commuting, he said the questions will help governments to design transportation projects, saying the data will be useful is for “infrastructure planning and the environment.”

In terms of other changes, the census will ask respondents not only about their sex at birth but also their current gender identity. This will be the first time the census counts transgender Canadians, while also allowing respondents to offer a different answer from male or female as their gender.

“At this time, we don’t have particularly reliable information about what proportion of the Canadian population is transgender,” said Aaron Devor, chair in transgender studies at the University of Victoria. “I believe this is unique in the world and will have far-ranging impact to lead the way for other countries.”

Officials at Statistics Canada said the question on gender identity, in addition to a new method of asking about the respondents’ ethnic and cultural origins, will offer a better understanding of the situation facing various groups and communities in the country. On the question of ethnic origin, the census will no longer offer a small number of examples, referring instead to a list of hundreds of possible answers on the Statistics Canada website.

“That will allow Canadians to report their origins free of influence from any examples on the questionnaire,” said Lynn Barr-Telford, assistant chief statistician.

Still, there are concerns that the new way of asking the question on ethnic origin will not address the sharp drop of respondents who identified as Jewish in the 2016 census when that category was no longer offered as an example on the questionnaire.

“We remain concerned by the absence of examples of ethnic origin, including ‘Jewish’ directly within the question. This may risk a repeat of the failure seen in the last census, which inaccurately reduced the number of Jews reported in Canada,” David Cooper of the Centre for Israel and Jewish Affairs said. 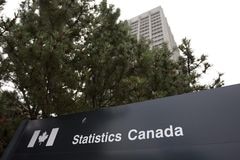 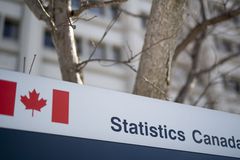 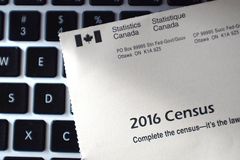