Asked on Wednesday during Question Period whether the Canadian government would consider Magnitsky-style sanctions against Chinese officials, Mr. Champagne replied:

“The answer will be simple. Yes, we are considering all the options when it comes to standing up for human rights.”

China has warned Canada to prepare for retaliation after Ottawa scaled back relations with Hong Kong over Beijing’s security crackdown there. China’s Foreign Ministry spokesman Zhao Lijian said on Monday that “all consequences shall be borne by the Canadian side” for suspending an extradition treaty with Hong Kong and ending military exports to the city.

The Foreign Affairs Minister was asked about reports last week that the Chinese government is forcing birth control on its Muslim Uyghur population to suppress the minority ethnic group in what critics call genocide.

Mr. Champagne called the news troubling. “We are deeply disturbed by the reports we have; we are consulting with the international community.” He said Canada would stand up for human rights.

Mr. Champagne said he was talking to his counterparts in the other Five Eyes countries – the United States, the United Kingdom, Australia and New Zealand – to “explore additional steps we can take.” Canada has said it’s considering immigration measures to help Hong Kong citizens.

Mr. Champagne declined to say whether Canada is prepared to recognize what Beijing is doing to the Uyghurs as a continuing genocide or as crimes against humanity when asked by Conservative MP Garnett Genuis.

“I am also deeply disturbed,” Mr. Genuis said. “But we should be clear that our thoughts and our prayers are not enough.”

The Canadian government has faced repeated calls to impose sanctions on Chinese officials under its version of the Magnitsky Act, a law named after Russian tax expert Sergei Magnitsky, who was tortured and died in a Moscow prison after uncovering fraud in Russia. Advocates include former Liberal justice minister Irwin Cotler, Hong Kong-Canadian pro-democracy groups and Canadian senators.

The Associated Press reported last week that birth rates in the mostly Uighur regions of Hotan and Kashgar in Xinjiang province plunged by more than 60 per cent from 2015 to 2018, the latest year available in government statistics. The hundreds of millions of dollars the government pours into birth control have transformed Xinjiang from one of China’s fastest-growing regions into one of its slowest in just a few years, according to new research.

Alliance Canada Hong Kong, a Canadian umbrella group for Hong Kong pro-democracy advocates in this country, has provided Mr. Champagne with a list of Chinese officials it recommends be sanctioned for their conduct in Hong Kong and Xinjiang.

The suggested targets include Chen Quan-Guo and Zhu Hai-Lun, two Chinese Communist Party officials seen as instrumental in the detention camps that have held hundreds of thousands of mainly Muslim people – most of them Uyghurs – as part of a deradicalization campaign. Others include former Hong Kong Police commissioner Stephen Lo Wai Chung and Chris Tang Ping-keung, the current Hong Kong police commissioner. They presided over the force during the past year, a period in which Amnesty International and other human-rights groups have documented arbitrary arrests, brutal beatings and torture of pro-democracy protesters.

Western countries including Canada have condemned a new “national security” law Beijing imposed on Hong Kong, which has been called a severe erosion of the freedoms promised the former British colony when it was handed over to China in 1997. In early July, the U.S. Congress passed a bill calling for sanctions on Chinese officials and others who helped violate Hong Kong’s autonomy. 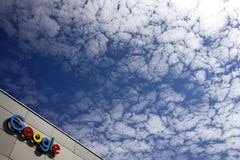 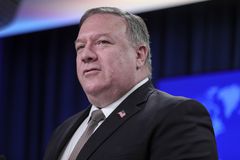