Children continue to spend time in immigration detention centres across Canada or be separated from a parent who is being detained, two years after the Public Safety Minister ordered border agents to stop the practices, according to a new report.

The treatment of migrants held in Canada’s immigration holding centres made headlines in 2016, when a 16-year-old Syrian boy was detained in isolation for three weeks. Public Safety Minister Ralph Goodale responded in November, 2017, with a ministerial directive ordering Canada Border Services Agency (CBSA) to “stop the detention or housing minors and family separation, except in extremely limited circumstances.”

Two years later, a new report from the Canadian Council for Refugees says the CBSA continues to hold children in immigration detention, a measure the group says has long-lasting negative impacts on the health of children.

“Canada’s got some serious work to do," said Janet Dench, the council’s executive director. “We’ve tended to identify ourselves as having better processes than the United States, and that’s true, but we’ve still got some horrific experiences that we’re imposing on vulnerable children.”

The CBSA can hold people, including children, who are a flight risk, pose a threat to public safety or whose identities cannot be confirmed. The border agency is supposed to only use detention as a last resort and consider all alternatives before holding someone. Detained migrants are held in one of Canada’s three immigration holding centres in Montreal, Toronto and Vancouver, or in provincial jails.

Although many children are detained by the CBSA, some are “housed” in immigration holding centres, meaning they are not legally detained but are instead accompanying a detained parent because they have nowhere else to go. The report says nine Canadian citizen children were housed with parents in immigration detention last year. It wasn’t clear in the report how many non-Canadians were housed. The Canadian Council for Refugees argues that being housed is no different and no less harmful to a child than being legally detained.

Mac Scott, an immigration consultant and member of the End Immigration Detention Network, has visited the Toronto immigration holding centre, a former hotel that was converted to a detention centre. He says the children go to school every day – a school bus picks them up outside the detention centre – but sleep and spend most of their spare time at the facility with their parents. He says there are bars on the windows, rooms are locked at night and guards roam the halls.

“What concerns me is this use of the word ‘housed,'" Mr. Scott said. “It’s deceptive because the children are in jail. They’re locked up at night. And this fallacy that they can just walk free any time they want is just a lie. They can’t. Their parents are jail. They have nowhere to go.”

The report also expressed concern about the “increasingly common practice” of family separation as a result of immigration detention. The issue is not reflected in CBSA statistics, but the report identified what it calls an apparent new trend in 2019. The Canadian Council for Refugees says approximately 50 families in Quebec have experienced family separation where the CBSA detains one parent at the border, while the other parent is sent to a temporary shelter with their children.

“For refugee families to be separated in this way on arrival in Canada, sometimes not even knowing how to contact each other, is extraordinarily traumatic,” the report says.

Mr. Goodale’s office said it welcomes the report’s “constructive feedback” as the government continues to improve the immigration detention system.

“Our government is committed to keeping children out of immigration detention as much as humanly possible and keeping families together,” said Mr. Goodale’s spokesperson, Scott Bardsley.

Mr. Bardsley said the Liberals were the only party to commit to creating a review body for the CBSA during the election campaign – something the Canadian Council for Refugees has long called for. Unlike most police forces in Canada, the CBSA has no independent oversight body to monitor its actions. 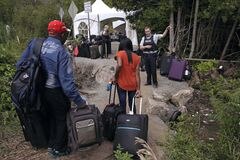 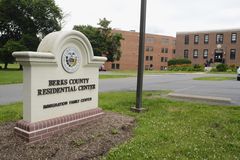 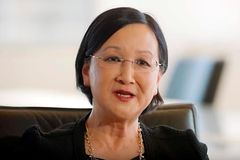