Robert FifeOttawa Bureau Chief
Steven Chase
Published May 12, 2020 Updated May 12, 2020
Comments
Please log in to listen to this story. Also available in French and Mandarin. Log In Create Free Account

Chinese government officials and supporters of the Communist Party of China are increasingly resorting to “threats, bullying and harassment” to intimidate and silence activists in Canada, including those raising concerns about democracy and civil rights in Hong Kong and Beijing’s mistreatment of Uyghurs, Tibetans and Falun Gong practitioners, a new report says.

A coalition of human-rights groups led by Amnesty International Canada says a timid response by Ottawa to this foreign interference is exacerbating the problem. “Chinese state actors have almost certainly become emboldened by the inadequate responses of Canadian officials,” the coalition writes.

The report, Harassment & Intimidation of Individuals in Canada Working on China-related Human Rights Concerns, also sounds the alarm over what it calls escalating intimidation and interference at Canadian schools and universities. “Consequently, academic freedom and freedom of expression of university students in Canada speaking out on China has been increasingly stifled, as many individuals fear that Chinese government or consular agents are monitoring their speech or their activities.”

The Canadian Coalition on Human Rights in China is calling for a public inquiry into threats at Canadian educational institutions and recommends that Ottawa set up a monitoring office to collect complaints of harassment and refer incidents to police.

“It takes place on social media, through surveillance, monitoring and hacking of phones, computers and websites ... on university and college campuses, at public rallies and cultural events,” Alex Neve, secretary general of Amnesty International Canada, said. “Individuals responsible for the threats often remain anonymous or invisible, but make it clear that they are strong backers of the Chinese government, often leaving no doubt that they are directed, supported or encouraged by the Chinese government."

He said the threats are "bullying, racist, bigoted and frequently involve direct threats of violence, including sexual violence and even death.”

The coalition is asking the federal government to expel Chinese diplomats where necessary or enact sanctions on them if the evidence warrants.

The coalition’s report documents incidents of Chinese harassment between July, 2019, and March, 2020, aimed at “suppressing dissidents and mobilizing overseas Chinese communities to act as agents of China’s political interests.

“The Canadian government must treat this issue with increased urgency, as it has resulted in insecurity and fear for human-rights defenders in Canada working on Chinese human-rights issues.”

Gloria Fung, president of Canada-Hong Kong Link, speaking Tuesday, recalled an Aug. 17 protest in Toronto last year in support of civil rights in Hong Kong, where more than 100 counterprotesters showed up, blocking the activists and chanting “One China.” They began insulting the demonstrators and taking photos in an apparent attempt to intimidate. When Ms. Fung and the activists sang O Canada, the counterprotesters booed them and sang China’s national anthem in return. “Our protesters needed a police escort to leave safely,” she said.

In a statement, Foreign Affairs Minister François-Philippe Champagne said the government welcomed the report and would study its recommendations closely.

“Reports of harassment and intimidation of individuals in Canada are deeply troubling and allegations of such acts being carried out by foreign agents are taken very seriously,” Mr. Champagne said.

“Canada will continue to use every opportunity to call on China to uphold its international human-rights obligations, including in the areas of freedom of expression, freedom of association, and freedom of religion or belief.”

The Chinese embassy in Ottawa did not have an immediate response to the report.

Uyghur-Canadian activist Mehmet Tohti, speaking Tuesday, said telephone calls are another means of intimidation to stop people in Canada from raising concern about the hundreds of thousands of predominantly Muslim people locked up by China as part of a deradicalization campaign. “Chinese public-security officials are making direct phone calls to Uyghur-Canadians here and asking us to be silent or accept the danger our loved ones [in China] could face.”

Chemi Lhamo, a member of the Canada Tibet Committee and Students for a Free Tibet Canada, said Tuesday that mainland Chinese students studying in Canada face pressure, too.

“Imagine being a Chinese international student, paying four to five times more than a domestic student, only to be bullied here in Canada by the Chinese embassy to follow their party line and go protest against pro-Tibet and pro-human-rights events.”

Beijing’s attempts to dampen criticism in Canada of its authoritarian regime has been taking place amid a historic chill in bilateral relations that began in late 2018, after China jailed Canadians Michael Kovrig and Michael Spavor in apparent retaliation for the arrest at the Vancouver International Airport of Huawei executive Meng Wanzhou on a U.S. extradition warrant.

The report also urges Ottawa to consider passing legislation that would require the registration of Canadian citizens acting as agents for foreign governments, similar to what Australia has enacted.

The coalition says Chinese authorities “cannot be directly implicated” in many of the incidents highlighted in the report, but it “considers the scale and consistency of rights violations, over a prolonged period, to be consistent with a co-ordinated Chinese state-sponsored campaign to target political, ethnic, religious and spiritual groups and individual activists who raise concerns about China’s human-rights record.” 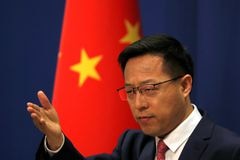 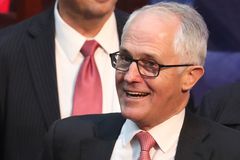 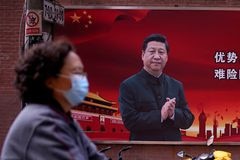