If there was any doubt that the arrest of Huawei executive Meng Wanzhou would send Canada’s relationship with China into the ditch, it is past now.

China has taken a step that will knock relations off track for a long time: the arrest of a former Canadian diplomat in a blatantly obvious use of criminal charges as tit for tat.

In its rage over the arrest of a corporate untouchable – the daughter of Huawei founder Ren Zhengfei – Beijing detained Michael Kovrig, a former diplomat working for the International Crisis Group, an NGO that researches and promotes solutions to global conflict.

That just about blows up ambitions for big trade deals or other major steps in Canada-China relations for years to come. It’s hard to imagine that Prime Minister Justin Trudeau or any leader could push those things forward without getting skewered by a skeptical Canadian public.

China, for example, had asked Canada to enter into a “dialogue” on establishing an extradition treaty. Now, we apparently have a pretty good idea of how it would work: with demands and threats and arbitrary arrests.

Yes, we already knew that the rule of law in China could be bent to the will of its leaders, and there have been Canadians, such as missionary Kevin Garratt, imprisoned in the country on mysterious or spurious grounds.

But now, we have a vivid demonstration of how quickly arbitrary arrests will be used as a cudgel in a dispute with another country – specifically Canada.

Canada arrested Ms. Meng on a U.S. warrant, and while she was going through bail hearings – asking to be released with an ankle monitor so she could stay in one of her Vancouver homes – Chinese authorities used their criminal justice system for a vindictive response.

Hu Xijin, the editor of the Global Times, a Communist Party tabloid known for its jingoistic tone, tweeted that there was “no evidence” of Mr. Kovrig’s arrest.

But Chinese officials have spent the past few days issuing threats, saying Canada will face “serious consequences,” and quasi-official organs such as Mr. Hu’s have carried dark warnings (Tuesday’s headline: “US, Canada risk opening Pandora’s box”), so we’re entitled to guess China is doing what they’ve been threatening to do.

“In my 13 years experience in China, there is no coincidence,” said Guy Saint-Jacques, Canada’s ambassador to China from 2012 to 2016.

Chances are that’s not the last of it. There may be new restrictions on Canadian exports. Meetings may be cancelled. Deals may be undone. “This is the new China. Very aggressive, doesn’t listen – and wants to let us know we are the junior partner,” Mr. Saint-Jacques said.

So far, Mr. Trudeau’s government has tried to apply the 10-foot-pole policy to Ms. Meng’s case, saying little and insisting it is in the hands of judges – hoping this will pass and that when it does Ottawa’s China policy won’t be completely derailed. But China is derailing Ottawa’s China policy.

Generally, the Canadian public has supported the idea of doing business with China but has been skeptical about big steps, from a full free-trade deal to a justice agreement to letting Chinese state companies buy Canadian resources.

Advocates of closer ties have argued that China’s authoritarian nature can be dealt with through negotiated guarantees or because Chinese state firms will be subject to Canadian laws in Canada or because China has a self-interest in not flouting international deals that it itself wants.

The Chinese, however, have just sent us a signal that Canadians should not believe any of that. It’s power. If there’s a dispute, they lock people up.

As a former diplomat in Beijing responsible for reporting on political matters, Mr. Kovrig – who is still technically a government employee on unpaid leave – was accustomed to being followed and listened to by Chinese authorities, said Mr. Saint-Jacques, his former boss.

That means Chinese authorities always knew where to find him. Many of the Canadian officials being pressed by China over Ms. Meng’s case would have worked with him – tinging this manipulative arrest with emotion.

In Canada, public opinion has a way of getting knocked around by things such as this. It will change Canada’s China policy, whether Mr. Trudeau wants that or not.

Canada has not followed the lead of some other countries in the Five Eyes intelligence partnership that have banned telecommunications giant Huawei from their next-generation 5G networks. There will be new pressure on Mr. Trudeau’s government to do so. Beijing’s chill will make Canadians chilly. Canada-China relations just crashed. 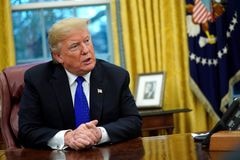 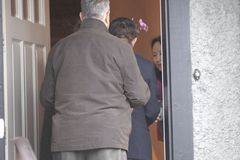 Group agrees to put up surety to get Huawei executive out of custody
Subscriber content
December 11, 2018 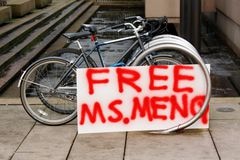