Once again, Canada’s Finance Minister has told the country the government has to do what it takes, spending-wise, to get through this crisis and that things would be worse if it didn’t.

This time, it was a relatively new Finance Minister, Chrystia Freeland. But on Wednesday she gave a speech that could have been given by her predecessor Bill Morneau back in March or April, in the early days of this pandemic.

Ms. Freeland addressed the same question pretty much the same way. Getting the economy to the other side of the pandemic is all-important, and fiscally responsible, she argued. Doing too much is safer than doing too little. The latter leads to a bigger economic disaster, for longer. Big deficits have to be run. But they won’t last forever, interest rates are low and the country can afford them.

Politically, Ms. Freeland was addressing the easy question, giving an answer that the country, by and large, has already accepted. Sure, there are plenty of people who wonder if the bill for all this will come back to haunt us, and some economists and former policy-makers have recently sounded notes of caution. But there is no broad movement in Canada to cut off the spending in mid-pandemic.

Ms. Freeland’s speech did tell us a few things.

One is that the Liberal government’s pandemic economic policy is pretty much back to where it was in March and April. It is to pump money into the economy to get it through to the end of the crisis, whenever that may be, and to leave more lasting issues – recovery, growth, or retrenchment or re-balancing of the public finances – till later.

The second wave has essentially brought the government back to the first plan: get through it. In July and August, when COVID-19 cases dipped, Prime Minister Justin Trudeau’s government was musing about epic recovery plans. Now, it is back in crisis-management mode and recovery plans will wait till that is over.

Ms. Freeland’s speech more or less laid out a three-phase timeline: first, spending to get through the pandemic; later, a recovery plan to encourage growth; and eventually, some re-balancing of the public finances.

The other thing we learned came in Ms. Freeland’s reassurances that the spending isn’t limitless and can’t go on forever. That wasn’t a warning of a coming retrenchment, that Ottawa is looking to cut back. It was the opposite. It was an argument for keeping the spending taps open now, and for the foreseeable.

The notes of restraint were meant to reassure the debt-worriers, but not in a way that committed to anything you could hang your hat on.

“Our fiscally expansive approach to fighting the coronavirus cannot and will not be infinite,” she said. “It is limited and temporary.”

The point of telling that there will be some limit, of course, is to justify the lack of restraint now and additional spending in the mini-budget expected in November.

Just what kind of spending, Ms. Freeland didn’t say, although her speech did repeatedly emphasize the importance of helping companies survive through the pandemic so they can help the economy recover when it’s over. Maybe that’s a hint that industrial aid for sectors and companies in danger of extinction, such as airlines, is on its way. Whatever the details, the spending will continue.

The thing is, the Finance Minister has gone back to answering the question from the spring: Is doing too much better than doing too little? But seven months have passed. She will soon have to identify some more tangible limit to spending and debt, if only to convince people they actually exist. But more importantly, the Finance Minister doesn’t just face a binary choice between spending and austerity in a pandemic.

Ms. Freeland’s speech didn’t even address the notion that some types of spending are better than others. She suggested the crisis comes first, and recovery and growth policies later.

But on the same day as her speech, the Business Council of Canada more or less urged the opposite. It issued proposals for recovery and growth policies, including expanding job training, encouraging labour-force participation with child-care programs and other initiatives, encouraging research commercialization – and above all, for the government to start adopting policies to encourage growth now, not after the pandemic is over. Ms. Freeland spent the day answering March’s big question. 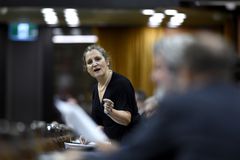 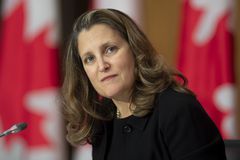