Ottawa’s bottom line is benefitting from billions in new tax revenue since the April budget, with the Liberal government opting to divert about half of that substantial gain toward new spending, the fall fiscal update shows.

Funding related to COVID-19 makes up a large part of Finance Minister Chrystia Freeland’s latest fiscal plan, which outlines nearly $30-billion for recent and future pandemic measures, including $4.5-billion for responding in the event that new measures are required to fight the Omicron variant.

The new variant is fueling fears of another round of lockdowns, and inflation is running near two-decade highs. This appears to have persuaded the government to delay acting on measures that were promised in the recent Liberal Party election platform.

“This update is what it says on the title page: It is an economic and fiscal update. This is not the master plan for the Canadian economy going forward. That will be in the budget,” Ms. Freeland told reporters on Tuesday as she faced questions about what happened to the roughly $78-billion worth of promises in areas like climate change and housing.

“In this plan, there is some spending, but that is spending that is very carefully targeted at having the tools to finish fighting COVID,” she said.

“Our deficits are smaller because our inflation is higher,” Mr. O’Toole said in the House of Commons after the release of the update.

The Official Opposition Leader said it is “astounding” that by 2023, the Liberals will have doubled the size of the national debt.

“Our country is drowning in the rising waters of debt that is being fueled by inflation and by ideological policies that are driving away investment and making Canada one of the last places people will come for their economic recovery,” he said.

“This fiscal update doesn’t respond to the urgency of what they are going through,” Mr. Singh said in an interview.

Some economists and business groups expressed concern on Tuesday that the update was largely silent on action to support long-term economic growth, but said they hope for such a plan in the next federal budget.

Capital Economics senior economist Stephen Brown said in a research note that Ottawa’s smaller-than-projected deficits may be short-lived once election pledges are included.

“If the government follows through with those additional spending proposals in the 2022 budget, they seem more likely to boost inflation than economic growth,” he said.

The update also states that the $40-billion announced this week to compensate First Nations children and to reform Canada’s child-welfare system will be spread over seven years, with the government booking almost a quarter of that amount in the fiscal year that ended more than eight months ago.

Tuesday’s update was released on the same day as the tabling of the public accounts, the official books of what was spent in the previous fiscal year, which ended March 31. The update says last year’s deficit – covering the height of the pandemic – was $327.7-billion. The deficit for the current fiscal year is now projected to be $144.5-billion. 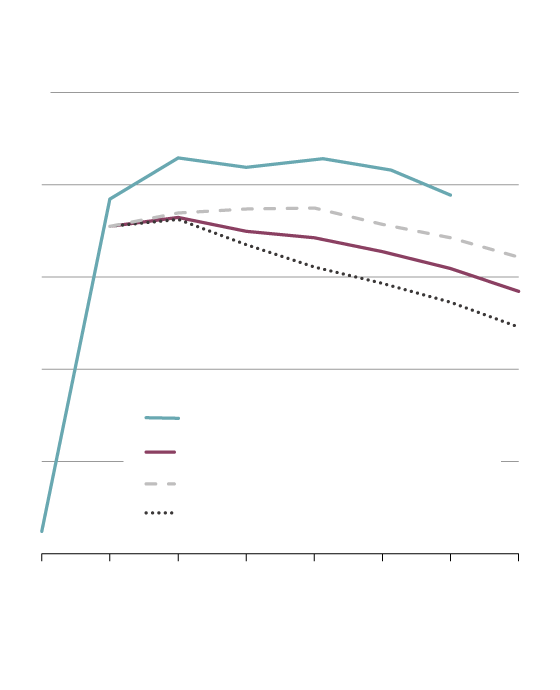 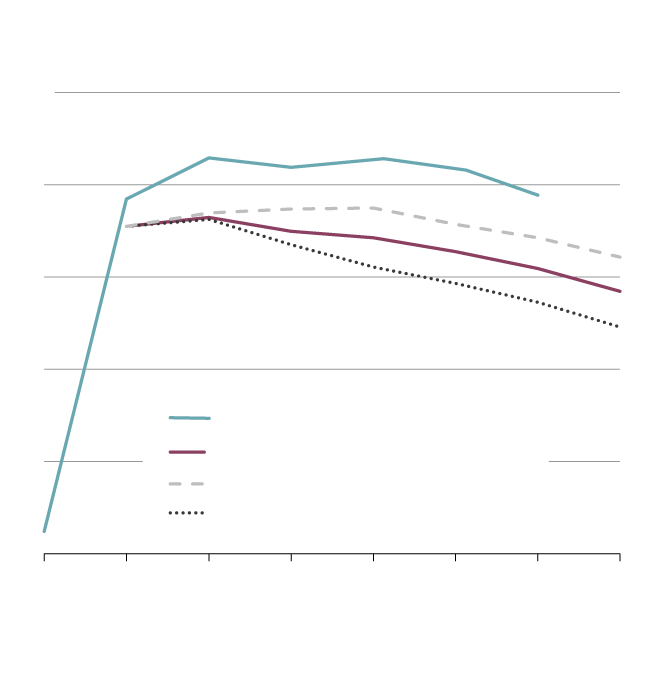 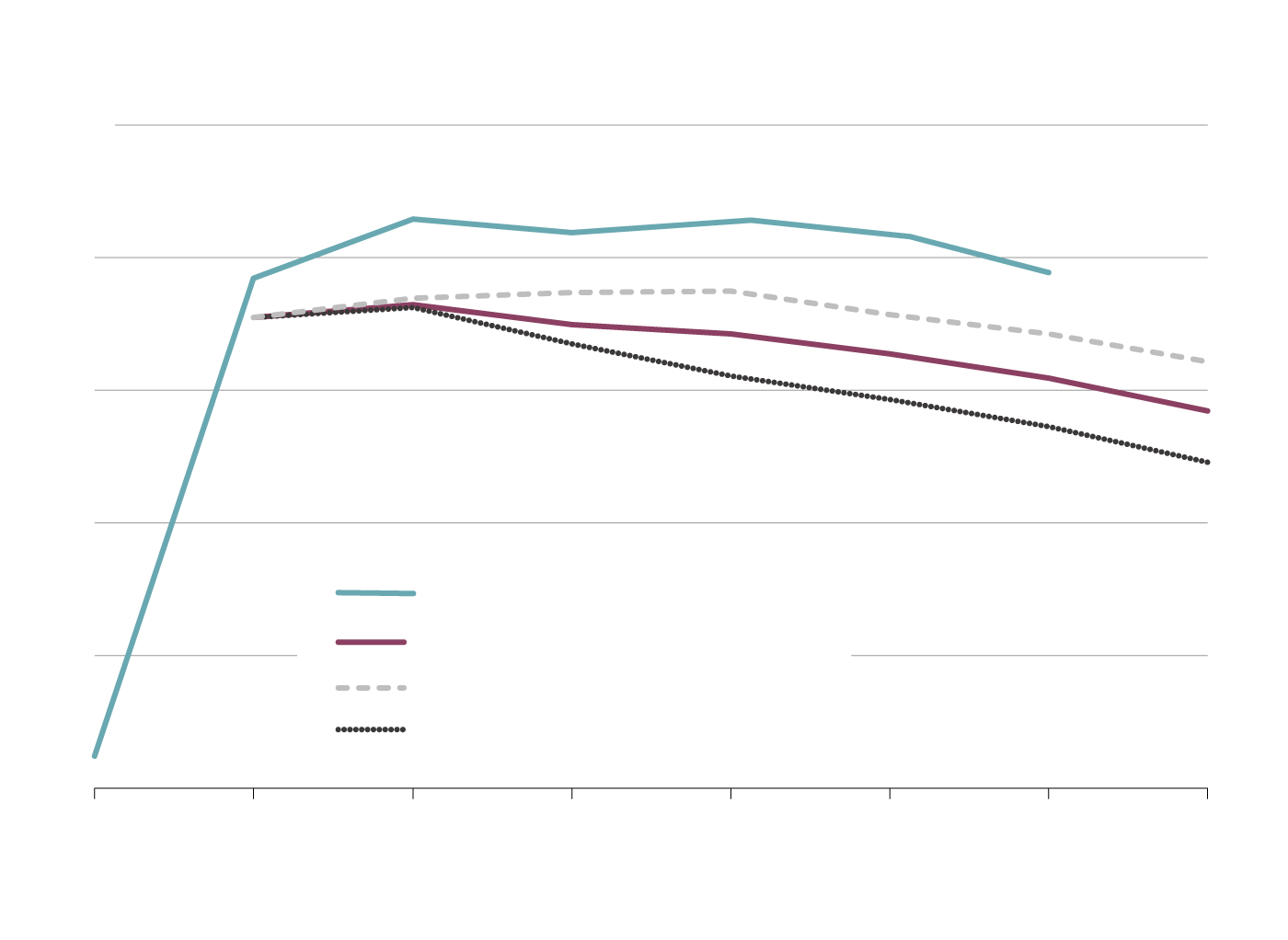 the globe and mail, Source: Department of Finance Canada

A senior government official said the decision to add $9.6-billion of the almost $40-billion cost of the package for First Nations children to last year’s books was done through consultation with the Auditor-General. The Globe and Mail is not identifying the official because they briefed reporters during a media lockup on the condition that they not be named.

Conservative MPs have been questioning government ministers about why it has taken longer than usual to table the public accounts this year, but ministers declined to provide detailed answers.

Tuesday’s update is also silent on a Liberal platform pledge to impose a surtax of 3 percentage points on bank and insurance company profits of more than $1-billion, and to introduce a special levy on these companies, which it called the Canada Recovery Dividend. The Parliamentary Budget Officer projected that these measures would add about $10.8-billion to government coffers over the next four years. The platform said the bank tax would take effect Jan. 1, 2022.

When asked about the omission of the tax and other platform promises in the update, the senior government official said more information would be provided in the 2022 budget.

Ms. Freeland’s update shows Canada is on track for the federal debt-to-GDP ratio to decline more quickly than forecast in the April budget, thanks in part to economic trends and lower-than-projected spending in some areas.

The April budget had said the debt-to-GDP ratio would peak at 51.2 per cent this fiscal year, up from pre-pandemic levels of about 31 per cent. Tuesday’s forecast says it will peak this year at 48 per cent, before declining gradually to 44 per cent by the 2026-27 fiscal year. 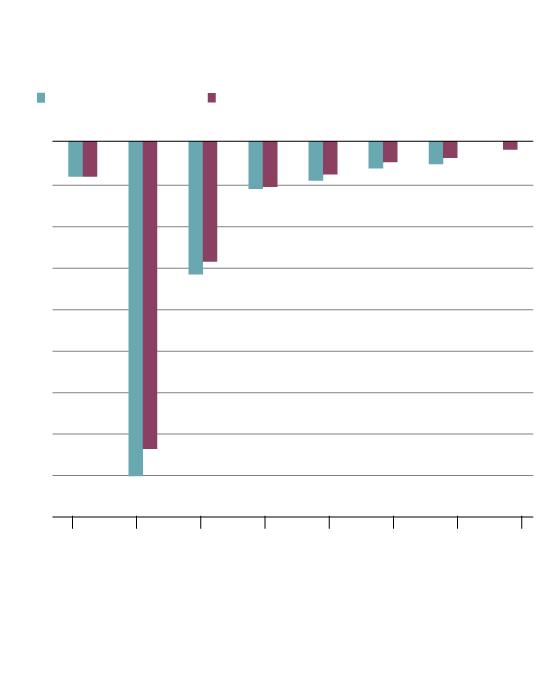 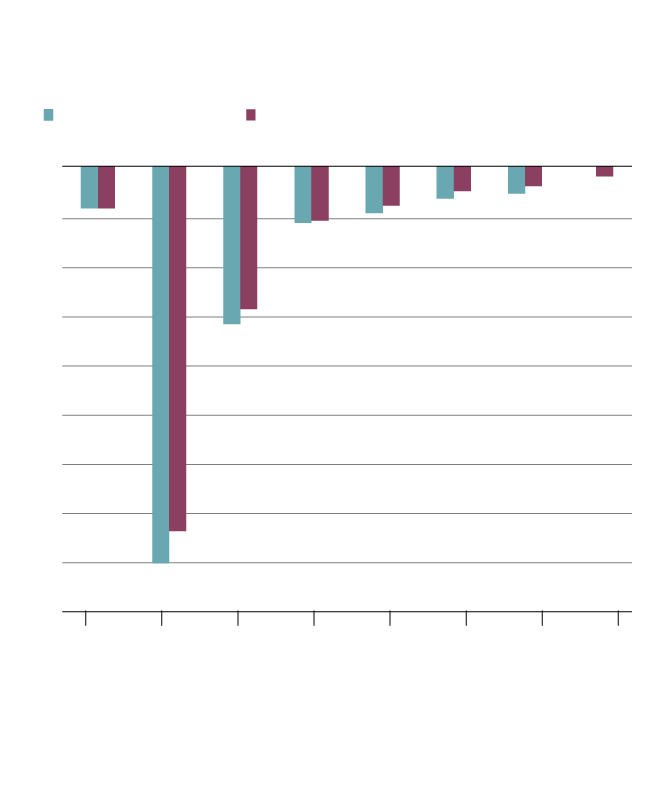 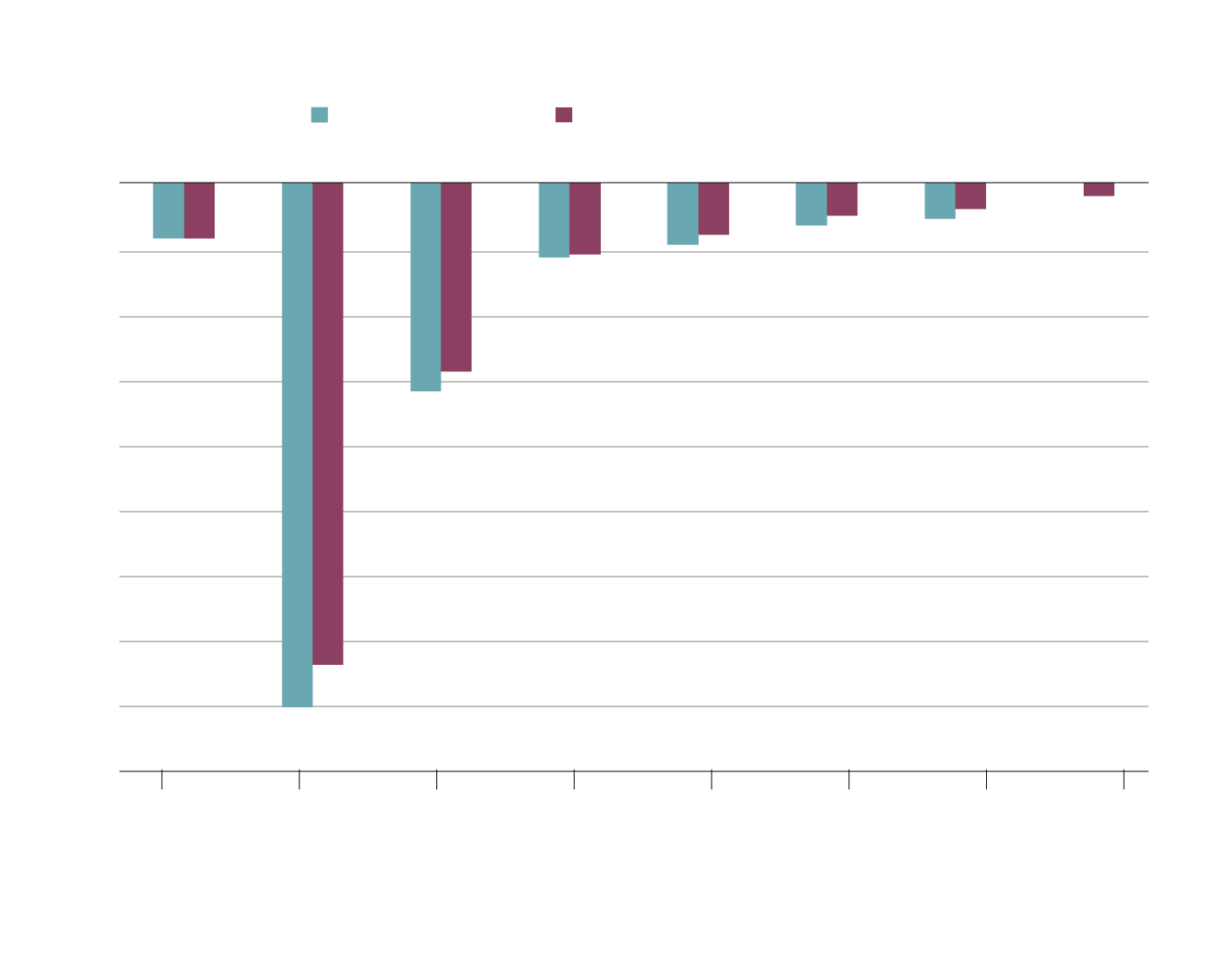 the globe and mail, Source: Department of finance Canada

“We remain committed to the fiscal anchors that we outlined in this spring’s budget – to reduce the federal debt-to-GDP ratio over the medium-term and to unwind COVID-19-related deficits,” Ms. Freeland said in an introductory written statement in the update.

Ms. Freeland had been scheduled to release the update in a speech from the floor of the House of Commons. Instead, she delivered it via video link after two members of her staff tested positive for COVID-19. The minister said she had tested negative twice, but chose to stay away “out of an abundance of caution.”

The update shows that since the April budget, Ottawa’s bottom line has been projected to improve by about $126.9-billion over six years thanks to economic trends, including higher inflation and lower-than-projected spending. The government opted to devote a little more than half of that amount – $67.4-billion – toward new spending.

The almost $30-billion in post-budget spending related to the pandemic includes more than $7-billion for vaccine procurement and pandemic preparedness, $2-billion to buy COVID-19 therapeutics and $1.7-billion for rapid tests. It also includes the previously announced extensions of wage and rent supports for businesses in the hardest-hit sectors.

The economy has evolved considerably since the spring budget. Employment has rebounded to prepandemic levels, and the rate of unemployment is now at 6 per cent, within striking distance of the unemployment rate in February, 2020.

Much of the revenue gain reported in the fiscal update was driven by growth in nominal GDP, which includes increases in the prices of goods and services. Private-sector economists surveyed by the government expect nominal GDP in 2021 to be about $66-billion higher than forecast in the April budget.

Inflation has been running above the Bank of Canada’s target range of 1 per cent to 3 per cent since April. The annual rate of inflation hit an 18-year high of 4.7 per cent in October. The central bank expects inflation to average 3.4 per cent next year.

The fiscal update laid most of the blame for surging consumer prices on strong demand for goods – many manufactured in Asia – which have run into transportation bottlenecks. The floods in B.C. have compounded the problem, causing major backlogs at the Port of Vancouver.

The government said it would launch a “targeted call for proposals” to assist Canadian ports with the acquisition of cargo storage capacity and “other measures to relieve supply chain congestion.” It said it would dedicate $50-million to support eligible projects. This was not new money, rather funds “sourced from existing departmental resources.”