Canada’s cities are asking federal parties to add more than $800-million a year to the national government’s decade-long housing strategy and fill gaps in the plan over its remaining eight years to make renting more affordable and keep people from going homeless.

Among the requests from the Federation of Canadian Municipalities are a new fund to help seniors pay for refits so they can stay in their homes longer, another to help build more housing for urban Indigenous people, and a separate program to pay for units for homeless people with mental illnesses.

Cities are also asking parties to consider a combination of subsidies and tax credits for owners of aging rental buildings to pay for upgrades and maintain the apartments as low-cost units.

The measures in the platform made public Wednesday would cost about $827-million a year over the remaining eight years of the existing housing strategy – a cost the FCM says matches the needs across the country.

The Liberals unveiled their 10-year, $40-billion national housing strategy in late 2017 in partnership with provinces and territories. They’ve since boasted the total cost is over $55-billion when including new spending measures in this year’s budget.

But the strategy has faced criticism from the parliamentary budget officer, who in June reported that the plan doesn’t boost funding all that much and also questioned whether its laudable goals are achievable, and housing providers, who have privately lamented the complicated nature of some of the programs.

FCM president Bill Karsten, a Halifax councillor, said the strategy “certainly solves part of the policy needs for housing in Canada moving forward, but there are some gaps.”

Closing those gaps would address a housing affordability crunch in many cities, which polling, some of it done for the FCM, suggests is top-of-mind for a majority of Canada’s urbanites. And it appears parties are attuned to the issue as well, given campaign slogans and precampaign talk about helping voters with the cost of living.

“The messages that we’ve outlined as our election planks have been resonating with the party leaders and their campaigns,” said Karsten.

“We’ll just have to wait and see how that translates into election planks from the various parties.”

Based on feedback from member municipalities, the FCM suggests parties agree to create a $365-million annual fund to fully cover the cost of 2,300 new units each year for the hardest-to-house homeless people, who usually struggle with mental illness, addiction, or both.

Another fund would cover 70 per cent of the cost to renovate or build 1,000 units each year of affordable housing for urban Indigenous people, at a cost of $162.5-million annually, to address what advocates have publicly lamented is a key gap in the 10-year plan.

And the municipalities’ group suggests a combination of tax credits and federal grants worth $250-million each year be used to protect about 40,000 units over eight years from falling prey to “renoviction,” where landlords renovate older units as a way to get rid of tenants they otherwise wouldn’t be able to evict and rent out the refurbished units for more money.

Most of the country’s rental housing was built in the 1970s and 1980s and those units are generally cheaper than newer apartments or condos. The national housing strategy offers money to build new private rental units and renovate ones owned largely by non-profits. Older, less expensive units owned by private landlords are left out, advocates say.

But the money and tax breaks should come with strings attached, the FCM says, specifically so rents don’t increase beyond what’s allowed, or the rate of inflation, for at least 20 years.

One of the smaller items – costing an additional $20-million annually – would see the next government let cities identify excess federal land that could be developed, rather than going through the more cumbersome process of leaving individual departments to examine their own holdings. 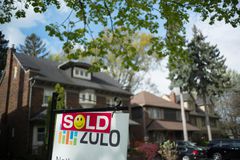 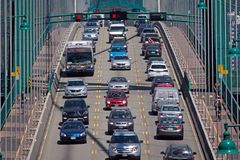 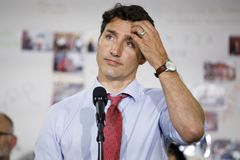