It was Louie Kamookak’s knowledge of the oral history of his Inuit people that finally concluded the search for the lost ships of the expedition of Sir John Franklin.

Mr. Kamookak died of cancer in March. But the collection of the stories of his people, and their ancestors’ tales of the two British ships that sailed into their Arctic territory in the late summer of 1846, will continue.

Over the next two months, researchers with an Ottawa-based company called Know History and a team of workers and volunteers in the North will be interviewing Inuit who, like Mr. Kamookak, are the knowledge keepers of their communities.

The aim is to talk to between 10 and 20 Inuit whose families have lived in the region for many generations, to record their stories with audio and video than can be shared on the internet, at Franklin exhibits in the North and elsewhere. There is also a plan, heavily endorsed by Mr. Kamookak, to create a coffee-table book with pictures of the region interspersed with Inuit recollections.

Mr. Kamookak “was to be the designated lead Inuit historian on the project. He was to advise on who else to interview and on other undertakings related to the project. He is irreplaceable,” said Tamara Tarasoff, project manager for the wreck of the HMS Erebus and the HMS Terror National Historic Site.

To fill in some of the gaps left by Mr. Kamookak’s death, Know History has recruited the assistance of Edna Elias, the former commissioner of Nunavut, who will be the lead interviewer.

“Although we had no formal writing system and documentation of knowledge, oral histories are just as valid as the written document,” Ms. Elias said in a telephone interview. She knew Mr. Kamookak and was very aware of his passion for his research.

The lifetime Mr. Kamookak spent gathering the stories of his ancestors, combined with years of reading, gave him ideas about the possible location of the missing vessels that had departed England in search of the northwest passage. He served as a guide for Franklin searchers for decades and began working with Parks Canada researchers in 2008.

In 2014, his expertise paid off with the discovery of HMS Erebus off Nunavut’s King William Island. Two years later, HMS Terror was found nearby.

But, even though the location of the ships is known, and one of Canada’s greatest historical mysteries has been solved, Parks Canada officials say the Inuit oral history will bring added depth and understanding of the story of Sir John Franklin.

“Our expectations are that Inuit whose stories haven’t yet been shared will be shared but the hope is that some gaps in knowledge will be filled,” Ms. Tarasoff said. “We’re really hoping that this is an organic project in that Inuit will come forward with stories about interactions with the shipwrecks, interactions around the shipwreck areas, recollections of intergenerational stories that took place in the two shipwreck areas.”

Connie Wren-Gunn, the associate director of Know History who will be in the Arctic throughout the summer to help with the project, said there is a plan to teach Inuit youth how to gather oral histories with the hope that they will be able to assist Ms. Elias in the collection.

Ms. Elias said oral history is not as central to the lives of younger Inuit as it was when she was a child, and the tales were regularly told over dinner after a hunt. She said she hopes that this project will instill the tradition in those who are being trained to help her, and that it will eventually help them get work as guides for tourists.

“I think at this point it’s important to show that this isn’t just an area where two ships went down,” Ms. Wren-Gunn said. “This is Inuit homeland. And the sea and the land around those shipwrecks have always been an important part of the Inuit homeland. And we’re hoping that the stories that come out of this will give a better idea of just how important that land is to Inuit people and how it’s always been a part of their lives.” 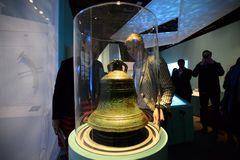 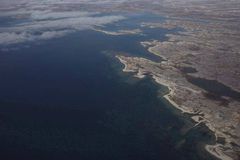