The co-founders of the WE Charity say they will testify before a parliamentary committee that has summoned them only if accompanied by their lawyer.

Members of the standing committee on access to information, privacy and ethics had voted unanimously on Monday to summon Craig and Marc Kielburger to testify by Friday.

“While we accept that the power to summon witnesses is an important privilege enjoyed by Committees of the House, it must be exercised responsibly. We believe that what we have proposed is a reasonable compromise,” William McDowell, the Kielburgers’ lawyer, said in a letter to the committee clerk released Monday.

There are four Conservatives, four Liberals, one New Democrat and a member of the Bloc Québécois on the committee.

Mr. McDowell asked the clerk, Miriam Burke, to suggest to the committee that he be granted standing as counsel to appear with his clients if they decide to testify.

“I expect that they would be prepared to appear and assist the Committee in addressing matters genuinely relevant and material to the Committee’s mandate.”

The brothers, who testified before the finance committee last summer, were to appear Monday for testimony into the ethics committee’s review of a federal plan to have WE manage a $900-million student-services program. The arrangement was cancelled amid conflict of interest allegations centred on the close ties Prime Minister Justin Trudeau and his family had to the organization. Ethics Commissioner Mario Dion is looking into the involvement of Mr. Trudeau and former finance minister Bill Morneau, who also has family ties to WE, in awarding the $43.5-million contract to WE.

In a statement last week, the charity balked over a request by New Democrat Charlie Angus, an ethics committee member, to ask the RCMP and Canada Revenue Agency to investigate their operations and ruled out having the brothers testify.

Mr. Angus said the scheduled appearance was an opportunity for the Kielburgers to take “hard questions” and explain what was going on in their organization.

“But having to put those explanations on the record in televised hearings appears too much for them so they have gone to ground,” he told the hearing.

Mr. Angus proposed an amendment to a Conservative motion, resulting in a Friday deadline for the brothers to appear. “If they do not appear at committee by Friday, we will consider them to be obstructing and hostile to the work of the committee,” Mr. Angus said.

In testimony to the finance committee last week, Philippe Dufresne, law clerk and parliamentary counsel, walked members through what would happen if someone defied a committee summons.

Mr. Dufresne said committees have no powers, but can only report the matter to Parliament, whose options would include calling those refusing to appear to show up in the House and explain their actions. “That has not been done in Canada since 1913,” Mr. Dufresne told the committee.

Conservative MP Chris Warkentin, ethics committee chair, said it was notable members of all parties on the committee supported the summons.

“This isn’t seen, from the perspective of this committee, as being an issue that members of different partisan persuasions have a different opinion on,” he said in an interview.

The procedure and House affairs committee is also discussing options for an appearance by the Kielburgers.

“I am glad to hear that at least one other committee is making headway in securing the witnesses necessary to reveal the full extent of the WE charity scandal to Canadians,” he said in a statement. 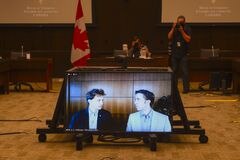 Donor calls for investigations of WE Charity’s finances in Canada and U.S.
Subscriber content
February 28, 2021 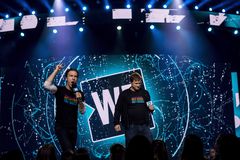