Opposition MPs outvoted the Liberal minority government on Wednesday in an attempt to obtain details on why two federal scientists were fired from Canada’s highest security infectious-disease laboratory.

The two scientists were dismissed in January from the National Microbiology Laboratory (NML) in Winnipeg after their security clearances were revoked in July, 2019, and the RCMP were called in to investigate.

Xiangguo Qiu, former head of a key program at the lab, and her biologist husband, Keding Cheng, have been the focus of parliamentary debate for weeks as opposition MPs have sought information on the reasons why the two were fired. In addition, the debate has centred on shipments of two powerful viruses to China’s Wuhan Institute of Virology in March, 2019, that were overseen by Dr. Qiu.

Stymied by the government’s refusal to provide this information, New Democratic and Bloc Québécois MPs supported a Conservative motion that passed by a 179-149 vote to demand that the Public Health Agency of Canada turn over hundreds of pages of uncensored documents about the couples’ dismissal, as well as the virus shipments.

The motion requires PHAC to release the records to Commons Speaker Anthony Rota within 48 hours, but the government can ignore the request and has shown no willingness to publicly reveal the information.

A senior federal official told The Globe and Mail the documents contain sensitive national-security information and the government will not hand the documents over to the House of Commons Special Committee on Canada-China Relations.

A spokesman for Health Minister Patty Hajdu said the government is prepared to turn over uncensored records to the National Security and Intelligence Committee of Parliamentarians (NSICOP).

Although the eight members on this committee are parliamentarians from all parties, they are appointed by and serve at the pleasure of Prime Minister Justin Trudeau. He has the right to review and demand revisions to reports before they are made public.

Conservative foreign-affairs critic Michael Chong said it’s a “farce” for the Liberal government to ignore the will of Parliament and to turn over the requested information to a committee that is controlled by Mr. Trudeau. It would be akin to the “fox guarding the henhouse.”

“This committee was never designed to hold the government to account for breaches of national security,” he said. “I think this is a coverup. … It is clear they don’t want to release this information to Parliament.”

Mr. Chong says he believes the government is afraid that information revealed to Parliament about the activities of the two scientists would show there were serious security breaches at the laboratory, which handles some of the world’s most dangerous pathogens.

The Conservative motion, drafted by Mr. Chong, took into consideration national security. It called for the Commons law clerk to review the documents and redact information that could be expected to be injurious to national security or a continuing criminal investigation before making it public.

The motion also calls for the clerk to later hold a confidential meeting with MPs on the Canada-China committee to reveal what was removed from the records – information they could use to inform any recommendations or report on the matter.

The Globe reported in May that Canada’s spy agency urged the removal of security clearances for the two scientists and an unknown number of Dr. Qiu’s students from China relating to the Wuhan facility and other national-security matters.

Dr. Qiu was head of the Vaccine Development and Antiviral Therapies section in the Special Pathogens program at the Winnipeg lab, where her husband also worked.

Four months before the couple were expelled from the lab in 2019, access to information documents show Dr. Qiu played a key role in shipping two exceptionally virulent viruses – Ebola and Henipah – to China’s Wuhan institute. PHAC later described the shipments as part of an effort by this country to “foster global collaboration.”

The Globe reported the Canadian Security Intelligence Service began raising alarms about Dr. Qiu after it grew concerned over the nature of information that was being passed to the Wuhan lab. The Globe report said CSIS was focused on the people Dr. Qiu was talking to in China and intellectual property that may have been given to Chinese authorities.

PHAC president Iain Stewart has said that “to the best of my knowledge,” their removal from the Winnipeg lab was not connected to the shipment of the two viruses.

In March of this year, Mr. Stewart linked the departure of the scientists to a “number of review processes” initiated by the federal agency in 2018, “relating to possible breaches of security protocols” at NML.

Dr. Qiu was able to bring in graduate and postgraduate students from China, who were studying under her at the University of Manitoba, into the Level 4 lab. To get access to this lab, the students need six to eight months of training to handle deadly viruses. Anyone working in this lab is required to wear a pressure suit and must pass through a chemical shower for decontamination when exiting the facility.

The Globe also reported scientists at the lab, including the couple, were collaborating with Chinese military researchers to study and conduct experiments on deadly pathogens such as Ebola, Lassa fever and Rift Valley fever.

The Globe reported one of the Chinese researchers, Feihu Yan, from the People’s Liberation Army’s Academy of Military Medical Sciences, worked for a period of time at the Winnipeg lab.

PHAC said no new collaborations on research projects have been initiated with China, and all co-operation with the Wuhan institute ended in the summer of 2019, when the couple’s security clearances were revoked. 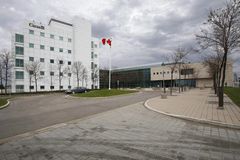 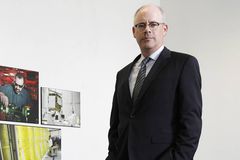