The Liberal government’s plan to spend up to $100-billion on postpandemic stimulus measures is coming under increasing scrutiny from fiscal-policy experts, who warn that the risks of piling on even more debt could outweigh the promised benefits.

A panel of economic leaders organized by the C.D. Howe Institute released a report Wednesday cautioning that stimulus spending should only be approved if it is truly required. The advice of the panel, which is co-chaired by former Saskatchewan finance minister Janice MacKinnon and former federal finance minister John Manley, is in line with similar comments expressed this week by the International Monetary Fund.

Senior economists who met last week with Finance Minister Chrystia Freeland told The Globe and Mail that their message to the government was that stimulus of that size may not be required.

In an interview Wednesday, Prof. MacKinnon – who specializes in fiscal and health policy at the University of Saskatchewan – said the government should be holding back on additional spending so that it is able to respond in the event of further trouble down the road, such as a third wave of the coronavirus, higher inflation or the next recession.

“I think there is emerging consensus that the risk of spending more in terms of the piling on of debt in the long term is greater than the risk of the economy not performing well,” she said. “There are a huge number of uncertainties there and any wise government would be saving its fiscal firepower to be able to respond to those uncertainties.”

The plan to spend between $70-billion and $100-billion on fiscal stimulus over three years was the major new announcement in Ms. Freeland’s Nov. 30 fall economic statement, which projected that this year’s federal deficit will approach $400-billion. The update said details of the stimulus plan would be developed over the winter and announced in the 2021 budget, which has not yet been scheduled.

“Key to this stimulus plan will be smart, time-limited investments that can act fast and make a long-run contribution to our future shared prosperity, quality of life, competitiveness and our green transformation,” Ms. Freeland wrote in the update.

Wednesday’s paper by the C.D. Howe Institute’s Fiscal and Tax Working Group said the government has yet to justify the need for such large-scale spending. “Stimulus, if any, should be tightly targeted and strictly temporary.”

The group has previously warned that the spike in federal debt built up during the pandemic, and the potential that some of the new spending will be permanent, could force Ottawa to increase the federal sales tax to boost revenues.

The paper notes that over the past year, many individuals managed to increase their savings, which could serve as “preloaded stimulus” when the pandemic eases and the economy reopens.

Panel member Robert Asselin, who is senior vice-president of policy with the Business Council of Canada and a former budget director in the Trudeau government, said any additional spending must contribute to long-term economic growth. He pointed to increased funding for child care as an example of spending that would produce long-term gains.

However, Mr. Asselin said he’s concerned that the stimulus spending could be used as a way to fund the many Liberal promises that have been sidelined because of the pandemic. He said that while many observers are discounting the odds of a spring or early summer federal election, the government could still be considering that as an option.

“Three months is a long time in politics,” he said. “The danger is that they will do a budget for short-term electoral considerations versus what the economy really needs in the long term. … I’m worried that we’re going to be in a perpetual low-growth cycle and, at one point, living standards of Canadians will be affected.”

The International Monetary Fund also focused on Ottawa’s stimulus plans in a statement earlier this week. While the IMF was broadly supportive of Canada’s fiscal actions to date, it said more clarity is needed when it comes to stimulus.

“Prior to embarking on any new spending, it would be important to ensure its composition achieves well-defined objectives, including enhancing long-term growth,” the IMF said. “The federal government’s commitment to spend up to 4 per cent of GDP over the next three years to support the recovery needs further justification.”

Prime Minister Justin Trudeau responded to questions about the IMF report Wednesday in the House of Commons by noting that the organization gave a positive assessment of Ottawa’s overall approach to the pandemic. 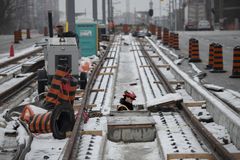 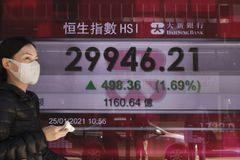 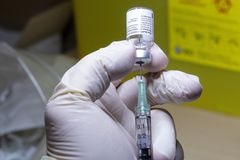