Conservative senators are attempting to derail a bill approved more than a year ago by the elected House of Commons that would require the government to consider whether federal laws are consistent with the United Nations Declaration on the Rights of Indigenous Peoples (UNDRIP).

The Assembly of First Nations (AFN), faith groups and human-rights organizations have urged the Senate to quickly pass Bill C-262, which was introduced in the Commons in 2016 by New Democrat MP Romeo Saganash.

If the bill does not make it through the Red Chamber by June 21, when Parliament is scheduled to break for the summer, it will die on the Order Paper and will have to be reintroduced after the federal election this fall.

Senator Murray Sinclair, the former head of the Truth and Reconciliation Commission, said at the Senate aboriginal peoples committee meeting on Tuesday that passage of the bill would “mean that Canada is acknowledging that its human rights practices, its human-rights obligations, must meet the standards of the UN declaration."

The bill would not directly change Canadian legislation, he said, but would require governments to consider UNDRIP as they bring in new laws and examine existing ones. It would also oblige the federal Indigenous affairs minister to report to Parliament annually on progress the government has made toward achieving the declaration’s objectives.

But Conservative MPs did not support the bill in the House of Commons. And Conservative senators used a number of procedural manoeuvres as they attempted to prevent the bill from getting to the Senate committee.

Some Conservatives say they are concerned about certain aspects of UNDRIP becoming established in Canadian law, including a requirement that Indigenous peoples would have “free, prior and informed consent” over any projects, including resource development, on their lands or territories.

Although the Liberal government did not immediately get behind Bill C-262 in 2016, Liberal cabinet ministers are now asking the Senate to get it passed before it dies on the Order Paper. Carolyn Bennett, the Minister of Crown-Indigenous Relations, and David Lametti, the Minister of Justice, wrote in April to Larry Smith, the Leader of the Conservatives in the Senate, to say the bill had been “duly passed by the elected chamber” and that his caucus should “cease its procedural delay tactics.”

Senator Don Plett, a former president of the Conservative Party of Canada, told the committee on Tuesday that he had struck an agreement with Mr. Sinclair that the bill would move to the committee only on the condition that Ms. Bennett and Mr. Lametti be called to appear as witnesses. “Those conditions have not been met,” said Mr. Plett, who urged the committee to turn its attention to other business.

Mr. Sinclair says he agreed only that the ministers would be invited to testify. And Lillian Dyck, the independent Liberal who chairs the committee, said the ministers have been asked to appear but "we cannot force the ministers to come.”

The New Democrats warned before the committee hearings started that the Conservatives would use “stunts” to try to kill the bill. Any proposed amendments, they said, would likely delay the legislation beyond the date that it could be passed through Parliament.

Conservative Senators strongly suggested Tuesday that amendments would be forthcoming. They also argued that they had not approved the committee’s schedule of hearings and asked that testimony be delayed to allow a debate over how many meetings would be held – a request that Ms. Dyck overruled.

Perry Bellegarde, the National Chief of the AFN, has said Bill C-262 is an important step toward a more fair and just country. And Alex Neve, the secretary general of Amnesty International, says the bill provides a “principled framework” for Canada to address some of its most serious human-rights concerns.

Mr. Saganash said he is concerned that the unelected Conservatives in the Senate will try to kill a bill that has been passed by the elected members of Parliament. “And,” he said, “I find it troubling that, in 2019, in this place called Canada, that there are still people in our institutions that oppose the human rights of Indigenous peoples.”

Opinion
Businesses have an essential place in reconciliation Subscriber content
May 17, 2019 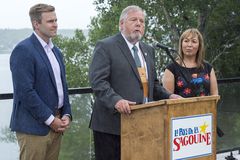 Opinion
Will UNDRIP be Canada’s undoing - or our triumph? Subscriber content
February 15, 2019 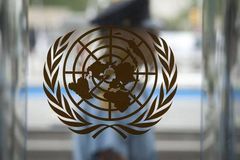 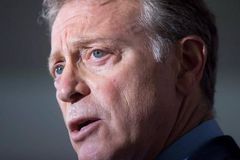