The Conservatives and the Liberals are ramping up efforts to win support in the electoral battlefield of Quebec City, with Andrew Scheer promising federal funding for a multi-billion-dollar bridge project on the same day that Ottawa announced more than $1-billion in maintenance work for the nearby Davie shipyard.

Mr. Scheer was in Quebec City and neighbouring Lévis on Thursday, promising to co-operate with the new CAQ government of François Legault on a plan to build a third bridge over the St. Lawrence in the area. The project would costs billions of dollars, but the exact price tag remains unknown.

"It is clear that the new Quebec government wants to make this a priority, and they will find a receptive partner in Ottawa in 2019 when my government will be in place,” Mr. Scheer said in a speech in Lévis after his meeting with Mr. Legault.

The Liberal priority in terms of transit in the area is a tramway project championed by Quebec City Mayor Régis Labeaume. On the issue of funding the future bridge, the Liberals are much cooler than the Conservatives, stating they will wait for a formal request from the Quebec government before making a decision.

Still, the Liberals announced on Thursday that the federal government is set to award a large contract to the Davie shipyard in Lévis for maintenance work on military frigates. While the exact value of the contract is to be determined, its announcement was co-ordinated to steal some of the fire from Mr. Scheer’s visit to the provincial capital.

“It’s excellent news and serves as a reminder that for 10 years, the Conservatives did nothing for the Davie shipyard,” Joël Lightbound, a local Liberal MP and parliamentary secretary to the Minister of Finance, said in an interview.

Mr. Scheer was not impressed with the Davie announcement, stating the maintenance work on the frigates will only start in 2021. For now, he said, the shipyard needs to get a federal contract to provide a second supply vessel to the Canadian Navy.

“It’s interesting the Prime Minister chose to make this announcement today after finding out I would be in Quebec City,” Mr. Scheer said.

After being mostly swept up in the Orange Wave in 2011, the larger Quebec City area shunned the NDP in the last election, picking eight Conservative and two Liberal MPs in a number of tight races.

The region is once again set for a series of electoral battles amid a changing political landscape. The NDP and the Bloc Québécois are struggling in the polls in the province, while popular MP Maxime Bernier, who represents the riding of Beauce to the south of the provincial capital, has left the Conservative Party to form the People’s Party of Canada.

On Saturday, Mr. Scheer will go to the riding to officially announce that his party has selected a former local mayor, Richard Lehoux, to run as its candidate against Mr. Bernier in the next election.

On a broader level, Mr. Scheer and the Conservatives have been putting together a platform that is designed to appeal directly to Quebeckers. Taxpayers in the province must currently file a provincial and a federal return, but the Conservatives support a proposal for a single tax return that would be administered by the Quebec Revenue Agency.

The Liberals, on the other hand, are opposed to the proposal, stating the Canada Revenue Agency has unique expertise in its offices in Quebec that needs to be preserved.

On another contentious topic, the Conservatives are much more open than the federal Liberals to the idea of giving free reign to the Quebec government to prevent provincial civil servants in positions of authority, such as judges and teachers, from wearing religious symbols at work.

Mr. Lightbound was more skeptical, stating any provincial legislation on this issue also has to respect the Canadian Charter of Rights and Freedoms. 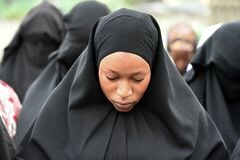 Opinion
Is Andrew Scheer itching for his own war with the press?
October 30, 2018 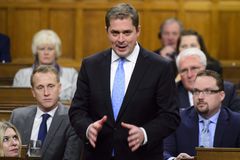