The Conservatives are calling on three senior Liberal staffers to appear as witnesses to explain their interactions with the Kielburger brothers as the next step in reviewing how WE Charity was selected to run a since-abandoned student volunteer program.

Conservative MPs say they will ask the ethics committee to invite Ben Chin and Rick Theis, two senior officials in the Prime Minister’s Office, and Amitpal Singh, a senior adviser to Finance Minister Chrystia Freeland who was also an adviser to former finance minister Bill Morneau.

Conservative MPs Pierre Poilievre and Michael Barrett say the staffers’ testimony is required after new questions were raised during Monday’s appearances by WE Charity co-founders Craig and Marc Kielburger.

During Monday’s hearing, Mr. Poilievre repeatedly asked Craig Kielburger to explain a written exchange he had with Mr. Chin.

According to documents provided to MPs last year, Craig Kielburger sent Mr. Chin a message via LinkedIn on June 27 that stated: “Hello Ben, Thank you for your kindness in helping shape our latest program with the gov’t. Warmly, Craig.”

The documents show Mr. Chin replied two days later: “Great to hear from you Craig. Let’s get our young working!”

The Conservatives say the exchange appears to contradict statements from WE Charity and the government that the charity’s pitch to manage the proposed student volunteer program was made at the request of federal public servants and not Liberal aides or politicians.

The Kielburger brothers said Monday that Mr. Chin had “no role” in setting up the program and Craig Kielburger said the LinkedIn message was sent by his assistant.

“My EA [executive assistant] wanted to personalize it and, very kindly, as a great EA, wrote a few lines to a hundred different LinkedIn requests that went that same day to different people to join my LinkedIn page,” Craig Kielburger responded to Mr. Poilievre on Monday.

At a news conference Wednesday, Mr. Poilevre said Mr. Chin’s testimony is required because he did not receive a clear explanation from Craig Kielburger during Monday’s hearing.

“Now he says his assistant sent this without his knowledge. How would she have known if Ben Chin was involved in, quote, ‘shaping our latest program with the government’? The story makes absolutely no sense,” he said.

Both Prime Minister Justin Trudeau and former finance minister Bill Morneau apologized last summer for not recusing themselves from the decision to have WE Charity administer the planned $900-million Canada Student Service Grant, even though both of their families have been involved with the charity and received compensation in the form of travel expenses. Mr. Trudeau’s mother and brother both received speaking fees to appear at WE events.

Mr. Poilievre said the written exchange between Mr. Kielburger and Mr. Chin seems to contradict Mr. Trudeau’s claims that his office was not involved in the decision to have WE Charity run the program.

“We need the facts. We need the truth,” Mr. Poilievre said Wednesday.

The ethics committee is expected to meet again on Monday, when the Conservatives will propose a motion to invite the Liberal staffers to testify. Mr. Theis and Mr. Singh are included because documents showed they were involved in discussions about the program.

Like in the House of Commons, the opposition parties in the minority Parliament have enough combined votes to overrule objections from Liberal MPs in committee.

NDP MP Charlie Angus said he is eager to see the committee’s study wrap up, but that he will support the Conservative motion.

“I did find that Craig Kielburger’s explanation of that note to Ben Chin just seemed so bizarre that it really requires someone to [give] a second opinion,” he said.

Alex Wellstead, a spokesperson for the Prime Minister, declined to comment directly on the Conservatives’ request to call Liberal staffers as witnesses.

“Obviously committees do their work independently,” he said in an e-mail. “We don’t have anything further to add than what we have said and provided last year on this matter, including the thousands of pages sent to committee and the various appearances from members of the senior public service, as well as ministers who speak on behalf of the government.” 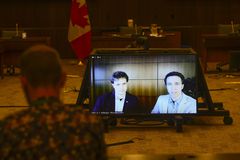 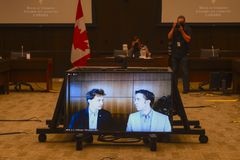