Conservative Leader Erin O’Toole released his party’s climate plan on Thursday as he pledged to put a price on carbon for consumers, a major departure for a party that has long opposed the Liberal government’s carbon-pricing program.

The Conservative plan starts at $20 a tonne and will increase to a maximum $50. In contrast, the government’s approach to fight climate change puts a price on carbon at $40 a tonne, which will increase to $50 in 2022 and then rise by $15 each year until 2030.

Mr. O’Toole said his party will work with the provinces to implement what it called personal low-carbon savings accounts. The Conservatives likened the idea to loyalty rewards plans offered by retailers, financial institutions and airlines.

Under the plan, Canadians will pay into such a savings account each time a hydrocarbon-based fuel is purchased. They can then use their savings-account card toward things the party said will help them live “a greener life,” such as a transit pass or a bicycle.

By comparison, the government’s pricing regime rebates the estimated cost of fuel charges to residents in Ontario, Saskatchewan, Manitoba and Alberta when they file their income taxes.

Mr. O’Toole called his party’s plan transparent and innovative and said it allows consumers to see what their own carbon footprint is.

The Conservatives just had a carbon-price epiphany. Good for them. Good for Canada

The policy is being released as political parties gear up for the prospect of an election campaign this year. In addition, the government is set to table its first budget in two years, which will detail further pandemic spending and its plan for economic recovery.

By releasing a carbon-pricing plan, Mr. O’Toole is trying to signal that he is serious about tackling climate change. At the party’s convention in March, members rejected a motion on recognizing that climate change is real. The vote was seen as a rebuke of Mr. O’Toole, who had told his party that the issue is real and Conservatives need to stop debating it.

Environment Minister Jonathan Wilkinson said he was disappointed by the Conservative proposal, adding that Canadians have been waiting a long time for the party to address what he described as an existential threat and an economic opportunity.

“We are overdue for a mature, adult debate on environmental policy in this country from the Official Opposition,” he said. “Unfortunately, this pamphlet does not get us there.”

“They want real action and a government that takes the climate crisis and their communities seriously,” she said.

Clean Prosperity, a climate-policy organization, said the plan was a significant step in the right direction but said that questions remain.

“All major political parties in Canada now agree that carbon pricing should be at the heart of any climate plan,” executive director Michael Bernstein said. “While reducing the consumer carbon price makes it less efficient, the Conservative plan presents a credible path to meeting Canada’s 2030 Paris targets.”

Keith Stewart, a senior energy strategist at Greenpeace Canada, said the Conservatives are proposing a weaker and more bureaucratic carbon-pricing system that disingenuously claims to be on the side of workers and against big government.

The Canadian Taxpayers Federation issued a statement that was highly critical of Mr. O’Toole for his “proposal to implement a carbon tax, which would break his pledge to repeal carbon taxes.”

“If he goes through with this scheme, he will be breaking his promise to Canadians,” said Franco Terrazzano, the CTF’s Alberta director.

Mr. O’Toole, who has long criticized the Liberal government’s approach, said that not a single penny from his plan will go to the federal government.

Late last month, the Supreme Court of Canada ruled that the Liberal government’s carbon-pricing plan was constitutional and is not a tax.

Next week, Prime Minister Justin Trudeau is expected to unveil new emissions targets as part of a summit with U.S. President Joe Biden. Both leaders are considering increases to their country’s reduction targets, which will require more stringent policies.

In the Paris Agreement on climate change, countries committed to keep the rise in global temperatures to 2 degrees Celsius above preindustrial levels, with the goal of limiting warming to 1.5 degrees.

According to a United Nations report, failing to act will lead to significantly worse climate impacts. Experts say the 30-per-cent reduction target that Canada first set is not substantial enough for the country to do its share to reduce emissions. A federal report released on Monday shows that Canada accounted for about 1.5 per cent of global emissions in 2017, but the country is “one of the highest per capita emitters.”

Mr. Wilkinson said this week that tougher targets could be met with a combination of new investments and regulatory changes. For example, he said Ottawa and Washington plan to change the fuel-efficiency standards for vehicles, with the main question being “how fast can we go in terms of raising the level of ambition” on fuel-economy standards. 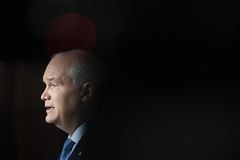 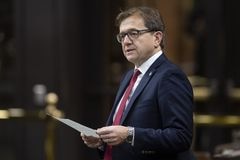 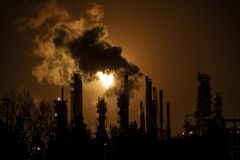