The ban on guns used in some of Canada’s most deadly mass shootings would be repealed if the Conservatives form government, the party confirmed Friday, after a day that saw Liberals and gun-control advocates accuse Erin O’Toole of misleading voters over his plans.

A Conservative spokesperson said the party would repeal the ban on about 1,500 military-style assault rifles that the Liberals introduced in a May, 2020, order in council. The clarification came after the Conservative Leader rejected Liberal Leader Justin Trudeau’s charge that Mr. O’Toole would “bring back assault weapons” during the leaders’ debate in Montreal on Thursday.

In his response to Mr. Trudeau, the Conservative Leader repeatedly said “that’s not the case” and said “we will maintain a ban on assault weapons” – a position he stuck to on Friday.

Party spokesperson Chelsea Tucker pointed The Globe and Mail to a line in the platform that says in addition to repealing the ban, the party will review the Firearms Act and “will then update legislation by introducing a simplified classification system and codifying it in law.”

Among the guns banned by the Liberals in 2020 are the Ruger Mini-14 (used at the École Polytechnique shooting and in possession of the Nova Scotia gunman last year), the Beretta CX4 Storm (used at Dawson College), the M14 (used in Moncton), and the VZ58 (used in the Quebec mosque shooting). The ban means the guns cannot be legally used, sold or imported.

In August, the Conservatives told The Canadian Press that the guns the Liberals banned last year are not full-fledged “assault weapons.”

On Friday, Ms. Tucker did not reply to multiple questions seeking clarification about what ban would remain in place if the 2020 ban is repealed and did not provide a list of the guns a Conservative government would ban. Two firearms groups, however, told The Globe that the Conservatives have previously indicated that the ban Mr. O’Toole would uphold refers to the 1977 ban on fully automatic weapons.

Tracey Wilson, a vice-president with the Canadian Coalition for Firearm Rights, said in an e-mail on Friday that Mr. O’Toole’s comments refer “to the actual assault rifle ban.” Asked if the Conservatives had clarified their position with her group, she said “yes.”

Mr. Trudeau accused the Conservative Leader of making different promises, depending on his audience.

“He got caught saying one thing to his friends in the gun lobby and its opposite to Canadians. That’s not the kind of leadership Canadians need,” the Liberal Leader said at a campaign stop in Mississauga.

Heidi Rathjen, a gun-control advocate with PolySeSouvient, said the Conservative Leader is “lying” and “misleading.”

“He’s mirroring the gun lobby’s tactic of playing with semantics in order to avoid defending the indefensible. That is making semi-automatic, military-type weapons legal again,” said Ms. Rathjen, who was a student at École Polytechnique and a witness to the 1989 massacre.

“It’s incredibly frustrating and even unreal that 32 years later, the families of the victims and witnesses like myself are still fighting to obtain a ban on assault weapons.”

But Ms. Rathjen said the Liberals have also lost credibility because of their broken gun-control promises from 2015 and 2019. She criticized the Liberal position on handguns, which leaves a ban up to the provinces, but heralded Mr. Trudeau’s current pledges. These include a mandatory buyback program on banned assault weapons (or rendering them inoperable) and cracking down on high-capacity magazines.

“The question now is why should Canadians believe Trudeau this time, when he broke the last two sets of promises,” Ms. Rathjen said.

Mr. O’Toole said he “will make sure that we work with police and we work to make sure that there’s a transparent process to keep people safe.” But he did not answer specific questions from reporters on the assault-weapons ban. Instead, he touted his Friday announcement that highlighted the Conservative plan to crack down on gangs and gun smuggling.

The Conservatives are also promising to impose mandatory minimum sentences on some gun smugglers and people convicted of firearm crimes previously found guilty of another offence involving a gun.

The party would also repeal Bill C-71, which was passed by the Liberals in their first mandate. It requires firearms vendors to keep track of sales and purchasers, in a bid to beef up Canada’s gun-control regime while stopping short of creating a new federal long-gun registry.

After Thursday night’s debate in Montreal, which was held in French, NDP Leader Jagmeet Singh was in Quebec City on Friday to highlight his party’s policies for Quebec. He promised to increase the provincial health transfer, and pledged that the party would always recognize Quebec as a nation with a unique identity. “That will always be at the heart of our platform and our values,” Mr. Singh said in French.

The NDP platform promises to “work to keep assault weapons and illegal handguns off our streets, and to tackle gun smuggling and organized crime.”

Mr. Trudeau was at Toronto Pearson Airport, where he was re-announcing his party’s intention to make vaccinations mandatory for domestic travellers, as well as for federally regulated workers.

Latest updates and essential reading ahead of Sept. 20 vote

Follow the latest Nanos-Globe-CTV numbers ahead of the Sept. 20 vote

With reports from Menaka Raman-Wilms and The Canadian Press. 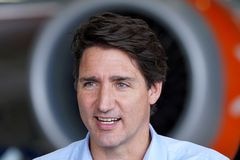 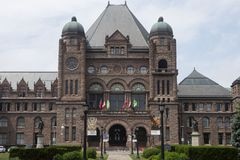 Follow Marieke Walsh, Bill Curry and Laura Stone on Twitter @mariekewalsh @curryb @l_stone
Report an error Editorial code of conduct
Due to technical reasons, we have temporarily removed commenting from our articles. We hope to have this fixed soon. Thank you for your patience. If you are looking to give feedback on our new site, please send it along to feedback@globeandmail.com. If you want to write a letter to the editor, please forward to letters@globeandmail.com.
Comments