A Thunder Bay consultant whose exposure of the mouldy and unsafe housing in a remote Ontario First Nation persuaded the federal government to pay to replace homes on the reserve says he will receive $1.28-million for that work under a deal he negotiated with the chief and council.

The expected payout to Gerald Paulin and his company, Windsun Energy Corp., is raising eyebrows of federal officials and First Nations leaders, as well as shining a light on the lucrative deals being negotiated by some consultants. At the same time, Mr. Paulin’s efforts have brought attention to the housing crisis in many First Nations where families live in conditions that would not be tolerated elsewhere in Canada.

Mr. Paulin has already received $20,000 for a report on a $200,000 investigation he helped to arrange in December, 2018, of the homes in the Cat Lake First Nation, which recommended the demolition and replacement of 87 of 124 units.

That report, which found mould in almost every house on the reserve, as well as safety issues such as bad electrical work and improperly installed wood stoves, prompted outrage, national news stories and a $12.8-million commitment from the federal Indigenous Services department to replace and repair homes at Cat Lake.

The First Nation had a contract with Mr. Paulin, signed in November, 2017, that promised to give him “10 per cent of all new monies brought into Cat Lake” as a result of work done before April 18, 2019. Under that deal, he would collect no fees, other than his own expenses, unless he could deliver government funds to the community.

But when Seamus O’Regan, the Indigenous Services Minister, signed an interim housing agreement on Feb. 21 with the First Nation, it was uncertain Mr. Paulin would be paid. The Cat Lake band council, Mr. Paulin said, gave him a letter terminating his contract that was backdated to Feb. 20.

And the agreement, which was signed between Cat Lake and the government, was worded to ensure that the money flowed only to Cat Lake and its partner for the purpose of housing, said a federal source with knowledge of the situation, who was not authorized to speak publicly on the matter.

Mr. Paulin flew from his winter home in Florida to Thunder Bay last week to meet with Cat Lake council members in an attempt to enforce his contract. And, after some negotiation, he said in a telephone interview Friday, the band council has promised to pay him the full $1.28-million out of revenue streams not related to the new housing agreement.

“They have to pay me what they owe me, and they have agreed,” Mr. Paulin said, adding that he has been told he will be given $30,000 this week as a “good faith” down payment.

The First Nation did not respond to The Globe and Mail’s interview requests.

Mr. O’Regan did not respond directly to questions about whether it is reasonable for consultants to take a significant share of money given to First Nations to deal with a housing crisis. But his office said in an e-mail that, not speaking directly about Cat Lake, the government would take seriously any misuse of funds given to Indigenous communities and had processes in place to look into such concerns.

Cat Lake’s struggles with mouldy and unsafe housing are not unique among First Nations.

Alvin Fiddler, Grand Chief of the Nishnawbe Aski Nation, said Cat Lake’s housing is deplorable, but no worse than that of many other reserves, and better than some. Mould, shoddy construction and dangerous electrical wiring are common in First Nations communities, as is overcrowding.

Last year, nearly 30 people had to be evacuated from the Fort Albany First Nation near the western shore of James Bay when a deep frost caused the sanitary sewers to freeze and back up. A trip by a Globe photographer there last week revealed homes with holes in the walls, fractured foundations, black mould and sagging roofs.

When asked how it will address issues similar to those in Cat Lake on other reserves, Mr. O’Regan’s office said the government is aware of the housing needs and pointed out money for on-reserve housing has been included in each of the past three federal budgets.

Mr. Fiddler said it would be easy to go into many of the 49 First Nations represented by his organization and say half of the homes should be demolished or significantly repaired. “Communities like Bearskin Lake, Attawapiskat, they may be even worse than Cat Lake in terms of need,” Mr. Fiddler said. “Every time we visit communities, that’s the number one priority: housing, housing, housing.”

As for the deal struck between Mr. Paulin and Cat Lake, said Mr. Fiddler, it would be “parasitic” for any consultant to try to get a significant chunk of money provided by the government to replace homes in a First Nation.

Mr. Paulin, whose own health has suffered as a result of the time he has spent staying in mouldy housing at Cat Lake, said, the First Nation has asked him to do more work, negotiating a land claim that has sat dormant for six years, trying to get the money to build a high school and developing an island that is part of the reserve so it can be used for more housing.

He said six other First Nations have inquired about his services. But for the moment, Mr. Paulin said, he will work exclusively at Cat Lake “because I like to finish what I start.” 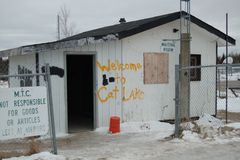 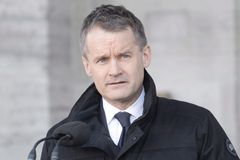