The Liberal government received royal assent on Friday for its contentious Bill C-69, the culmination of its effort to revamp how Ottawa reviews major resource projects that began soon after Prime Minister Justin Trudeau took power in 2015.

As part of an environmental platform, Mr. Trudeau campaigned four years ago on a promise to repeal Conservative legislation passed in 2012 that had reduced the ability of the public to participate in project reviews, eliminated protections for fish habitats and tilted the playing field in favour of economic development. The Liberals argue Bill C-69 and companion legislation will protect the environment and the rights of Indigenous communities while ensuring that good resource projects receive approval in a predictable review process.

However, it was bitterly opposed by the oil industry – which complains it is a death trap for any future pipeline proposal – and by Alberta’s United Conservative Party government, which argues it hurts the provincial economy and will inflame regional tensions and spark a national unity crisis.

By a vote of 57-37, the Senate passed the legislation late Thursday night after having sent it back to the House of Commons last month with some 182 amendments. The Liberals stripped from the bill most of the changes supported by Alberta and the oil industry, but did send it back to the red chamber with 99 amendments that had been proposed by the Independent Senate Group (ISG), a group of senators who were appointed by Mr. Trudeau but do not sit as Liberals.

“Better rules will provide certainty to business and show investors that Canada is the best place in the world to invest,” Environment and Climate Change Minister Catherine McKenna said in a statement on Thursday night. She said many of the Conservative amendments from the Senate were essentially written by oil-industry lobbyists.

Alberta Premier Jason Kenney has vowed to launch a constitutional challenge arguing the legislation infringes on provincial rights. On Twitter on Friday, Mr. Kenney called the Senate vote a “bad day for our economy and the Canadian federation.”

The legislation has been a flashpoint for Western Canadian anger over the Liberal government’s handling of the resource economy, with industry groups mounting a ferocious lobbying campaign after it was passed by the House of Commons and sent to the Senate last fall. Federal lobbying records show executives from oil companies and their associations met dozens of times with senior ministerial aides and key senators in an effort to have the bill revamped to make it more business-friendly.

“It acts to stifle competitiveness in a critical Canadian sector and fails in its claim of balanced environmental protection,” Mr. Rickford said in a release.

The Liberals did accept an unprecedented number of amendments from the Senate, including changes that limit the environment minister’s discretion to intervene in a hearing process; clarify that the review agency has the power to manage public participation in order to meet strict timelines; and add explicit language that the goal of the project assessments is to ensure economic development along with sustainability.

The Senate also passed legislation on Thursday that imposes a ban on marine tankers from picking up or delivering large quantities of crude oil on British Columbia’s northerly coast. Mr. Trudeau promised in the 2015 election to impose a tanker ban to ensure no oil pipelines would be built through B.C.'s Great Bear Rainforest.

Environmental groups applauded passage of the impact-assessment legislation on Friday, but remain worried the Liberals will exclude too many projects from the list of those that require a full federal review.

“The government should be commended for remaining committed to strengthening environmental oversight in the face of misinformation and fear-mongering from the oil and gas industry and some provincial leaders,” Environmental Defence executive director Tim Gray said on Friday.

While the legislation will not affect any project that has been approved, it would jeopardize future investment in oil and natural-gas pipelines, said Chris Bloomer, president of the Canadian Energy Pipeline Association.

The Liberal government move this week to reapprove the Trans Mountain Pipeline expansion project "is only part of the solution,” Mr. Bloomer said. “We desperately need more investment. We will need new projects. However, Canada is sending mixed messages that will send critical investment capital elsewhere.”

On Friday, the National Energy Board said it would rely on decisions and orders that were issued before the Federal Court of Appeal quashed the original permit for the pipeline, an approach that will speed up the resumption of work.

While the oil industry was adamantly against Bill C-69, other business groups were more supportive. The Mining Association of Canada said the new law represented an improvement for most of its members compared with the Conservatives’ 2012 legislation. The Canadian Electricity Association said it had hoped to see more Senate amendments adopted by the government, but also saw C-69 as an improvement over the status quo.

The Senate adjourned on Friday after the House of Commons rose on Thursday. They will not return before the fall election, unless they are recalled in the summer to pass legislation implementing the new NAFTA accord. 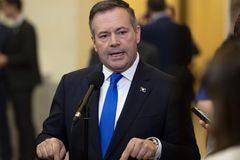 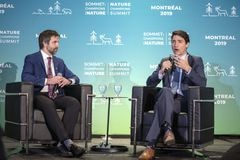