The Liberal Party released a costed campaign platform on Wednesday detailing how a re-elected government would spend an additional $78-billion over five years – primarily in areas such as health care, housing and seniors – while targeting corporations and the wealthy for $25-billion in tax hikes.

Released on the day before the first French-language leaders’ debate, the platform features a heavy dose of wedge politics, including several proposals related to abortion, which Liberal Leader Justin Trudeau immediately highlighted as an area where he says his party differs from the Conservatives.

Similarly, the Liberal platform promises legislation to ensure businesses and groups that require their customers to show proof of vaccination against COVID-19 will be protected from legal challenges. Mr. Trudeau frequently raises vaccination requirements on the campaign trail as another issue on which he says his views diverge sharply from those of his Conservative opponent, Erin O’Toole.

While the platform includes new proposals, many of the more expensive promises in areas such as child care, health, housing and the environment were previously announced. What is new is the detailed table that provides five-year cost estimates for each, and updated projections for Ottawa’s bottom line.

The platform estimates the federal deficit will decline from $156.9-billion this year to $32-billion in 2025-26, but offers no timeline for erasing it entirely. Those annual deficits would be $14-billion higher per year on average than the pre-election forecast the Parliamentary Budget Officer released in August.

On the revenue side, the platform proposes a minimum 15-per-cent tax on people in the highest income bracket so that deductions and credits can’t reduce their tax obligations below that threshold. That would be in addition to a 3-per-cent surtax on banks and insurance companies with profits over $1-billion and a temporary fee called a recovery dividend on those same financial institutions. The platform also counts on nearly $12-billion in new revenue through increased tax enforcement.

The platform shows the debt as a share of GDP would be reduced slightly over five years, from 51.2 per cent to 49.2 per cent. It also states that a steadily declining debt-to-GDP ratio would be a “fiscal anchor” to guide a re-elected Liberal government.

The figures include $15-billion over three years as a “risk adjustment” to cover unforeseen costs related to the COVID-19 pandemic.

“This is a responsible and prudent plan that is fair and also completely transparent,” Mr. Trudeau said in Toronto. “None of the other parties have shown their numbers, have shared their costings beyond a few projections that rely on magical thinking, like 3-per-cent growth for the coming decade every year for Canada, which has only happened once in our history.”

The Conservatives and the NDP have already released their platforms, but those documents did not include detailed costing tables. They have promised updates with the figures once the Parliamentary Budget Officer has reviewed their proposals.

The Liberal Party also released independent costing notes from the PBO related to some of its main proposals.

Mr. O’Toole said this week that a Conservative government would balance the books over 10 years “without cuts,” and his platform said this would partly be accomplished by achieving average economic growth of 3 per cent.

The Conservative Leader dismissed the Liberal platform on Wednesday as a collection of recycled promises from the 2019 election and the April budget.

“Canadians are kind of tired of this fly-by-night, never-live-up-to-the-promises-you-made Justin Trudeau,” he said. “Our plan is a balanced one to get our budget back to balance over the course of 10 years by controlling spending, but making sure upfront that we help the country get back on its feet.”

On abortion, the Liberal platform proposes adding new regulations – which can be approved by cabinet without introducing legislation in Parliament – to the Canada Health Act so any province that fails to ensure access to abortion services would be penalized via reduced federal health transfers.

Other proposals include removing charity status for anti-abortion organizations “that provide dishonest counselling to women about their rights and about the options available to them at all stages of their pregnancy.” Health Canada would also be given $10-million to fund a portal with “accurate, judgement-free, and evidence-based information” on sexual and reproductive health.

Mr. O’Toole has repeatedly said he is pro-choice and would not reopen the issue, but the Liberals point out that many of his caucus and party members oppose abortion.

Other new Liberal proposals include allowing new parents with student loans to pause their payments, and adding $400-millon over four years to the CBC/Radio-Canada budget to work toward eliminating advertising during news and other public-affairs shows.

Another section outlines proposals related to guns and crime. That includes $1-billion for the provinces and territories to implement a ban on handguns.

The list of costs includes $350-million over two years to resettle an additional 20,000 refugees.

The most expensive new election promises, the ones that each account in the billions annually, are chiefly for health care. The Liberals propose a fund to reduce backlogs for surgery and other procedures, a new mental-health transfer to provinces, additional funds for long-term care – and programs to address the cost of housing.

Ottawa has signed agreements to fund that with eight provinces and territories, and the platform booklet presents the child-care plan as an economic boon, saying it “has the potential to be the biggest economic boost since the [North American free-trade agreement].”

The term “seniors” appears more than 40 times in the platform, including a promised career-extension tax credit worth up to $1,650 for people who choose to stay in the work force past the age of 65.

With reports from Laura Stone and Menaka Raman-Wilms 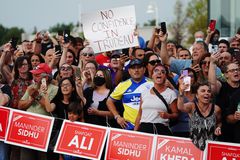 Opinion
Both Trudeau, O’Toole have been showing no signs of fiscal restraint this election campaign
Subscriber content
August 31, 2021 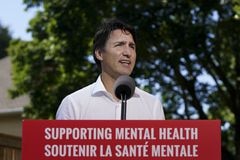 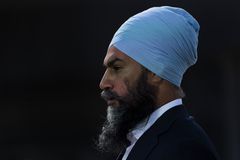 Follow Bill Curry and Campbell Clark on Twitter @curryb @camrclark
Report an error Editorial code of conduct
Due to technical reasons, we have temporarily removed commenting from our articles. We hope to have this fixed soon. Thank you for your patience. If you are looking to give feedback on our new site, please send it along to feedback@globeandmail.com. If you want to write a letter to the editor, please forward to letters@globeandmail.com.
Comments