The RCMP discovered one of its internal documents on a laptop seized by American authorities in March, 2018, triggering an investigation that culminated in the arrest last week of the head of the national police force’s intelligence unit, a senior government official said.

The laptop belonged to Vincent Ramos, a Vancouver businessman linked to organized crime. His company, called Phantom Secure, produced encrypted communications devices used by criminal organizations. He was charged in the U.S. with conspiring to distribute narcotics and racketeering, and, after pleading guilty, sentenced to nine years in prison earlier this year.

Once the Mounties looked at Mr. Ramos’s computer and found the suspicious internal document, they created a list of RCMP personnel who could have been responsible for the alleged security breach, said the government official. The probe was code-named “Project Ace.”

The Globe and Mail is keeping the official’s name confidential because the individual was not allowed to speak publicly about the matter that is before the court.

By May of this year, investigators started to focus their attention on Cameron Ortis, the 47-year-old head of the RCMP’s national intelligence co-ordination centre, the official said. After accumulating additional evidence, the RCMP obtained judicial authorizations at the end of August to conduct searches in relation to the alleged leak, including at his residence in downtown Ottawa.

Last Thursday, the RCMP arrested Mr. Ortis and laid seven charges against him under the Security of Information Act and the Criminal Code, including communicating special operational information and preparing information for the purpose of communicating with a foreign entity or terrorist group.

The charges are in relation to infractions allegedly committed between 2015 and 2019. They deal with the information contained on Mr. Ramos’s computer, as well as information and electronic material that were obtained by the RCMP during recent searches, the official said.

To this point, the official said, there is not enough information to determine what intelligence, if any, was communicated outside the RCMP, except for the single document found on Mr. Ramos’s laptop.

However, the arrest has raised alarm bells throughout the government, given Mr. Ortis’s ability to access some of the most confidential information in the country. In his position, he could go into databases containing sensitive information from the RCMP, other Canadian law-enforcement agencies, and allied police and intelligence services around the world.

His arrest has led to a large-scale effort inside the Canadian government and around the world to discover what information could have been compromised.

“We are aware of the potential risk to agency operations of our partners in Canada and abroad and we thank them for their continued collaboration. We assure you that mitigation strategies are being put in place as required,” she added.

Commissioner Lucki said the charges “have shaken many people through the RCMP.”

According to the CBC, the Communications Security Establishment (CSE) and the Canadian Security Intelligence Service have concluded that the release of the material seized by the RCMP could cause serious damage to Canada and its allies.

"CSE’s preliminary assessment is that damage caused by the release of these reports and intelligence is HIGH and potentially devastating in that it would cause grave injury to Canada’s national interests,” said a document obtained by the broadcaster.

Mr. Ortis made a first appearance in court last Friday via video-link and is scheduled to appear a second time on Friday. He has yet to enter a plea.

According to American authorities, Mr. Ramos’s company facilitated the “transnational importation and distribution of narcotics through the sale and service of encrypted communications.”

Court filings show that the 41-year-old Mr. Ramos, who was born in Winnipeg, lived in the Vancouver area nearly his entire life. His first jobs were to work as an Amway salesman and then, later, selling Rogers mobile phones to corporations.

In the mid-2000s, he started his own venture known as Phantom Secure, selling BlackBerry devices whose data moved through servers that he controlled. He advertised the devices on the internet as conduits of totally secure communications that could not be intercepted.

Over time, his devices started turning up in global police probes related to trafficking of cocaine and methamphetamine, and authorities came to see him as a key information-technology consultant for global organized crime.

According to the U.S. Department of Justice, Phantom Secure generated approximately US$80-million in revenue between 2008 and 2018, facilitating “drug trafficking, obstruction of justice and violent crime around the world.”

The police operation that led to Mr. Ramos’s arrest involved authorities in the United States, Australia, Canada, Panama, Hong Kong and Thailand; it included 25 searches of houses and offices of Phantom Secure in the U.S., Australia and Canada in 2018. 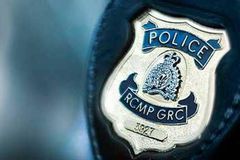