The federal government is coming under fire for allowing Irving Shipbuilding to claim an Alberta French fry plant as an industrial benefit of a contract to build warships for the Canadian navy.

Under the Industrial and Regional Benefits (IRB) policy – later renamed the Industrial and Technological Benefits policy – the federal government requires prime contractors of defence procurements to undertake business activity in Canada equal to 100 per cent of the value of the contracts they are awarded. Key objectives of this policy are to support the sustainability and growth of Canada’s defence sector and boost innovation through research and development.

Irving Shipbuilding Inc. has more than $3-billion of IRB obligations arising from the contract it was awarded by Ottawa to build Arctic and offshore patrol ships. According to the Department of Innovation, Science and Economic Development, the company has fulfilled more than $1.4-billion of these obligations and has more than $353-million “in progress,” with another $1.3-billion yet to be identified.

As The Globe and Mail reported earlier this week, after Cavendish Farms, another company in the Irving business empire, invested $425-million in a frozen-potato processing plant in Lethbridge, Alta., Irving Shipbuilding earned a credit of approximately $40-million toward its IRB obligations under the Arctic vessel contract.

Opposition critics and defence analysts said they don’t fault Irving, which complied with the rules to receive the IRB credit. But, they say, a frozen-potato processing plant is not really the ideal outcome of a policy intended to ensure that defence procurement supports the economic development of Canada’s defence industry.

“The last time I checked we have not fought a war using French fries,” said NDP MP Charlie Angus, who added the rules need to be tightened so that companies cannot claim frozen-food plants for industrial and regional benefit obligations.

“I see no evidence that Irving has done anything wrong here,” Mr. Byers said. “But the Canadian government has made at least two serious mistakes: Designating the Canadian shipyards as prime contractors and then not restricting the allowable IRBs to directly defence-related investments.”

Stephen Saideman, a political scientist at Carleton University, said that while the French fry plant may fit the criteria established by Ottawa for defence contractors to meet their obligations to generate economic spinoffs, it’s not what the policy was really intended to spur.

“Does it advance Canadian innovation and knowledge transfer in defence? No. Does it employ Canadians? Yes. Is this kind of economic benefit IRBs are supposed to yield? Not what was intended, certainly,” Prof. Saideman said.

Separately, the Trudeau government was criticized for allowing the Department of Innovation to alert the Irving family that The Globe was seeking information from public servants about whether the family’s shipbuilding company had claimed the Cavendish French fry plant as an industrial benefit.

“What is the Prime Minister trying to do, turn Canada into some kind of two-bit potato republic for his friends?” Mr. Angus asked in the House of Commons. “They tipped off the Irvings, who then threatened The Globe and Mail with a lawsuit. Think about that: a government snitch line for billionaires to target journalists over the spending of taxpayers’ money.”

Innovation Minister Navdeep Bains defended his department’s actions, saying Ottawa is contractually obligated to obtain the consent of Irving Shipbuilding before providing any information to the media about industrial and regional benefits agreements it has with the government.

“We have clear obligations to verify information that is commercially sensitive,” Mr. Bains said during Question Period. “We must receive consent from the contractor and my team and officials followed all of the appropriate steps respecting privacy.”

Public Procurement Minister Carla Qualtrough said she wishes the Irving company and its lawyers hadn’t threatened to sue reporters who were asking questions about the company’s federal shipbuilding contracts.

“It is certainly not a behaviour I would engage in,” Ms. Qualtrough said. “And I wish there is respect shown to journalists for doing their jobs."

But Ms. Qualtrough stopped short of saying whether Ottawa would take any action beyond reviewing its policies.

On Monday, The Globe sent an e-mail to media relations at the Department of Innovation asking whether Irving Shipbuilding or holding company J.D. Irving Ltd. had claimed the Cavendish Farms frozen-potato processing plant in Lethbridge as an investment to fulfill its obligations under the Arctic and offshore patrol-ships contract.

A second e-mail was sent to the Innovation Department’s media relations account Tuesday after the department failed to respond.

On Thursday, Irving Shipbuilding defended its actions, saying they were concerned about possibly “highly inaccurate information” that could damage the company’s reputation. 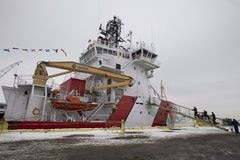 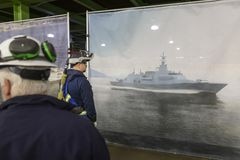 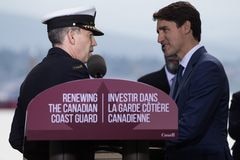