When the world was gripped with worry that the new coronavirus might tip the planet into recession, Saudi Arabia’s Crown Prince decided it was the time for a reckless gamble with oil prices.

By now, everyone should realize that Mohammed bin Salman is a danger to the world.

This past weekend was a vivid illustration of the peril in the brash style of the 34-year-old Saudi crown prince, de facto ruler under the reign of his 84-year-old father, King Salman.

The crown prince – MBS, as he is known around the world – launched another crackdown on dissent, arresting senior Saudi royals, including his predecessor as crown prince, Prince Mohammed bin Nayef.

And then, in market-shaking manoeuvres over international oil production, he played a dangerous game of chicken that sent world oil prices tumbling, clobbered stock prices, and spiked fears of a global recession.

Both should make the world anxious.

It wasn’t the first time the Saudis have played rough with oil-production talks designed to keep prices up. This time, though, the timing meant that the decision was particularly reckless.

And it could only have been made on the orders of a crown prince with a record of such moves, Mohammed bin Salman.

It is often difficult for Saudi Arabia and its partners in the Organization of Petroleum Exporting Countries (OPEC) to reach agreement with Russia on limiting oil production to keep prices firm. It has been especially hard since the fracking boom helped the United States double its oil production, noted Richard Masson, executive fellow at the University of Calgary’s School of Public Policy. When the Saudis and the Russians agree to cut production, the Americans keep pumping oil.

This year, the pressure grew: Forecasters predicted demand for oil would shrink because of coronavirus. When Saudi Arabia proposed that OPEC and Russia reduce production to keep prices up, Russia said no.

Saudi Arabia’s response was to threaten to burn down the house: It signalled it would expand production, reducing prices. All the oil exporters would feel pain. But Saudi Arabia, which produces oil at a lower cost, might figure it would feel less pain, Mr. Masson said.

If it goes on, it will destabilize other oil producing countries, and could lead to a financing crunch for shale oil producers in the United States, Mr. Masson said. The situation might not be as bad in Canada’s oil sands because it is already suffering weak investment.

But the broader fear is that it will trigger a financial crash. Stock markets plummeted on Monday. Confidence could be shaken. Financial markets were already teetering last week because of the coronavirus. It was the wrong time for MBS to shock the world economy. But it fit his record.

Before he was crown prince, as defence minister, he played a key role in launching the Saudi war in Yemen, which grew into a humanitarian disaster and strategic quagmire. As crown prince, he enforced a blockade of neighbouring Qatar. In 2018, he cut ties with Canada over a tweet from then-foreign affairs minister Chrystia Freeland about activists. The next year, the CIA concluded, despite MBS’s denials, that the crown prince was behind the 2018 murder of Washington Post columnist Jamal Khashoggi, who was dismembered in Saudi Arabia’s consulate in Istanbul.

That record must have alarmed many in the conservative Saudi royal family. Last weekend’s new wave of arrests included a full brother of King Salman, Prince Ahmed Abdulaziz al Saud, who the New York Times reported was accused of plotting a coup with the previous crown prince.

In the past, cautious Saudi rulers governed by building allies within the kingdom and outside, Ms. Farouk said. Now a young crown prince is seeking to build his authority and quash all dissent.

Saudi Arabia might have no force left within it to restrain MBS’s impulses.

The United States, under the Trump administration, has been an ally and an enabler. Perhaps now, President Donald Trump will see the need to influence the crown prince to calm his chaotic oil policy, which will eventually damage the interests of Saudi Arabia, which depends on oil revenues. Certainly, the world should now see MBS’s erratic recklessness as a global danger. 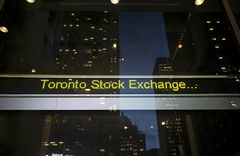 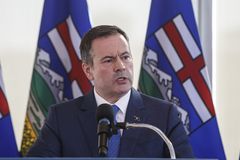 Coronavirus information
The Zero Canada Project provides resources to help you manage your health, your finances and your family life as Canada reopens.
Visit the hub
Follow Campbell Clark on Twitter @camrclark
Report an error Editorial code of conduct
Due to technical reasons, we have temporarily removed commenting from our articles. We hope to have this fixed soon. Thank you for your patience. If you are looking to give feedback on our new site, please send it along to feedback@globeandmail.com. If you want to write a letter to the editor, please forward to letters@globeandmail.com.
Comments