A group of Canadian diplomats and their families is suing the federal government, alleging Ottawa failed to properly address mysterious brain injuries they sustained while representing Canada in Cuba.

The suit, filed in Federal Court on Wednesday, claims the federal government failed to warn the diplomats about the health risks associated with working in Cuba, remove them from the posting when they showed symptoms and provide them with access to adequate medical care. The plaintiffs include five diplomats, two spouses (one of whom works for Global Affairs Canada) and seven children.

“I think it became, ‘We are fed up. We don’t think we’re being treated properly and we’re going to take this as our only alternative,’ " said Paul Miller, one of the lawyers representing the diplomats. “We’ve got some people who may not work again.”

The plaintiffs, who are not named in the statement of claim, are among the diplomats posted in Cuba who have been diagnosed with “Havana syndrome,” which neurologists say is medically similar to a concussion but without physical trauma, and which some U.S. researchers have speculated may have been the result of some sort of energy weapon. Symptoms include dizziness, nosebleeds, headache, nausea and confusion. The diplomats are seeking $28-million.

Blood and bureaucracy: Inside Canada’s panicked response to ‘Havana syndrome’

Despite intensive study by scientific and medical researchers, national police, intelligence and defence agencies from Canada, the United States and Cuba, no explanation or plausible motive has yet been found for the attacks.

Speaking to reporters in Washington on Wednesday night, Foreign Affairs Minister Chrystia Freeland said she has met with some of the affected diplomats and is concerned about them. She said they have Canada’s “utmost sympathy and support.” However, she declined to comment on the specifics of the lawsuit.

“The government of Canada’s foremost concern is the health and safety of our diplomats and their families. It’s a privilege to serve Canada around the world, but it’s also really hard and it’s something that whole families do,” Ms. Freeland said.

Last month, Canada cut the number of diplomatic staff in Cuba to eight from 16 after another person reported symptoms. A total of 14 Canadians have reported symptoms since the spring of 2017.

American diplomats first experienced the injuries in late 2016, with more than two dozen developing symptoms. As a result, the U.S. embassy in Cuba reduced its staff to a maximum of 18 people, down from more than 50 before diplomats experienced the unexplained health problems.

Most of the former Canadian embassy staffers afflicted with Havana syndrome have been unable to return to full-time work, although all are still employed by Global Affairs. The Globe granted them anonymity because they are still full-time government employees and are not authorized to speak.

“We have reached this conclusion reluctantly,” one of the affected diplomats said. “This is a last resort, a last straw – it is not something we wanted to do. But it is the only way to get the answers and accountability we have been seeking for almost two years.”

She noted that the Americans affected by the symptoms were receiving treatment 11 months before Ottawa decided to apply specialized and thorough testing to its embassy staff.

Some diplomats say they experience only minor symptoms, while others are having a hard time working or concentrating, as if they had suffered a serious concussion.

Another former embassy staffer said his wife texted him from a mall this week to ask why she was there. His wife had worked in the embassy’s accounting department, and had also suffered symptoms, along with their children. She has been unable to work since then. He said his wife used to read a lot and work with numbers, but now hates reading, cannot concentrate and forgets a lot.

The diplomats say that the government has repeatedly broken promises to have them tested and diagnosed in specialized research programs devoted to the syndrome.

In April, 2018, after the diplomats had complained in months of correspondence about the lack of consistent testing or appropriate medical care, the government told them in a meeting and through e-mail communications that they would all be sent to the University of Pennsylvania to be tested as part of a comprehensive evaluation of Havana syndrome by neurological research specialists at the Perelman School of Medicine. Those researchers, led by neurosurgery specialist Douglas Smith, first identified the syndrome in a study published in the Journal of the American Medical Association in February.

But the government never sent the diplomats or their families to Pennsylvania, and did not respond clearly to their repeated requests (one was told by Ottawa that the UPenn researchers “had not returned our calls").

Only four of the affected Canadians – two adults and two children – ended up being tested at UPenn, and only because they had arranged and paid for the visit themselves.

The diplomats consider the university’s study crucial because it has included the much larger group of injured U.S. diplomats, and makes use of advanced scanning technology.

Government officials say they decided last August to fund a new study at the Brain Repair Centre of Dalhousie University in Halifax. As a result, it was only in September that all the diplomats received notice they could be tested at Dalhousie.

Mr. Miller said the diplomats remain frustrated because there’s no consistent research standard that has been applied to all the Canadian cases. 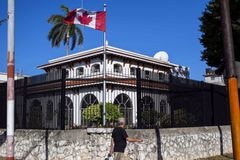 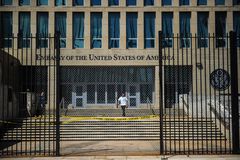 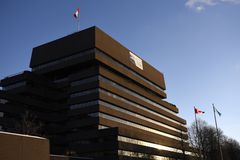 Follow Michelle Carbert and Doug Saunders on Twitter @michellecarbert @dougsaunders
Report an error Editorial code of conduct
Due to technical reasons, we have temporarily removed commenting from our articles. We hope to have this fixed soon. Thank you for your patience. If you are looking to give feedback on our new site, please send it along to feedback@globeandmail.com. If you want to write a letter to the editor, please forward to letters@globeandmail.com.
Comments