Justice Minister David Lametti says it would have been appropriate for the Prime Minister’s Office to discuss with former attorney general Jody Wilson-Raybould the option of intervening to prevent criminal prosecution of SNC-Lavalin.

Lametti took over the justice and attorney general roles from Wilson-Raybould in a cabinet shuffle in early January. He was the first witness today at the House of Commons justice committee as it began an inquiry into allegations that Wilson-Raybould was improperly pressured by the PMO to cut a deal with the Montreal engineering giant.

Lametti said the attorney general “is not an island” who can’t talk to cabinet colleagues or government officials before making a decision about a prosecution.

However, he said it is crucial that the final decision must be the attorney general’s alone.

Lametti, who is advising Prime Minister Justin Trudeau about whether he can waive solicitor-client privilege in the issue, also told the committee that privilege does not “inherently” apply to conversations an attorney general has with officials or cabinet colleagues. It applies strictly to instances when an attorney general, as the government’s chief lawyer, gives legal advice to the government.

Privy Council Clerk Michael Wernick also appeared at the committee Thursday to address the SNC-Lavalin controversy. He prefaced his testimony by saying he is worried someone will be assassinated during the coming federal election campaign given the disturbing tenor of recent public discussion.

“I worry about the rising tide of incitements to violence when people use terms like ‘treason’ and ‘traitor’ in open discourse. Those are the words that lead to assassination,” Wernick told the MPs. “I’m worried that somebody’s going to be shot in this country this year during the political campaign.”

Wernick lamented the reputations of honourable people who have served their country “being besmirched and dragged through the market square.”

He also expressed dismay about what he called the trolling from the vomitorium of social media entering the open media arena.

“Most of all I worry about people losing faith in the institutions of governance of this country, and that’s why these proceedings are so important.”

Prime Minister Justin Trudeau is trying to manage fallout from anonymous allegations made to the Globe and Mail newspaper that Wilson-Raybould was pressured to allow SNC-Lavalin to negotiate a remediation agreement and avoid criminal prosecution for fraud and bribery.

Trudeau has said there were conversations with Wilson-Raybould about the SNC-Lavalin prosecution but that he told her the decision was hers alone to make and that she wasn’t being directed to do anything.

Speaking in Halifax Thursday, Trudeau says he still doesn’t understand Wilson-Raybould’s resignation from cabinet despite her explanations this week to government ministers and the Liberal caucus.

“This is not a decision that remains clear to me,” Trudeau said to reporters in Halifax this morning.

After Wilson-Raybould spoke to cabinet Tuesday and the Liberals dropped objections to calling her as a witness at the justice committee, speculation grew that Trudeau and his former star minister had come to some sort of agreement about what had taken place, but given the prime minister’s comments today that may not be the case.

Wilson-Raybould resigned Feb. 12, several days after publication of the allegations, and Trudeau’s most trusted adviser, Gerald Butts, resigned as his principal secretary Feb. 18. Butts denied he had done anything improper but felt he had become a distraction to the government amid the swirling allegations.

Wilson-Raybould remains a member of the Liberal caucus.

Wilson-Raybould hasn’t said anything publicly about the substance of the matter. Her comments at both the cabinet and caucus meetings this week are confidential.

Wilson-Raybould said Wednesday she would like to tell what she knows, but a decision to waive confidentiality is not hers to make.

Both she and Trudeau are seeking legal advice on solicitor-client privilege.

The prime minister, meantime, will not disclose what Wilson-Raybould said at the cabinet meeting.

“It is a central tenet of our parliamentary system that cabinet confidence applies,” Trudeau said today. 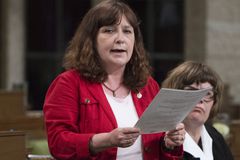 From the comments: ‘The facts are extremely damning’. Readers respond to latest revelations in Jody Wilson-Raybould controversy
February 21, 2019 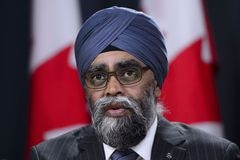