The federal government’s fall economic update is expected to focus on immediate pandemic challenges, including new aid for hard-hit sectors such as retail, hospitality and tourism, while revealing a projected deficit that exceeds the record $343.2-billion announced in July.

A senior government official told The Globe and Mail Wednesday that Finance Minister Chrystia Freeland’s fiscal update will also provide a breakdown of pandemic-related spending to date, while setting aside billions for a future recovery plan that will be outlined in the 2021 budget.

The Globe is not identifying the official because they were not authorized to comment publicly on the subject.

Monday’s report will be the Liberal government’s first update of the federal bottom line since Ms. Freeland’s predecessor, Bill Morneau, released a fiscal “snapshot” in July. Unlike traditional updates, that snapshot did not make projections beyond the current fiscal year.

The government is expected to discuss the longer-term consequences of current emergency spending and near-term stimulus, while outlining why Ottawa believes this new debt is sustainable over the longer term. The update is not expected to include a firm fiscal anchor, such as a date for eliminating the deficit or a schedule for reducing the debt-to-GDP ratio, as some financial experts have called for.

Critics of the government’s approach have urged Ms. Freeland to release a clear plan for managing a federal debt that is on pace to exceed $1-trillion this year. A recent global comparison of government spending by the International Monetary Fund found that Canada’s one-year projected deficit of 19.9 per cent of GDP – which includes provincial spending – is larger than any other listed country. However, the same report also showed Canada’s net debt of 46.4 per cent is well below the G20 average of 103.9 per cent.

It is not yet clear how the government intends to support troubled sectors in the update.

Susie Grynol, chief executive of the Hotel Association of Canada and a member of a coalition of hardest-hit businesses, said she hopes the government improves existing programs, such as the rent subsidy, wage subsidy and business loans. For example, she said the government should backstop 100 per cent of bank loans for entrepreneurs in some sectors because even with 80-per-cent government backing, banks aren’t approving some loans.

The Liberals “deserve credit” for the programs already rolled out, Ms. Grynol said, “but what we’re seeing is that they are not meeting the mark for the hardest-hit businesses and they need to be further tailored,” Ms. Grynol said.

Another way to tweak current programs is to change the caps associated with the rent-subsidy program, so that the limits on the number of establishments one corporation can apply for are raised, said David Lefebvre, vice-president of federal affairs at Restaurants Canada.

Trevin Stratton, chief economist and vice-president of policy with the Canadian Chamber of Commerce, said the targeted support for sectors is needed because not all businesses have been able to adjust their models in the pandemic.

Restaurants, hotels and live arts and entertainment are among the industries that have struggled more in the pandemic “because their business models almost rely on physical presence for it to work,” he said.

The federal Liberals have been itching to move ahead with an ambitious social and environmental agenda, which was first promised in the party’s 2019 platform and then teased throughout the year as Prime Minister Justin Trudeau and his ministers promised a pandemic-recovery plan that would “build back better.”

The government’s September Throne Speech promised that an eventual recovery plan will create thousands of jobs by retrofitting homes and buildings, fund more public transit and move the country to a net-zero emissions position by 2050. It also promised action on pharmacare and national child care.

However, in an October speech, Ms. Freeland hinted that the government’s recovery efforts will come once the immediate crisis eases.

Armine Yalnizyan, economist and Atkinson Fellow on the Future of Workers, said she supports the notion that details on a recovery plan and a focus on debt and deficits can wait.

Ms. Yalnizyan coined and popularized the term “she-cession” earlier this year to describe the fact that the pandemic is having a disproportionately negative impact on women. She said Ms. Freeland’s comments about deficits are in line with mainstream economic voices such as the International Monetary Fund and central bankers around the world.

“She’s been super clear in messaging what should be done and she is also consistent with this new mainstream economic consensus that is coming out internationally … all saying, basically, do not focus on deficits now. Focus on getting the pandemic under control. And she is singing from the same hymn book,” she said.

“I don’t expect there will be any surprises [in the update]. I think the taps will be kept open on income support and that very little will be announced in terms of the big-picture items of pharmacare and child care and other things that could make a big difference, until we have stabilized our way through the pandemic,” she said.

Ms. Freeland has adopted the term she-cession and it was included in the September Throne Speech as part of a section of pledges related to women and the economy. That speech promised an agenda that included a plan for women’s entrepreneurship and “a significant, long-term, sustained investment to create a Canadawide early learning and child-care system.”

The update is likely to discuss the child-care pledge, but the full plan is not expected to be unveiled next week.

Ms. Yalnizyan said officials clearly need more time to work out the details and negotiate with the premiers, who are responsible for early childhood education.

The Business Council of Canada is calling for a recovery plan, but one that is different from the green-focused program promised by the Liberal government.

The organization’s senior vice-president, Robert Asselin, a former budget director for the Trudeau government, is recommending a stronger focus on innovation, productivity and immigration. He said dealing with the immediate crisis of the pandemic is clearly the priority.

“But obviously that doesn’t preclude – and there’s an urgency – to have a growth agenda with it. Most countries are doing it. They’re not waiting for the pandemic to end. So I think they can do both at the same time,” he said. “But what they had in the Speech from the Throne, in my opinion, was not exactly a growth strategy. It was more, kind of a big grocery list of spending.”

Those who are keeping a close eye on the government’s environmental Throne Speech pledges, such as making zero-emission vehicles more affordable, aren’t expecting to see details until early next year.

“I think it’s more likely that that will be in the budget,” said Brian Kingston, CEO of the Canadian Vehicle Manufacturers Association. Mr. Kingston said he’s been urging officials to consider a scrappage program that encourages Canadians to trade in their older, less-efficient vehicles for something newer and cleaner. 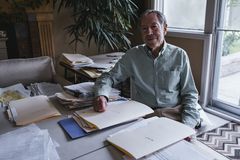 Opinion
Freeland has the power to impose her own economic vision as Finance Minister
Subscriber content
November 25, 2020 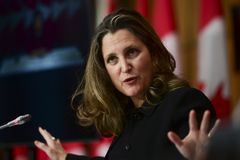 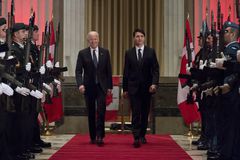