How do you know if a minority government is illegitimate? It gets defeated.

It is that simple. There are lots of problems with minority governments: It can be hard to hold them accountable, or get them to think long-term. But democratic legitimacy isn’t the problem, and nor is figuring who gets the first “turn” at forming a government.

If the current, close polls are right, we can expect a minority government after Monday’s election, and it’s possible that two parties, Justin Trudeau’s Liberals and Andrew Scheer’s Conservatives, will still be arguing over who should govern. And if those polls are right, it could be the first time since Confederation that neither has mustered even a third of the votes cast.

But the rules are clear. And the good news is they don’t allow any prime minister to stay in power very long without the support of a majority of MPs in the House of Commons.

Of course there is spin about the rules. It’s aimed at influencing your vote now, and possibly at influencing the political atmosphere after voting day.

Mr. Scheer spent a couple of days this week arguing that the party with the most seats gets the first crack at forming the government. He’s wrong. Mr. Trudeau said something like it in 2015 – before conceding he was wrong. But it’s not up to them.

First, the legal rules. The prime minister always gets the first crack at forming a minority government. Guy Giorno, who served as chief of staff to former prime minister Stephen Harper and is now a lawyer with Fasken, penned a piece this week about the “realities and myths” of forming government in Canada that concluded there isn’t any confusion about that question.

“Justin Trudeau remains the prime minister until he resigns, dies, or is dismissed,” Mr. Giorno wrote.

Of course, if another party – say Mr. Scheer’s Conservatives – wins a majority, then Mr. Trudeau would be expected to resign. A prime minister needs a majority in the House of Commons to express confidence in them. And a Conservative majority could be relied upon to give Mr. Trudeau the boot.

If no party has a majority, however, Mr. Trudeau can remain prime minister. “Contrary to popular belief, an incumbent prime minister does not need to resign just because another party obtains a plurality of seats in the House,” Mr. Giorno wrote.

In addition, Mr. Scheer argued that there is some sort of political convention that makes prime ministers resign when another leader garners a larger number of seats. There isn’t. Of course, if Mr. Scheer does win the most seats, he’d like people to feel that Mr. Trudeau has no right to stay on – but wishing doesn’t make a convention.

It’s true that since 1925 all prime ministers who finished second resigned, but they were usually a number of seats behind, and would have had a hard time winning a confidence vote. Liberal PM Louis St. Laurent resigned in 1957 when he finished seven seats behind John Diefenbaker, but he knew the other parties were out to defeat him. Provincial premiers that finished second have tried to form a government: Just last year, then-New Brunswick premier Brian Gallant finished one seat behind Progressive Conservative Blaine Higgs, but he tried to form a government anyway.

If you think that’s unfair, don’t worry. Everyone has to meet the same test in the end. It takes a majority vote in the legislature.

Mr. Gallant couldn’t pass that test, so Mr. Higgs is Premier. B.C. premier Christy Clark’s party won more seats in the 2017 provincial election than John Horgan’s NDP did, but the Liberal Leader couldn’t win the support of the Green Party, so she was ousted.

If Canadians elect a hung Parliament this time, they will be leaving it up to MPs. On rare occasions, that can be a coalition. Sometimes there is an agreement where a smaller party supports a larger one on key votes. Usually, a minority government lives vote to vote.

Some hope minority Parliaments foster co-operation between parties, but recent history suggests it can be mistrustful, and secretly negotiated co-operation, like an alliance on the reality-TV show Survivor.

All parties keep an eye out for the next election. Some will try to delay one because they are broke. Minority governments make deals that weren’t part of their platform. But hung Parliaments can also keep a PM on a short leash. After a campaign in which no leader has sparked broad enthusiasm, that may be what Canadians want. 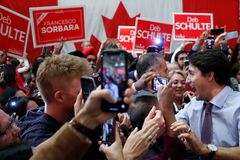 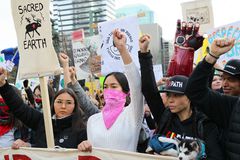 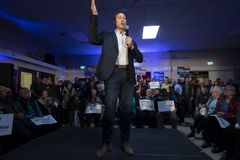