Doctors Without Borders says it is closing its maternity ward in a Kabul hospital over fears of future attacks after gunmen stormed the clinic last month, killing 24 people including new mothers, babies and a midwife with the organization.

On the morning of May 12, three gunmen attacked the clinic and opened fire on mothers in their beds, some who were in labour, and others who were in the clinic that day. No group has yet to claim responsibility for the attack, which lasted four hours. The Afghan government blamed the Taliban, which denied involvement.

Joe Belliveau, the executive director of the organization in Canada, which is also known by its French name Médecins Sans Frontières (MSF), said the targeted nature of the attack has left he and his colleagues shocked.

Mr. Belliveau said the hospital compound is a fortified structure with a well-designed security system, including high walls and guards at the entrance.

“It was a very well planned and co-ordinated [attack], very deliberate,” he said, adding that after an explosion at the front entrance the gunmen got past security and headed straight to the maternity clinic.

While they have not determined who is responsible, he said, it is clear that they knew who they wanted to kill. Mr. Belliveau said about a hundred people were able to flee to safe rooms near the clinic.

“It’s probably one of the spaces and moments anywhere that you could think of where people are more vulnerable … women who are nine months pregnant or even in the delivery room will just have no way to escape.”

Mr. Belliveau said the organization decided to withdraw its staff members from the hospital because of the severity of the attack, its targeted nature and because they do not have any assurances that it will not happen again.

“There's too many variables related to a possible repeat of incidents that we have just decided we can't go back in,” he said.

Mr. Belliveau said that it is possible the Afghan government will step in and run the maternity ward, saying that clinic staff delivered 16,000 babies last year and that it serves a catchment area of about 1.15 million people.

Akmal Samsor, a spokesman for Afghanistan’s health ministry, told Reuters that the loss of the maternity ward was a blow and it hoped MSF would reconsider its decision.

Mr. Belliveau said it is possible they resume their operations in the future, saying that MSF has returned to operations they have ended after incidents in the past, but that it often takes a long time.

Krystyna Dodds, a spokeswoman for Global Affairs Canada, said the ministry does not fund MSF in Afghanistan, but has been in communication with the organization to better understand the impact of the attack on the maternity hospital as well as the overall security situation in the country.

Ms. Dodds said this year Canada has allocated $14-million for Afghanistan as part of its annual global humanitarian funding process, and that additional allocations have been provided for Afghanistan to support its response to the COVID-19 pandemic. 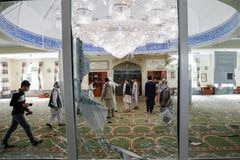 Opinion
Fight, with power: In Battlespace America, there is always war to be waged
June 12, 2020 Taliban say they are preparing for talks with the political leadership in Kabul
June 8, 2020 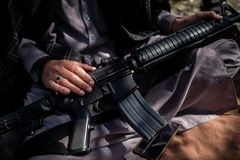