With Election Day just over three weeks away, Donald Trump appears to be finished. The Republican presidential candidate is trailing Joe Biden, his Democratic challenger, by double digits in some recent polls, after the United States was laid low by a pandemic and the economic crisis that followed.

Ted Cruz, the Republican Senator from Texas, warned that, without a sudden turn for the better in peoples' outlook, the Republicans could face a “bloodbath of Watergate proportions."

But when Canadians celebrated Thanksgiving four years ago, Mr. Trump’s future appeared equally bleak. A tape had surfaced in which he bragged of his ability to sexually molest women with impunity.

Many believed there was no way Mr. Trump could come back from that. But just over three weeks later, he scratched together a majority in the Electoral College by winning several key states by the narrowest of margins.

“I would still exercise significant caution. This is a pretty unprecedented year,” said Capri Cafaro, an adjunct professorial lecturer at American University’s School of Public Affairs in Washington, who previously was a member of the Ohio Senate.

In a year marked by a pandemic, a recession and increasing political violence, “anything is possible,” Prof. Cafaro said in an interview.

Regardless of the outcome, the social divisions that brought Mr. Trump to power, and that he stoked over four years of his presidency, will still be there.

Things certainly are looking better for the Democrats today than they did four years ago. In 2016, Hillary Clinton was an unpopular nominee plagued by an e-mail controversy. While support for Ms. Clinton oscillated throughout the campaign, Mr. Biden has consistently led Mr. Trump both in national polls and, more narrowly, in battleground states such as Pennsylvania.

“When we factor in polling, as well as the state of the economy, Biden appears likely to win,” predicted Jake Grumbach, a political scientist at the University of Washington in Seattle. “In this era of polarization, polls have been remarkably stable even in the turbulent year of 2020.”

But variables remain. On Monday, the Senate will take up the nomination of Amy Coney Barrett to the Supreme Court – which, if nothing else, will distract voters' attention from the pandemic and the recession.

Mr. Trump has declared, without evidence, that mailed-in ballots – which are expected to tilt in favour of the Democrats – are fraudulent and that the election is rigged. After Election Day, Nov. 3, Republican lawyers may try to persuade judges in battleground states to disqualify many mailed-in ballots.

Even more worrying is that Mr. Trump’s more fervent supporters may show up at polling stations, trying to intimidate voters or foment unrest.

“I’m really worried about voter intimidation,” said Diana Evans, who specializes in American politics at Trinity College in Hartford, Conn. Whether or not you support Mr. Biden, she said, “I would be concerned about anything that keeps people from voting.”

No matter who wins and when the result is confirmed, American society remains dangerously divided. For decades, white, working-class voters have felt marginalized by the decline in decent jobs for people without college degrees.

Steven Weldon, a political scientist at Simon Fraser University, says he believes Mr. Trump has weaponized that alienation by stoking racial resentments among those voters.

“Racism is a powerful drug,” he said, one that will remain in the American political system even if Mr. Trump loses the election.

“Trump says he is not going to accept the results of the election," Prof. Weldon said. “If you take him at his word, then the period from after the election until the inauguration is going to be full of conflict.”

Can the institutions of the Republic withstand a president who, having trashed all norms and precedents associated with his office, then refuses to recognize the results of an election? “This is a stress test for the American experiment and for our nation’s institutions,” Prof. Cafaro said.

Growing divisions based on racial resentments “are so disheartening to those of us who hoped we were on a different track,” Prof. Evans said. Still, “I am heartened by the embrace of diversity among young people.”

Though “a whole lot of people are going to have to pass from the scene before we see a massive change.” 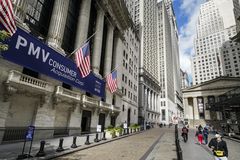