U.S. President Donald Trump is laying the groundwork for a long trade battle with Canada, announcing he will not sign a new North American free-trade agreement ahead of the midterm elections in November.

In an interview on Fox News on Sunday, Mr. Trump showed his displeasure with the results of months of talks with Canada and Mexico, repeated his threat to impose 20 per cent tariffs on cars and said recent tariffs on steel and aluminum imports gave a boost to the U.S. economy.

“NAFTA I could sign tomorrow, but I’m not happy with it. I want to make it more fair.” Asked about the timing of an agreement, Mr. Trump said: “I want to wait until after the election.”

As $16.6-billion in Canadian countermeasures against the American steel and aluminum tariffs came into effect on July 1, Prime Minister Justin Trudeau vowed to continue offering support for Canadian workers caught in the crosshairs of the Canada-U.S. trade battle.

Traveling from Southern Ontario to Saskatchewan to Yukon on Canada Day, Mr. Trudeau called on Canadians to stick together as some companies benefit and others suffer from the American tariffs and Canadian countermeasures. Last week, the federal government announced up to $2-billion in financial aid to companies affected by recent U.S. tariffs on their exports.

“We celebrate Canada on this day; we also celebrate Canadians. It’s an opportunity for us to stand together, to lean on each other,” he said at a tomato-processing plant in Leamington, Ont.

Mr. Trudeau’s comments were broadcast live at the Canada Day noon show on Parliament Hill, where a small crowd of about 6,000 braved a heat wave to celebrate the country’s 151st birthday.

Mr. Trump and Mr. Trudeau spoke on the phone last Friday. According to the Prime Minister‘s Office, Mr­. Trudeau explained that Canada had “no choice” but to retaliate against the American steel and aluminum tariffs.

Foreign Affairs Minister Chrystia Freeland has promised that an “intensive phase” of talks in the NAFTA renegotiation would start after Sunday’s election in Mexico.

However, officials from the Office of the United States Trade Representative have indicated that they likely would not cut a deal before the end of the year. For one, they believe a postmidterm Congress – in which protectionism-friendly Democrats may have a majority – is likely to be more sympathetic to the administration’s NAFTA aims than the current free-trading Republicans who run the place, said sources with knowledge of the negotiations.

In any event, the current Congress does not likely have time to deal with NAFTA ratification in its short window before the elections, particularly with Mr. Trump pushing for approval of a Supreme Court appointment this fall.

Daniel Ujczo, an Ohio-based trade lawyer with steel- and auto-sector clients, said waiting to submit the deal to the new Congress would avoid having to go through the same consultation process twice.

“This should not be confused with negotiations being stalled until after the midterms,” he said. “Negotiations – particularly on auto rules of origin and the related steel and aluminum tariffs – will commence in mid-July.”

In his television interview, Mr. Trump said the impact of American tariffs of 20 per cent on steel and 10 per cent on aluminum paled in comparison to the impact of potential tariffs on cars and car parts entering the United States. “The big thing is the cars.”

He once again railed against Canadian tariffs on dairy products, while boasting that his protectionist measures have boosted the fortunes of American companies.

“Look at what is happening with the steel companies, they are expanding, they are going wild. ... If you look at what’s happened to steel and aluminum, we have practically built a new industry in a period of four, five months. It’s incredible what is happening,” he said.

Some members of the U.S. administration believe they are more likely to get a good NAFTA deal if Andres Manuel Lopez Obrador, the leftist leading polls in Mexico’s presidential election, wins on Sunday. Mr. Lopez Obrador is seen as not being beholden to United States and other multinational auto companies that oppose Mr. Trump’s changes to NAFTA – unlike current President Enrique Pena Nieto.

Mr. Lopez Obrador has indicated that he favours higher wages in the auto sector, a key U.S. demand. The new Mexican president does not take office until Dec. 1, but the Pena Nieto administration has said the president-elect’s team will be involved in NAFTA talks.

The Trump administration has in the past been divided on cutting a NAFTA deal. In May, Canada offered a deal in which it would agree to U.S. demands on the auto sector and loosen the supply management system for dairy, in exchange for the United States dropping its other tough demands, said sources with knowledge of the proposals.

Five things to watch for in the Canadian business world in the coming week
Subscriber content
July 3, 2018 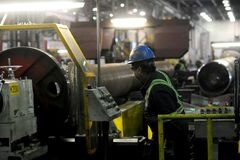 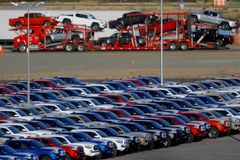 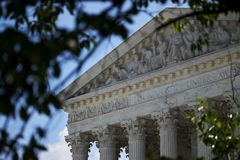