Being in the running to become Canada’s prime minister is “surreal” given his experience growing up looking very different from how he used to picture the country’s leaders, NDP Leader Jagmeet Singh says.

Singh told a virtual event that he was made fun of for his appearance as a child and would have never imagined himself as an elected official, given how many political leaders are not people of colour.

“I know people had it a lot worse,” he said on Instagram Live. “But if you asked me, ‘What did a leader look like?’ I would’ve described every other prime minister before.”

His comments came after he opposed Bloc Québécois Leader Yves-François Blanchet’s comments equating the experience of Indigenous people to the treatment of Quebeckers.

In Thursday night’s English-language debate, 18-year-old Marek McLeod, a first-time voter from Sault Ste. Marie, Ont., asked federal party leaders how they would restore trust after more than 150 years of “lies and abuse” to Indigenous people.

In his response, Blanchet said that no one should tell any nation what to do and that every nation, including Quebec, should be recognized as such and treated like an equal.

Singh said Friday in Ottawa that he wouldn’t equate the injustices faced by Indigenous people to those faced by Quebeckers.

“I wouldn’t make that equivalence, so I don’t agree with that portion, but it is true to say that francophones across Canada face systemic discrimination because of the language they speak,” he said.

Systemic racism and discrimination are found across Canada and can be seen in the fact that many Indigenous communities don’t have clean drinking water, Singh said.

The NDP leader, who has been fending off accusations by Blanchet that he is not doing enough to denounce “Quebec bashing,” is fighting to improve the party’s poor showing in the province during the last election, when they eked out just one seat.

Singh also revealed the NDP will release the full costs of its campaign promises on Saturday, just over a week before election day on Sept. 20.

The NDP will be the last of the three major parties to release its costing, but Singh said Canadians already know what the NDP are proposing, including universal pharmacare, affordable child care, dental care and a tax on the wealthy to pay for its campaign promises.

Singh arrived in Burnaby, B.C., on Friday afternoon to participate in advance voting. He spoke briefly with reporters afterward, talking about the strange nature of casting a ballot in his own name.

“What a cool feeling. It’s a giddy thing,” he said, adding that it seemed “silly” to feel so excited about voting for himself.

He took selfies and spoke with supporters before leaving for the Instagram Live chat.

Singh told the virtual event that immigrants to Canada are often afraid or insecure about demanding change, and he wants to amend that.

“I feel there’s this insecurity sometimes when they’re new to Canada and sometimes they don’t want to rock the boat or complain,” he said. “And I’m like, ‘This is your home.’ ”

He added that he disagrees with the election being called as Canada deals with the fourth wave of COVID-19 and shops struggle with a loss of business.

“It was a horrible decision and Justin Trudeau should’ve never done it,” Singh said. 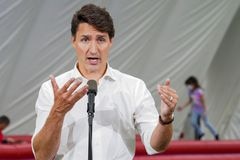 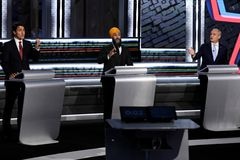 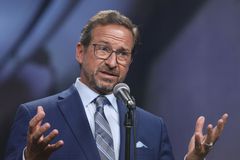