The Liberal government relies on a large network of party officials and supporters to decide which lawyers receive sought-after judicial appointments, e-mails obtained by The Globe and Mail show.

Liberal MPs, ministerial staff members and even party volunteers have been involved in candidate vetting since the federal government revamped the process in 2016, after having accused the previous Conservative government of politicizing appointments.

Opinion: Canadians need to know more about the judges who increasingly rule their lives

The dozens of e-mails between ministerial staffers from 2017 and 2018 detail widespread partisan involvement in the selection of new judges, offering unprecedented insight into the inner workings of the current judicial appointment process. The e-mails also show clear tensions during that time frame between the minister of justice’s office, which handles the appointment process, and the Prime Minister’s Office, which collaborates on those decisions.

The PMO ensures Liberal MPs are consulted on all nominations in their ridings, the e-mails show, using the judicial candidates’ postal codes to determine where they live. In 2018, a member of the PMO’s appointment branch asked then-justice minister Jody Wilson-Raybould’s office for the results of MP consultations for more than a dozen candidates, despite the concerns of her judicial affairs adviser, François Giroux.

“Regardless of what François thinks re. judicial consults, we should be able to see the specific caucus feedback,” PMO staffer Cameron Wilson wrote in an e-mail to Laura Berger, another aide in Ms. Wilson-Raybould’s office who worked on judicial appointments.

Regardless of what François thinks re. judicial consults, we should be able to see the specific caucus feedback

Judges at the federal level are appointed by the prime minister on the advice of cabinet after a recommendation from the justice minister. The Liberals say changes they made – including giving more independence to arm’s-length judicial advisory committees that create pools of eligible candidates – ensure the process is transparent and merit-based.

The e-mails do not offer evidence the government is breaking any rules, but show steps in the appointment process that are not laid out publicly on any government website.

In a statement, PMO spokeswoman Chantal Gagnon said the Liberal government reformed the process “after years of patronage by the Conservative government.”

“It would be irresponsible not to consult a wide range of people including elected members of Parliament, when considering such an important life-long appointment. The government consults with Chief Justices, Regional Justices, senior members of the bench, bar associations, the law society and our elected officials on the recommendations made by the judicial advisory committee,” she said.

The e-mails obtained by The Globe show the extent to which Liberals consult outside of government on judicial appointments.

The e-mails reveal that Colleen Suche, who is a judge on the Manitoba Court of Queen’s Bench, and her husband, former minister and current MP Jim Carr, supported identical lists of candidates in separate communications with the office of Ms. Wilson-Raybould in 2018.

“His ranking aligns 100% with the feedback provided by his wife,” Ms. Berger told Ms. Wilson-Raybould in an e-mail.

Ms. Wilson-Raybould and Mr. Carr, who was minister of natural resources and then international trade during the first Liberal mandate, clashed over candidates for judicial appointments in Manitoba.

“Carr is calling me – all upset I suspect,” Ms. Wilson-Raybould wrote to her staff in February, 2018, asking for an update on candidates whose appointments were set for cabinet approval.

In relation to an appointment to the Manitoba Court of Queen’s Bench, an e-mail says Justice Suche informed Ms. Wilson-Raybould’s office of her hope that Ken Champagne would not be given a “leadership position” such as associate chief justice. Ms. Berger said in an e-mail that the plan had always been to appoint Justice Champagne to a regular position on the court.

“He’s Métis and has strong experience as a Crown and provincial court judge in all parts of the province. His application was thoughtful, beautifully written, and showed sensitivity to the reality of litigants,” Ms. Berger wrote.

In a separate round of appointments later that year, Mr. Carr’s office contacted Ms. Wilson-Raybould’s office over two candidates who were not on the list supported by Mr. Carr and Justice Suche.

The PMO’s director of appointments, Hilary Leftick, told Mr. Giroux that both ministers needed to come to an agreement at the risk of delaying appointments in Manitoba.

“She suggested that you touch base with Min. Carr prior to tomorrow’s [caucus meeting]. If this matter has not been sorted out … she will ask that the two names be pulled from the list for the time being,” Mr. Giroux added.

A spokesman said Mr. Carr – who is undergoing cancer treatments – was not available on Monday, while Justice Suche could not be reached for comment. The PMO did not respond to questions on the role played by Mr. Carr and Justice Suche in the appointment process.

E-mails between ministerial staff members are usually not accessible to the public because they do not fall under the purview of the Access to Information Act. The e-mails obtained by The Globe show that at least one ministerial assistant went further and asked to use encrypted applications on BlackBerrys to discuss potential appointments.

“Can I have your PIN? Easier to send the recommendations,” Kevin Lavigne, who was New Brunswick Minister Dominic LeBlanc’s director of operations at Fisheries, asked in a 2018 e-mail to Ms. Berger.

In an e-mail six days later to Ms. Berger, Mr. Lavigne wrote that he had had “a good chat with my boss” and asked Ms. Berger whether they could speak on the phone.

Mr. Lavigne could not be reached for comment on Monday, while Ms. Gagnon said the government “follows all record keeping laws and guidelines.”

Another e-mail involved a Liberal supporter who advocated on behalf of two possible candidates. In 2018, Jessica Prince, then-chief of staff to Ms. Wilson-Raybould, relayed information to Ms. Berger and Mr. Giroux from Mitch Frazer, whom she described as a “Liberal connected lawyer.”

In the e-mail, she pointed out Mr. Frazer had previously organized a fundraiser for Ms. Wilson-Raybould and was an acquaintance of Finance Minister Bill Morneau, “so, you get a sense of where this is coming from.”

“Got a call from Mitch Frazer … He wanted to flag two judicial candidates that he wanted us to know he supports,” Ms. Prince wrote about lawyer Jana Steele and Justice Julie Thorburn.

Ms. Steele remains in private practice. While Justice Thorburn had been appointed to the Ontario Superior Court by the previous government of Stephen Harper, Mr. Frazer informed Ms. Wilson-Raybould’s office that she “is not a Conservative” and is “philosophically aligned with the PM and this government.”

Justice Thorburn was promoted to the Court of Appeal by David Lametti, who became Justice Minister in January, 2019.

In an interview, Mr. Frazer said he avoided speaking with Ms. Wilson-Raybould about judicial appointments because he had hosted her fundraiser. A partner at Torys LLP in Toronto, he added he has been regularly consulted over the years on appointments by officials working for Liberal and Conservative governments in Ottawa and Toronto.

Ms. Gagnon of the PMO said that “political activity or donations have no impact on a person’s candidacy or the selection process … We believe Canadians have the right to engage in the democratic process and we encourage them to exercise these rights regardless of political stripe."

The e-mails also show that Mathieu Bouchard – a lawyer and former senior adviser in the PMO – kept a close watch on judicial appointments, especially in Quebec. In his communications with Ms. Wilson-Raybould’s office, he sought regular updates on which lawyers had applied, the status of their applications in front of judicial advisory committees and offered his insight on potential candidates and applicants.

Mr. Bouchard wrote in one e-mail that he had received comments on eight potential judges in Quebec from two unidentified contacts in the legal community, who “themselves consulted other people” on the candidates.

In another, he said he would consult “a tax litigator friend of mine” on candidates to the Tax Court. In that same e-mail chain, Ms. Berger said that she had consulted with “folks we trust in the tax law world” on the same candidates.

When Ms. Wilson-Raybould was minister of justice, she was encouraged by the PMO to increase the role of Liberal caucus members in the appointment process, according to the e-mails. In October, 2018, she organized a “pizza night” with MPs to show how their input was valued.

As part of the planning for the event, Ms. Wilson-Raybould’s office compiled a list of MPs who have been pro-active in promoting candidates for judicial appointments, which included Chris Bittle, Nathaniel Erskine-Smith, Anthony Housefather, Mr. Lametti, James Maloney, Geoff Regan and Nick Whalen.

The Liberals modified the process under which the federal government appoints judges to superior and federal courts in 2016, giving greater independence to the seven-member advisory committees that evaluate the candidates for appointments.

The 17 committees – which review applications on a regional basis – are made up of members appointed by the government to represent the general public and members who are appointed by the provinces and the legal community. The committees are asked to rank candidates who make the cut as either being “recommended” or “highly recommended,” which is designed to favour “truly outstanding candidates.”

However, there is no public disclosure of the percentage of new judges who were “highly recommended” compared with those who were simply “recommended” under the current government. The PMO said that advisory committees have received 1,569 applications since 2016, and that there have been 239 judicial appointments among the 295 highly recommended and 259 recommended candidates.

The Globe reported last year that the PMO also vets potential candidates with a private Liberal Party database called Liberalist to see whether they had given money to the party in recent years, participated in party activities and even put up Liberal election signs. 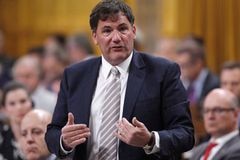 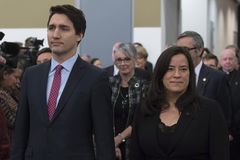 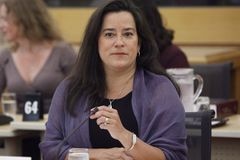