Whatever plans the Liberal, Conservative and NDP war rooms had in place for the opening days of the federal election campaign probably did not include the Taliban in Afghanistan, an electoral upset in Nova Scotia, and a debate that went sideways over vaccines.

The victory by the Progressive Conservatives in Nova Scotia may not matter all that much. Voters tend to put one political party into office provincially and another federally. Still, the only Liberal provincial government left in the country is Newfoundland and Labrador. It’s hard to put a pro-Liberal spin on that.

When Nova Scotia Liberal Leader Iain Rankin took the province into a summer election even as the fourth pandemic wave began its ascent, his party was well ahead in the polls. But campaign stumbles and a strong focus by the PCs on health care funding combined for a surprising Tory win.

“Not just here in Nova Scotia, but in all of Canada, we proved that just because there is a pandemic, doesn’t mean government gets a free pass,” a jubilant Tim Houston, the incoming premier, told supporters Tuesday evening. It’s not lost on anyone that Liberal Leader Justin Trudeau is taking the same gamble as Mr. Rankin.

The issue of requiring workers in the federal government to be vaccinated has also surprised election watchers. When Mr. Trudeau announced the new requirement, Conservative Leader Erin O’Toole’s response – that federal workers should get vaccinated, but that a Conservative government would not force it upon them – appeared to be a certain vote-loser, since polls show most Canadians support restrictions on the unvaccinated.

“This is the first big mistake of #elxn44,” Gerald Butts, former principal secretary to Mr. Trudeau, tweeted. “It will stick and it will hurt.”

But then a web posting from the government’s chief human resources officer appeared to suggest that federal workers could substitute testing and screening for proof of vaccinations, which is more or less the Conservative position. Then that post was taken down.

The Conservatives, in (gleefully) righteous indignation, demanded that Janice Charette, interim clerk of the Privy Council, investigate the blunder. They surely knew that Ms. Charette might well be investigating herself. Meanwhile, the head of the Public Service Alliance of Canada announced the union “will not stand” for the termination of workers who refuse to be vaccinated.

Neither Mr. Trudeau nor Mr. O’Toole came out of this looking good.

Finally, it’s hard to imagine that any of the political parties expected events in Afghanistan to play such a dominant role in the first week of the campaign. But the swift collapse of the regime has left many Afghans who worked for, and with, Canadians frantically trying to escape the wrath of the Taliban. Mr. Trudeau has spent much of this week explaining why his government didn’t move more swiftly to extricate evacuees.

Afghanistan, vaccines and the Nova Scotia election are wild cards that have pushed all three federal party leaders off message. But because this election campaign is about whether the Liberals deserve a majority government, the Grits have been hurt the most.

On Wednesday, for example, Mr. Trudeau wanted to talk about additional funding to train wildfire crews. But most questions from journalists focused on the Nova Scotia election, Afghanistan, vaccines, a sexual-assault charge against Major General Dany Fortin, and inflation. On that last issue, Tories quickly circulated his flippant response: “You’ll forgive me if I don’t think about monetary policy. You’ll understand that I think about families.”

The Liberals are not getting their message across.

Meanwhile, both the Conservatives and the NDP have released their election platforms. NDP Leader Jagmeet Singh is conducting himself like an old pro, while Mr. O’Toole has been confident and relaxed in his public appearances.

Since they’re the incumbent party and leading in the polls, the Liberals were certain to be given the rougher ride at first. Mr. O’Toole is a rookie leader, and will certainly make rookie mistakes. (He should apologize for that ridiculous Willy Wonka pre-election spoof.)

But in these opening days, the opposition leaders have reason to feel encouraged, while Mr. Trudeau has reason to be concerned. 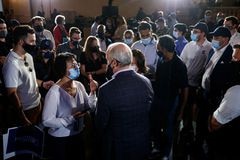 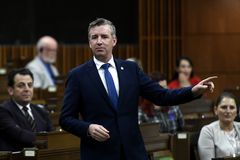