The man whose position on climate change is at the centre of a controversy over partisan campaign rhetoric weighed in Monday, saying Elections Canada is stifling free speech if environmental groups can’t produce ads that describe global warming as a real crisis borne of human behaviour.

Maxime Bernier, leader of the nascent People’s Party of Canada and an outspoken climate-change denier, was responding on Twitter to the agency’s warning that ads that discuss the legitimacy of the phenomenon – including paid social media placements – could be considered partisan simply because of the position of the People’s Party.

In a word, Bernier summed up Elections Canada’s position as “absurd.”

“The law should only regulate real partisan advertising, which is when there is mention of a candidate or party by name,” he said.

The Canada Elections Act does indeed restrict any third-party advertising. During the pre-writ period before the campaign officially begins, the law only affects advertising that specifically mentions a candidate or party, which the Act calls “partisan” advertising. As soon as the writ drops, the restrictions also apply to advertising that takes a position on an issue a party or a candidate has given, as well as those that mention a party or candidate by name. This is referred to in the Act as “election advertising.”

Once the costs of such ads hit $500, the third party must register with Elections Canada, produce records and financial reports and limit the amount of advertising it undertakes.

“There are hundreds of potentially contentious issues that could be considered partisan if this rule were to be applied consistently,” Bernier said.

Natasha Gauthier, a spokeswoman for Elections Canada, said the climate-change warning was just an example of an ad that could fall into the “election advertising” category, and that any decision about specific ads or activities would be decided on a case-by-case basis and only if there is a complaint. That decision also will be made by the commissioner of Canada elections.

Elections Canada does not know in advance what issues might come up during the campaign, Gauthier added, but said if a party or candidate takes a position on something, any organization that advertises or does work on that issue will need to make sure they comply with the law. For example, an association promoting the benefits of forestry jobs could find its ads offside if a party suddenly makes forestry jobs a campaign issue, she warned.

Third parties should “be careful, because it depends on the situation,” Gauthier said, adding that the rules around advertising are not new.

Even so, the agency’s decision to cite climate change as a specific example has left environment groups feeling muzzled, and others wondering how far partisan labels will go.

“This is lunacy,” said Green party Leader Elizabeth May. “Elections Canada is not a lunatic organization so I trust they will clarify and eliminate this ruling.”

If Bernier were to suddenly say he believes smoking is good for people, May wondered aloud, would any organization that promotes the health dangers of smoking suddenly be deemed partisan? Others on Twitter questioned whether the earth being round could suddenly become a partisan statement if a candidate were to publicly insist the earth is flat.

Prime Minister Justin Trudeau said he will look very closely at what Elections Canada has said, but added that he trusts them to make independent decisions about the Canada Elections Act.

“But I think the whole question highlights the fact that it is so frustrating that there are still conservative politicians in this country who don’t think climate change is real and certainly don’t think we should be doing anything to fight it.”

Several organizations say they now are planning to withdraw any advertising during the writ period that may discuss the scope of climate change, even though it doesn’t mention any party or politician by name.

“We’re screening everything we post or boost online,” said Keith Stewart, a senior energy strategist at Greenpeace Canada. “Greenpeace Canada will continue to talk about climate change but we won’t be paying to boost that online or take out ads in newspapers.”

Stewart said Greenpeace registered last time, but described the process as onerous and time consuming – not worth it in 2019 for the roughly $2,500 worth of ads they did in 2015.

Greenpeace is not a charity, but there is added pressure on environmental groups that are who fear a Canada Revenue Agency audit should Elections Canada suddenly deem their activities to be partisan, Stewart said. The CRA has rules on partisan behaviour, and even if charities believe they are in compliance, the cost and time associated with an audit could cause them to rethink their campaign activities, he said.

New rules in legislation passed by Parliament last year also created new limitations on third-party activities that are not related to advertising. Restrictions on partisan activities could prevent organizations from assessing party policies or platforms, for example, something that was often done in the past.

While the rules don’t bar such activities entirely, they do require an organization to decide when the cost exceeds $500, and trying to determine the staff costs and overhead associated with responding to a platform is difficult enough that many organizations simply might avoid it entirely.

Trevor Melanson, a communications manager at Clean Energy Canada, said under the new rules, his organization resisted issuing a statement when Conservative Leader Andrew Scheer said he was going to get rid of the clean fuel standard being introduced by the Liberal government. Melanson said the standard is an issue his organization has spent years studying, and felt restrained from speaking out about it.

“It has a very real chilling effect on us,” he said.

Stewart said he has some sympathy for Elections Canada “trying to deal with growing concerns with third parties trying to manipulate elections.”

But turning facts into partisan fodder isn’t something the agency should tolerate, he added: “The aggravating thing here for me is science is not partisan.” 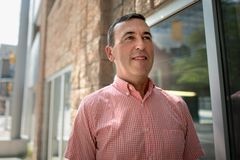