After more than a decade as one of the most recognizable advocates for the environment in Canada, Elizabeth May announced Monday she has resigned as leader of the Green Party.

Ms. May rose in federal politics from a party leader with no seat in the House of Commons, to the federal leader debates, and then to MP. Now with three Green MPs, she told reporters in Ottawa it’s time for someone else to take a shot at the top job.

“I’m very excited about this, I wanted to choose a moment when we had had a lot of success before leaving,” Ms. May told reporters on Parliament Hill.

Her announcement came two weeks after a bittersweet federal election result in which the party elected more MPs than ever before, but fell well short of expectations. Despite expanding their support, the Greens will hold less sway than the other opposition parties because they don’t hold the balance of power in the minority government.

“I’ve always kept my word and I’ve never lied and I think that’s important,” she said when asked what her greatest achievement has been.

Ms. May, 65, was joined at the news conference by her husband, John Kidder, and her two MP colleagues Paul Manly and Jenica Atwin. She said her exit makes good on a promise to her daughter that the 2019 election would be her last as leader, but she will stay on as an MP for Saanich-Gulf Islands and run in the next election.

Ms. May said she will still be the party’s parliamentary leader. Jo-Ann Roberts, who ran for the Greens in Halifax in this year’s election and came in third, will be the party’s chief in the interim until a new leader is elected next October at a convention in PEI.

“As a voice of principle and reason on issues such as climate change, she has elevated the national conversation and forced other parties to take bolder positions,” Mr. Weaver said in a statement.

While it’s the end of a chapter, Ms. May, who has led the party for 13 years and through four elections, made it clear she’s “not done yet.”

“I am not stopping my work, the climate crisis is as critical as ever," she said.

Even when she was a solo MP, Ms. May made sure her voice was heard in the House of Commons, defeated Conservative MP Lisa Raitt said in an interview Monday. Ms. Raitt added that in 2012, Ms. May was one of the opposition leaders who forced the House to sit overnight and vote on hundreds of amendments to the Conservative’s omnibus budget bill.

Ms. May introduced more than 300 of the amendments, and didn’t miss a single vote over the 22-hour sitting – although all of the proposed changes were defeated.

“She made some significant moves that caused some great discomfort,” Ms. Raitt said, adding the “fortitude of Liz May” is one of the things that she remembers from the fractious time in Parliament.

Ms. May has mused about stepping down since the 2015 election. She had previously suggested the 2019 election was her last as leader, but until Monday hadn’t detailed her plans.

Ms. May told reporters her “hopes were higher” for the election, but she noted the party won more than one million votes across Canada and doubled its vote in Quebec.

Last week, Quebec’s Green Party Leader Alex Tyrrell and a small group of Green Party members from across the country launched a petition calling for a “free and fair leadership race."

Mr. Tyrrell, who is considering a run for the federal job, said he started the petition because Ms. May was sending mixed messages about whether and when she would step down. Ms. May said the petition had no bearing on her decision.

Mr. Tyrrell credited Ms. May for taking the party to “new heights,” but said her position on issues such as abortion and Quebec independence were “problematic” and hurt the party’s prospects.

Ms. May disputed that she created confusion over her party’s position on abortion and said her only error was answering questions directly instead of using talking points as the other leaders do.

Both Mr. Manly and Ms. Atwin said they won’t run for the leadership.

For more than a decade, Ms. May has been the only woman to lead a federal party in an election. Promising to be agnostic during the leadership race, she didn’t weigh in on who she hopes succeeds her, but said she knows many diverse people who are considering running.

“Although I want to engage people of colour and LGBTQ Canadians and Indigenous Canadians, I have nothing against white men, even old white men, I just married one,” she said. 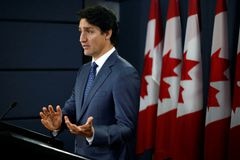 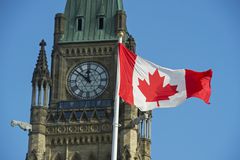 Energy lobbyists plan to reach out to more opposition parties, including NDP
October 28, 2019 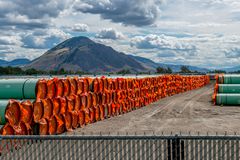