The oil and gas industry has come up with a hopeful notion that every time Canada exports more natural gas, it could count as a reduction in greenhouse gas emissions – and Conservative Leader Andrew Scheer seemed to approve of the idea on Monday.

It is such a tempting notion that you can see why politicians want to embrace it. It is a bit like telling the Canadian energy industry, and the people whose livelihoods depend on it, that they can have it all: If they build liquefied natural gas (LNG) plants, it will reduce, rather than increase, Canada’s GHG emissions.

The problem is that it’s not going to come true any time soon, and not without paying a cost each time a cubic foot of natural gas is exported. You know, like a carbon tax.

It’s not clear whether Mr. Scheer is going to include the idea in his hotly awaited climate plan, which he has promised to unveil within weeks. When he was asked about it Monday, he sounded positive: “I believe that, as you will see in the environmental plan that is coming very soon, that we can do more for the planet when we take advantage of some of the things that Canada can do here at a lower rate of emissions,” he said.

It’s hard to be sure what that means. But the LNG credit idea is worth examining because it’s so tantalizing to politicians. The Liberal government’s Natural Resources Minister, Amarjeet Sohi, also suggested that LNG exports could one day garner credits. But at this stage, it is still wishful thinking. So if Mr. Scheer or any other politician wants to count LNG exports as a major way to meet emissions-reductions targets, it won’t add up. Not yet. Probably not ever.

There is supposed to be a system of credits built into the 2015 Paris accord on climate change, called internationally transferred mitigation outcomes, or ITMOs. They would allow countries to account for international cap-and-trade schemes and could also create an incentive for one country to help another with a project that will reduce emissions, such as replacing a coal plant with a wind farm.

That has some suggesting LNG exports are Canada’s silver-bullet solution to meeting targets for emissions reduction. If countries in Asia replace their coal-fired electricity plants with natural gas plants, that would reduce emissions, since natural gas is less carbon-intensive – so perhaps, some say, Canada could claim credits for exports of LNG. The Canadian Association of Petroleum Producers circulated an article promoting the idea in March. Two other energy industry associations endorsed it. CAPP’s director of climate change, Patrick McDonald, said in an interview that if the fuel produced by one LNG plant were used to replace coal in Asia, it would reduce GHG emissions by roughly 100 megatonnes – an amount roughly equal to the annual emissions from Alberta’s oil sands. If Canada could claim a share of the credit for that reduction, it would make a big impact on meeting climate-change targets.

It’s not that simple. For one thing, there are no rules yet on how ITMOs should work; so far, countries cannot agree. Mr. McDonald said thus he can’t estimate the impact precisely.

But there’s a more basic reason why Canada can’t simply claim credits for LNG exports. “It’s that it takes two to tango,” said Jason Dion, the lead researcher with Canada’s Ecofiscal Commission. Two countries have to agree to share the credits.

If an Asian country replaces coal with Canadian LNG, the Asian country’s emissions will be reduced, not Canada’s. If they’re buying the gas at global market prices, they have no incentive to share emissions credits with Canada. Those credits would have economic value, Mr. Dion noted. Why would a country give them when they buy gas?

If Canada wanted to earn ITMOs for its LNG, it would have to offer something else with it, Mr. Dion said. If Canada provides aid for a foreign country to replace a coal-fired plant with a natural gas plant, then the recipient country may want to share some of the credit for the emissions reductions. “We can’t pretend it would be cost-free,” Mr. Dion said. That cost would make exporting LNG more expensive.

In other words, Canada won’t simply be able to claim emissions reductions for its exports of LNG. There’s a price. And at the moment, without any rules for how it would work, there’s no way to add it up. 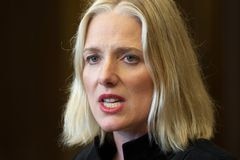 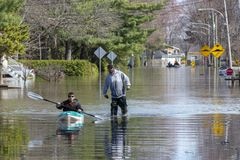 Trudeau will attempt to change channel from SNC-Lavalin, focus on climate plan
March 3, 2019 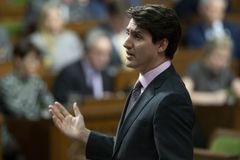