Several energy industry executives are listed as organizers for a federal Conservative Party fundraising event that featured Leader Andrew Scheer, providing another sign of how Canada’s oil patch is working to oppose the Liberal government’s record in an election year.

During the June 4 event at Calgary’s Westin Hotel, Mr. Scheer chatted onstage with radio host Danielle Smith, a former leader of the provincial Wildrose Party, and then took questions from the audience.

Documents filed with Elections Canada show the June 4 gathering included some of the key industry players who were involved in a secret April meeting that Mr. Scheer and two Conservative campaign strategists attended with Calgary energy executives.

At the time, those executives said the April 11 meeting at the Azuridge Estate Hotel in the foothills of the Rockies was non-partisan.

The documents list 146 participants at the June 4 Conservative event and state that the “required” contribution amount to attend was $1,600.

However, Conservative Party spokesperson Cory Hann said the party’s written answers in Elections Canada’s form – which is called a Regulated Fundraising Event Report – do not fully reflect what happened. He said the event was not a fundraiser and was open to people who had not donated to the party.

“This was a free, meet and greet event for both donors and non-donors, and therefore did not raise money,” he said in an e-mail. About half of those in attendance had donated $1,600 to the party this year, Mr. Hann said, which triggered the need to file a report.

Political parties are required to disclose attendance lists for fundraising events as a result of Bill C-50, a Liberal government bill that took effect in December.

Canada’s energy sector is strongly opposed to the policy direction of the Liberal government under Prime Minister Justin Trudeau and is showing signs of increased involvement in this year’s federal election campaign. The main sources of irritation are the imposition of a national carbon tax in provinces that do not have their own qualifying carbon-pricing system and disagreement over federal approval rules for large projects such as pipelines.

Mr. Scheer has made his opposition to the federal carbon tax a key theme of the Conservative Party’s political advertising message.

The Conservative Party’s declaration to Elections Canada related to the June 4 event with Mr. Scheer lists several energy executives as organizers. None of them are registered as individuals to lobby the federal government.

The Conservative Party said Mr. Wall, Mr. Wilson and Mr. Waterous were listed as organizers “out of an abundance of caution” because they had been included in some of the discussions as the event was being planned. Mr. Waterous told The Globe and Mail he also attended a Liberal Party event in July and has no formal affiliation with any party.

Various companies and organizations connected to the event said that their executives or board members were participating in a private capacity and were not representing the company.

Michael Binnion, CEO of Questerre Energy Corp., attended both the April 11 strategy meeting and the June 4 fundraiser. He is also a member of the board of governors of the Canadian Association of Petroleum Producers.

CAPP has registered as a third party for the federal campaign, in accordance with Bill C-76, another elections law change that took effect this year. The law requires groups to register as third parties if they intend on engaging in partisan activity during the campaign or pre-campaign period that is currently in effect.

Stacey Hatcher, CAPP’s vice-president of communications, said the organization is non-partisan but registered as a third party as a prudent step to ensure it complies with the provisions of C-76.

-With files from Shawn McCarthy 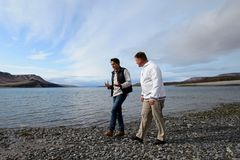 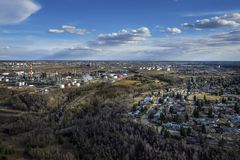 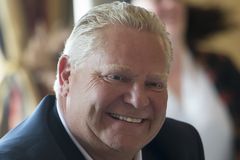